When Cloudy Days are Good.

With changes happening so quickly for the SAP Lumira solution set, I thought it was time to revisit some aspects of Lumira that I had been neglecting.

As a Lumira specialist, my entire day is spent talking about, figuring out things in, writing about, designing for, teaching about, and using Lumira. Of those, the area that has been the most neglected recently, has been the using aspect. Most of my “use” of Lumira lately has revolved around downloading and uninstalling older versions of Lumira to do trouble shooting (Here’s a support tip for people using SP11…update if you are able to. The new versions are much more user friendly and those things that you want to do in SP11, but can’t, most likely can be done in the new version).

I’m almost ashamed to admit, that I am not up-to-date on all the advancements made with Lumira. Luckily, you guys are extremely active in posting what you have discovered with Lumira, and also, how to use those discoveries you have found. You’re really a very clever bunch, and should give yourselves a pat on the back. With people like Tammy Powlas, Clarissa Dold, my team-mates Irshaad Bijan Adatia, and Anthony Gandouin, and of course Henry Banks posting new features, explaining how they work, and helping the rest of us figure out how to do the things we want to do with Lumira, our SCN Community is the place to go for insight and answers on all things Lumira.

Of course the people I mentioned above are not the only people active on the Lumira SCN site. There are several of you that contribute on a regular basis, letting us know your experiences, showing your work, and telling us about new features. One such person is Christina Obry. She is SAP Lumira Cloud. I have been noticing an increasing number of posts from her on the SCN. I was aware that a new version of Lumira Cloud was being released to coincide with the release of Lumira SP14 desktop, but must admit (again), I really hadn’t paid too much attention as most of my focus was making sure I brushed up on the new version of Lumira Desktop, by reading such posts as Getting Familiar with Lumira SP14 – Latest Release by Tammy Powlas. I decided to start looking into what Christina was posting, and was happy I did.

I’ll preface this by divulging something about myself…I am a Mac user. There, I said it. Something about the way the backlit keyboard clicks I think. Having said that, SAP currently doesn’t have a native application for the Lumira desktop version, so Apple users rely on the Lumira Cloud on their Mac’s, and MOBI on their mobile device to sort through and share their mounds of data. The new version of SAP Lumira Cloud, makes that experience a lot better now.

After you import your data set from the Lumira Desktop, you’ll notice something called, “Visual Discoveries.” This is a new feature in Lumira Cloud that allows even the most casual user the ability to start using their data to tell a story. 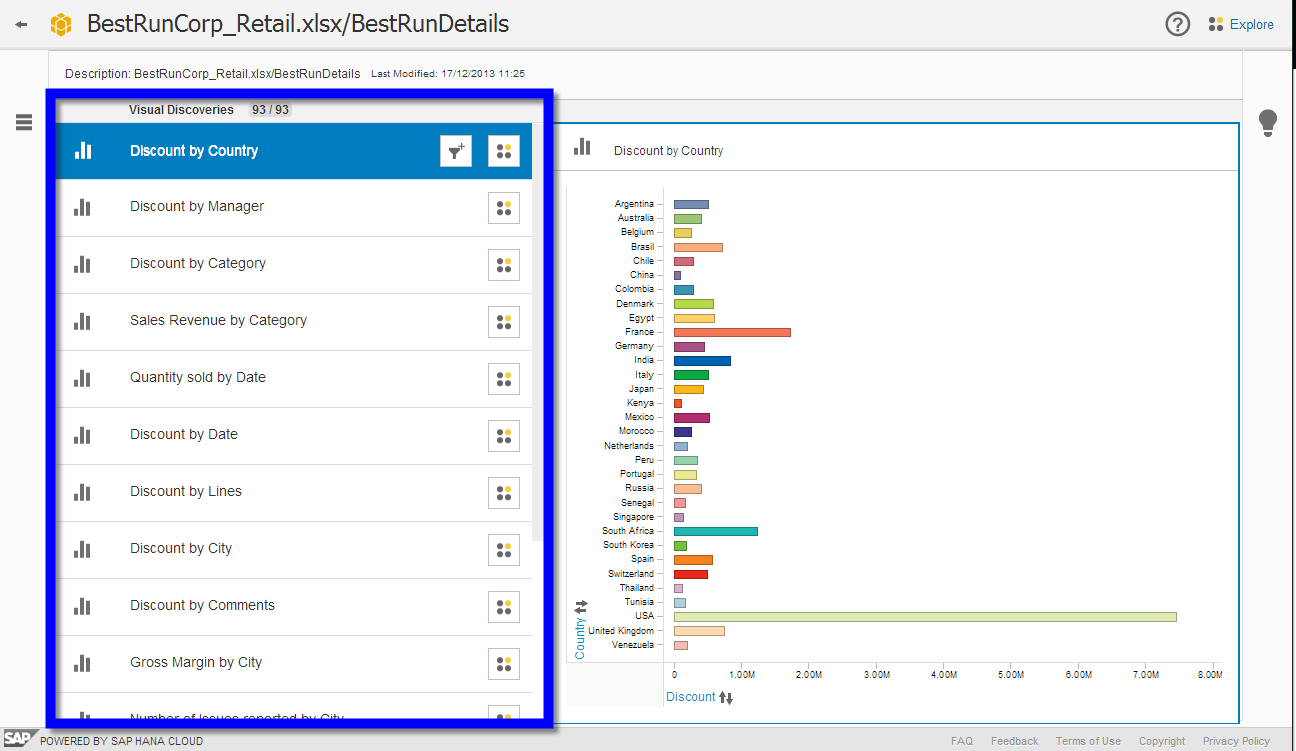 You are given an abundance of choices of information you can view. Each suggestion is mated with a recommended type of visualization to best display the data you need to see. That takes a lot of the guess work out of the age old question, “Which chart works best here?” If you have a particular favourite, that’s no problem, you are still able to do all the custom selections of visualization types. 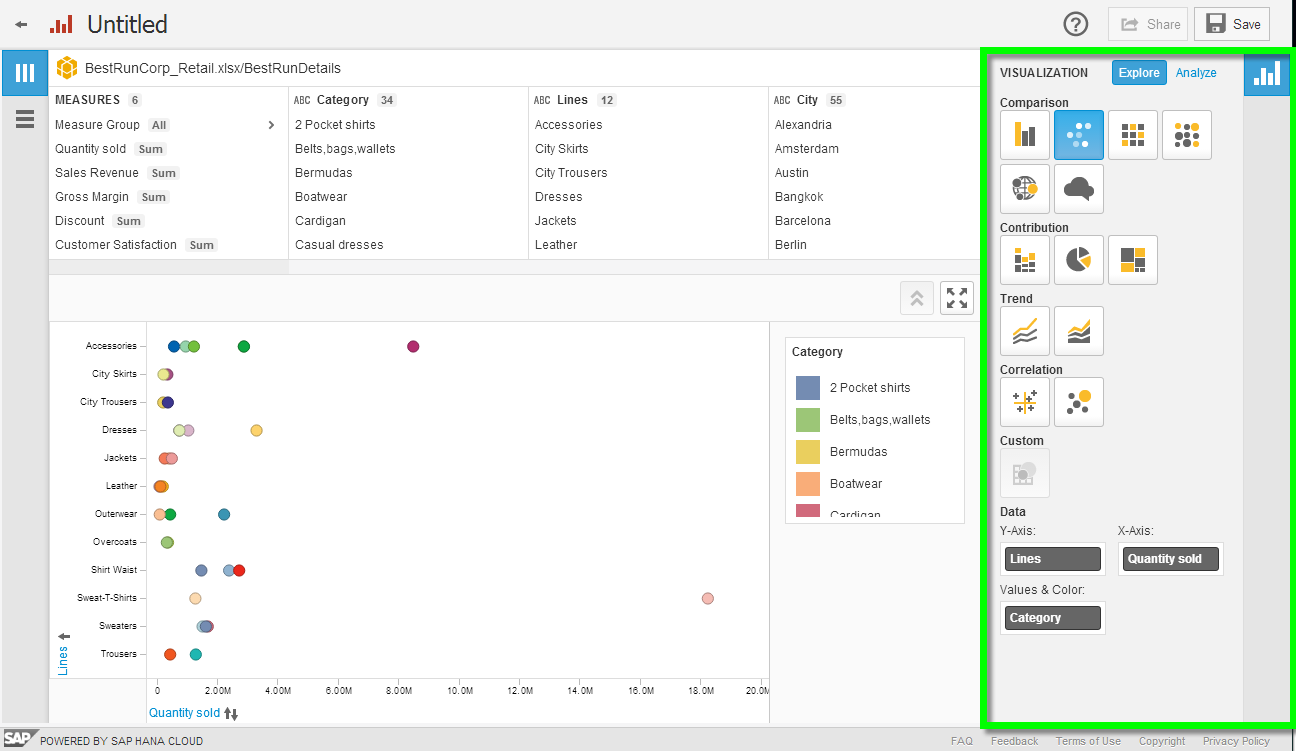 With the schedule that the Lumira developers have given themselves, more changes are no doubt on the way, bringing more exciting capabilities to this quickly maturing solution. I can’t wait to see what’s next. Stay tuned, it probably won’t be that long of a wait.

Thanks for the mention 🙂