One Personas question I’ve been asked several times now is, “How is Personas affected by ERP upgrades?” That is, what happens to your flavours and scrips when you upgrade or patch ERP6? Do they carry on working or is re-development work needed? My answer has always been that it depends on whether or not the underlying dynpro screens have been changed. If the screens are unchanged the flavours and scripts will just work. If the screens are changed in any way, the flavours and/or scripts may need changing to match. That’s always been a theoretical answer though – I’ve never been through an ERP upgrade in a system with Personas installed. Until now. We are now in the middle of upgrading our ERP6 system from EHP5 to EHP7 and so I can finally answer that question from personal experience!

The good news is that my answer is correct. Where the underlying screens didn’t change at all, my flavours and scripts continued to work unchanged. But how much did change so that flavours needed tweaking? I can only speak for the transactions used by the only Personas scenario we have live currently, the one described here: Putting everything together – the finished Personas project. There are a total of 23 transactions used in that scenario and only two of them were changed by EHP7 such that Personas was affected. Transaction KS03 has a pop-up that appears in some circumstances. It looks like this:

The visual difference is subtle, but actually the visual difference isn’t what matters to Personas. Each element on the screen has an id that identifies it to Personas. This id comes from the structure of the screen and how the various toolbars, menus, screens, sub-screens and other containers are arranged. The id for the “Choose” button in the EHP5 version is ‘ses[0]/wnd[1]/tbar/btn[0]’. The id for the green tick in EHP7 is ses[0]/wnd[1]/tbar[0]/btn[0]. Again, a subtle difference but this time an important one. This broke my flavour for transaction KS03 because I have a script that pushes that button. The fix is the obvious one.

The other transaction affected was a purchasing report, ME2K. In particular, my script was manipulating some of the search parameters on the selection screen via the usual search help pop-ups. These pop-ups in EHP7 have changed in the same way as above – the id for the “execute” button on the popup changed from ‘ses[0]/wnd[1]/tbar/btn[8]’ to ‘ses[0]/wnd[1]/tbar[0]/btn[8]’. It seems this is a common theme with pop-ups in EHP7. This time, however, the popups look visually identical.

The lesson from this is that changes in enhancement or support packs that affect Personas flavours are not very common, but they can turn up anywhere. You’d have thought transaction KS03 was pretty stable by now, but it is still changing. Also, the changes that matter are not the visual ones. In the examples above there was a subtle visual change in one case but no visual change in the other. The changes that matter to Personas are potentially invisible – you can’t tell by looking. You just have to test everything.

In my case the changes needed were very simple, but my flavours are built on long-standing and relatively stable (you’d think) transactions. If you are personalising other transactions you might have more widespread affects. Or none at all. I’m not sure it is easy to predict. 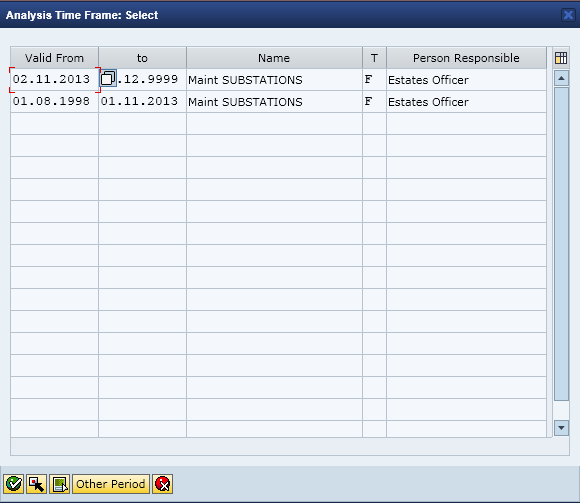 I wonder if the "business predictor" service that SAP usually offers for upgrades would identify this up-front, so you can plan as part of your upgrade to fix personas?

I think the Business Function Predictor service identifies new functionality in your upgrade target release that might be of interest based on the areas of functionality you use currently. I don't think it notifies you of changes, does it?

I am told that some upgrade "impact analysis" software from 3rd party vendors will notify you of such changes. I haven't used any of those so can't speak from experience, and so I won't mention any by name lest it looks like an endorsement. I'm sure you know who I mean!

Upgrading SAP is something we have not gone through at my work, but I'd imagine it'll be important at some point. I've upgraded the BI/BOBj, but that is not the same as doing the ERP as a whole lol.

Thanks for the heads up and great insight into a very sticky subject, upgrading SAP with Personas =]

Thanks for bringing this up.

This "particular" ID was changed for incorporating future enhancements and shipped out since last few kernel patch releases.

Also, Personas Client already has the capability to detect version of target system's kernel patch. We just need to make it little bit more smarter so that these cases does not affect Personas client at all.

I will update here soon.

I have a slightly offtrack query as it is not related to upgrade.

We are going to install SAP screen personas 2.0 add-on in development environment and being SAP Basis person how would i know that there is no impact to critical business processes like finance, sales & so on. Can you please guide what checks can be done from basis perspective, in addition what is mentioned in installation guide.

You've already asked this question elsewhere (here - Impact assessment of Persona installation & transport movements), and had an answer. I'm not sure what else you are looking for...

Thanks for the great article!

Just wondering how you identified the screens that changed? Is there some SPAU-like tool to help, or do you literally have to go through and test every button/field on every screen with a personas flavour/script?

There's no tool to help you. You just have to test everything, but you're going to do that anyway during an upgrade, right? And as Sushant said, they are trying to detect such changes and accommodate them, so there shouldn't be too many examples of an upgrade breaking things.

Great article steve.. Is SAP Planing on solving this issue or is it every time we "Developers" had to keep on changing the scripts whenever a enhancement or SP upgrade happens ?

As was said above, SAP do try and detect these effects and automatically adapt to any such changes so that your scripts aren't affected. The one described here slipped through the cracks, but I believe would be auto-corrected now. They can't all be handled automatically, though - sometimes the underlying SAPgui transaction changes in functionally important ways and an auto-correct isn't possible. There's no substitute for thoroughly testing everything as part of an upgrade, and to be fair, this took me all of 30 minutes to diagnose and fix so it isn't a big task.