I met fellow SAP Mentor Alexandre Rivet  during SAPTeched 2013 in Vegas. Super nice guy. Hope you got a chance to read his “Blog It Forward” BLOG, link here.

He blogged me forward so I take this very nice opportunity to BLOG about me, something I don’t think I’ve ever done.

Where am I from?

I was born in Porto Alegre, Brazil (a little while ago  😉  ). I had the opportunity to live, grow up, study and work there. I only left when I was 25 years old.

Porto Alegre is not a very large city by Brazil standards, but it has 2 million habitants. It is located at the far south of Brazil, the capital of the state of Rio Grande do Sul. People from this region are called the GAUCHOS. Originally, there were many farms in the region and the Gauchos were the south American cowboys (no far-west here please). The vast region where the Gauchos are from is called the PAMPAS and it goes from north of Argentina, including Uruguay and my state.

We are most likely the people that eat the most of red meat (anywhere in the world). We created the CHURRASCOS, served at Churrascarias ( check Fogo de Chão at www.fogodechao.com.br for reference internationally ). We usually eat that every week, and most often for lunch!

Since early in my career, I wanted to emigrate to a country where I would have more career opportunities, that would offer a better quality of life and that would be a safer place to raise a family.

Having worked with SAP while in Brazil, it opened a lot of opportunities for me. A SAP professional is in demand anywhere in the world.

So I checked the immigration opportunities out there. Two countries in the world stand out as the reference in terms of imigation. These countries are CANADA and AUSTRALIA. I say that cause these are countries that have very well established immigration processes. Afterall, these countries have been formed by immigration.

Even though Australia seems like a terrific destination, I decided to immigrate to Canada for the following reasons:

From the day that I applied for Imigrant visa to the day I arrived in Canada, it took me 6 months. The process was faster pre-9/11 and also and IT professional gets some kind of a “fast track” because of the demand.

I left family and friends behind. I even had a long term girlfriend and the time. I chose Toronto (as the largest job market) and moved, alone.

After 1.5 yrs in Toronto, where I worked for BAYER Canada, the company that makes Aspirin, as a SAP guy, I had the opportunity to move to Montreal as Bombardier was hiring like crazy. They needed to form a SAP team and they were bringing people from all over Canada. I decided to jump on the opportunity

Montreal is the second largest city in Canada and the largest in the French speaking province of Quebec. It has around 2 million habitants. There are a lot of bilingualism here so arriving without any French speaking knowledge was not too bad. Of course, with time, I ended up learning it.

Montreal is known for its nightlife, its restaurants, the festivals and of course the girls…;-)

Funny thing: by vocational tests, I was supposed to have studied (and worked) in IT, in programming. But knowing how I am, a guy that can give 450% into something in a tunnel like focus, I was really afraid I would end up one of those reclusive, crazy, nerds… (oh well….    😉 )

So I decided to study Business. I did Business Administration with emphasis in Logistics at UFRGS (Federal University), considered one of the best in the country. I wanted to become a business man and even had goals of Graduate studies at Harvard MBA…

After working many years as a Logistics Analyst, responsible for hiring and supervising transportation services for one of the largest Steel companies in the World, called GERDAU GROUP  Gerdau Long Steel North America, once they decided to implement SAP, they brought me to the team as a Business Analyst. After training, I was responsible for configuring Shipping and transportation (freight processing) during the project. We were one of the first companies in the world to implement this functionality introduced with SAP R/3 4.0

So I started as a Business Analyst, became eventually a Functional Analyst. Since I loved the technical part of the software, I became through the years more and more connected with ABAP coding. 3-4 years into my SAP career I was already coding. 😉

Since then I either worked in one of the following profiles:

In 2005 I co-founded Beyond Technologies a SAP Channel partner that has the largest SAP team in Quebec, one of the largest in Eastern Canada. I am very proud of that.

At Beyond, I am responsible for the technical team. I continue to be involved in SAP projects acting as a solution Architect.

My Passions (apart from SAP, of course)

I am a foodie and a real wine lover. I often arrange my vacations around that. 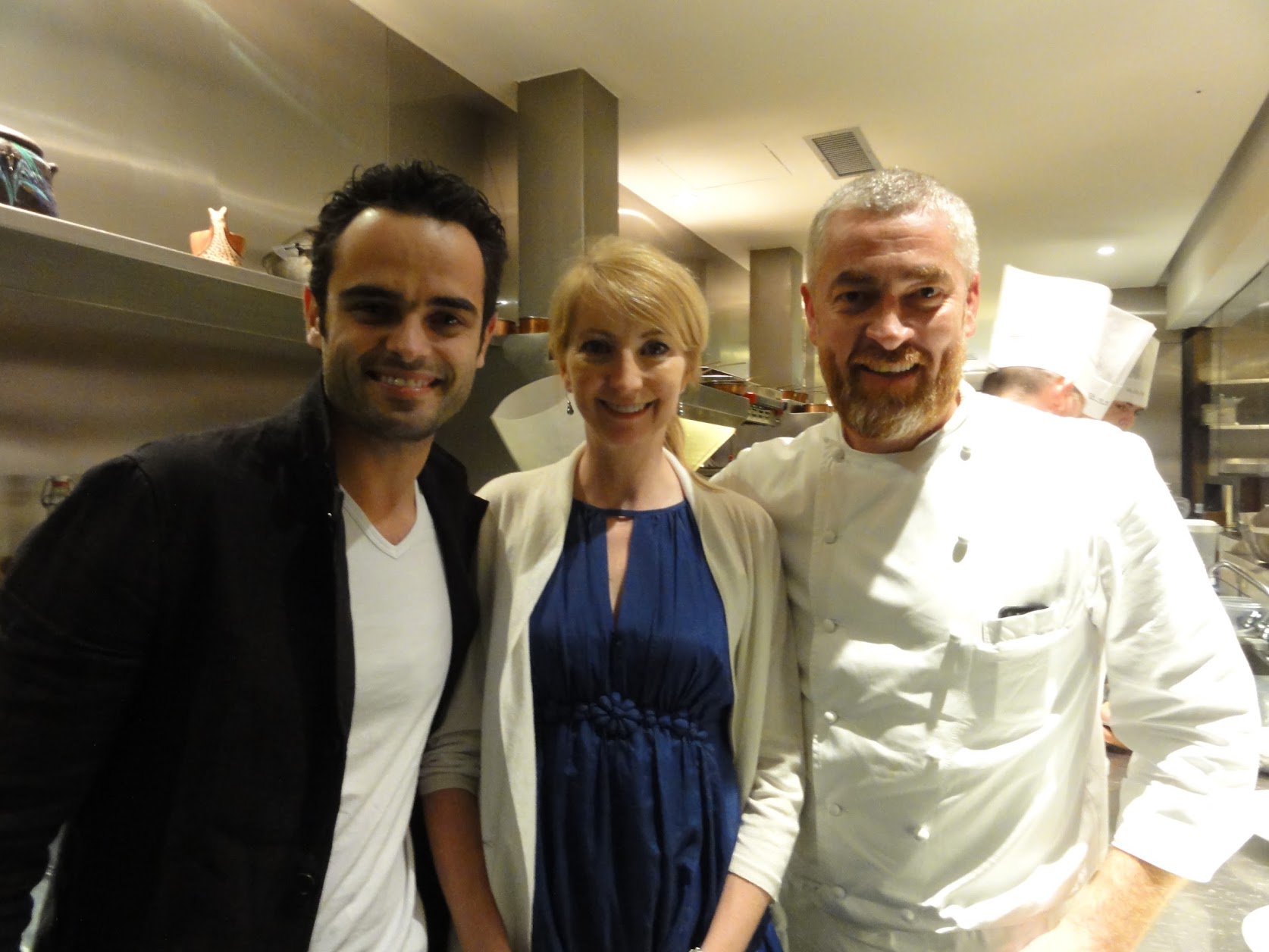 Picture of me at restaurant NOMA, second best restaurant in the world (number 1 for 3 years before that). 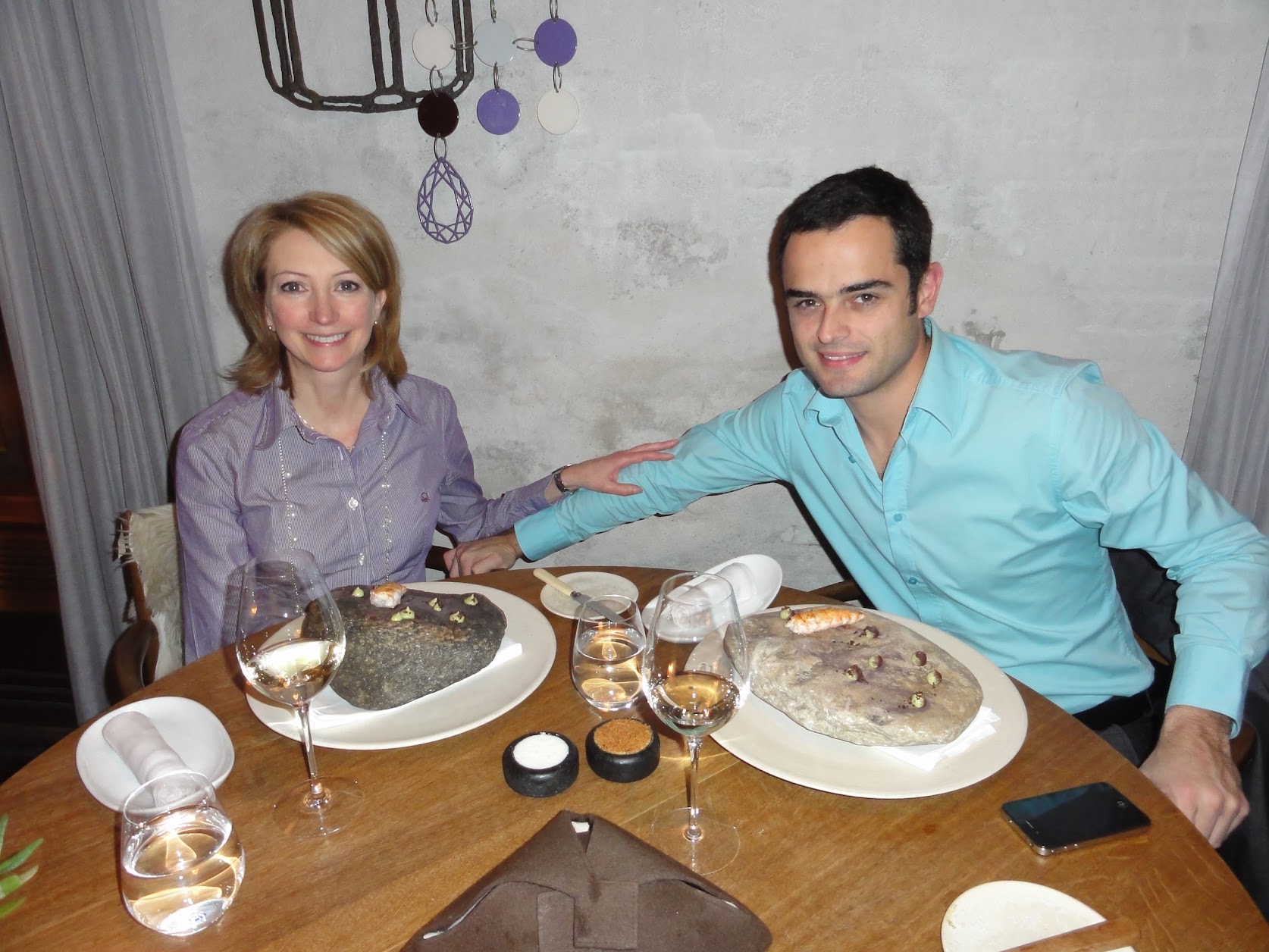 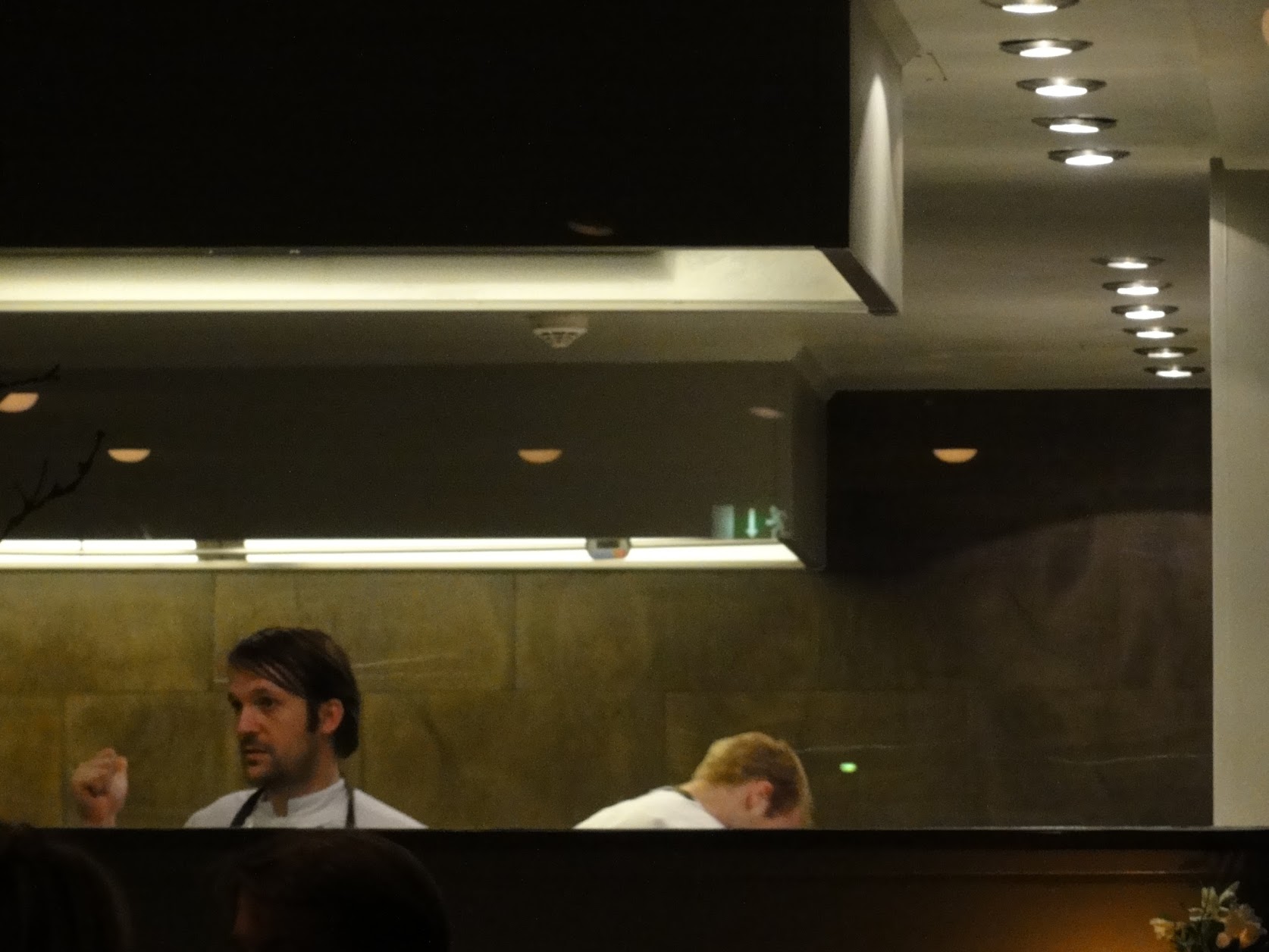 Picture at Winery OPUS, maker of OPUS ONE in California, one the best known Californian reds… 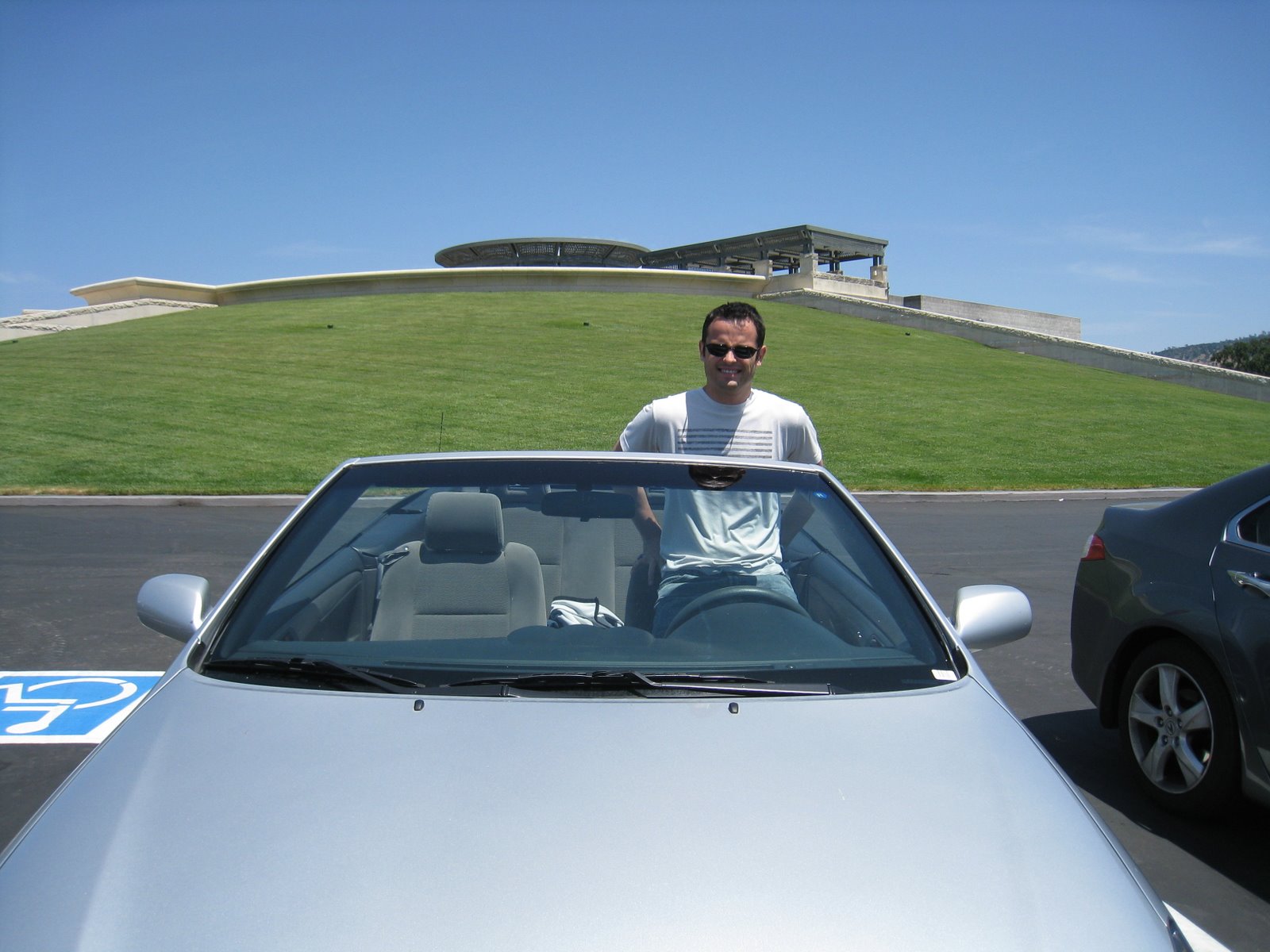 Picture at Catena in Mendoza Argentina… 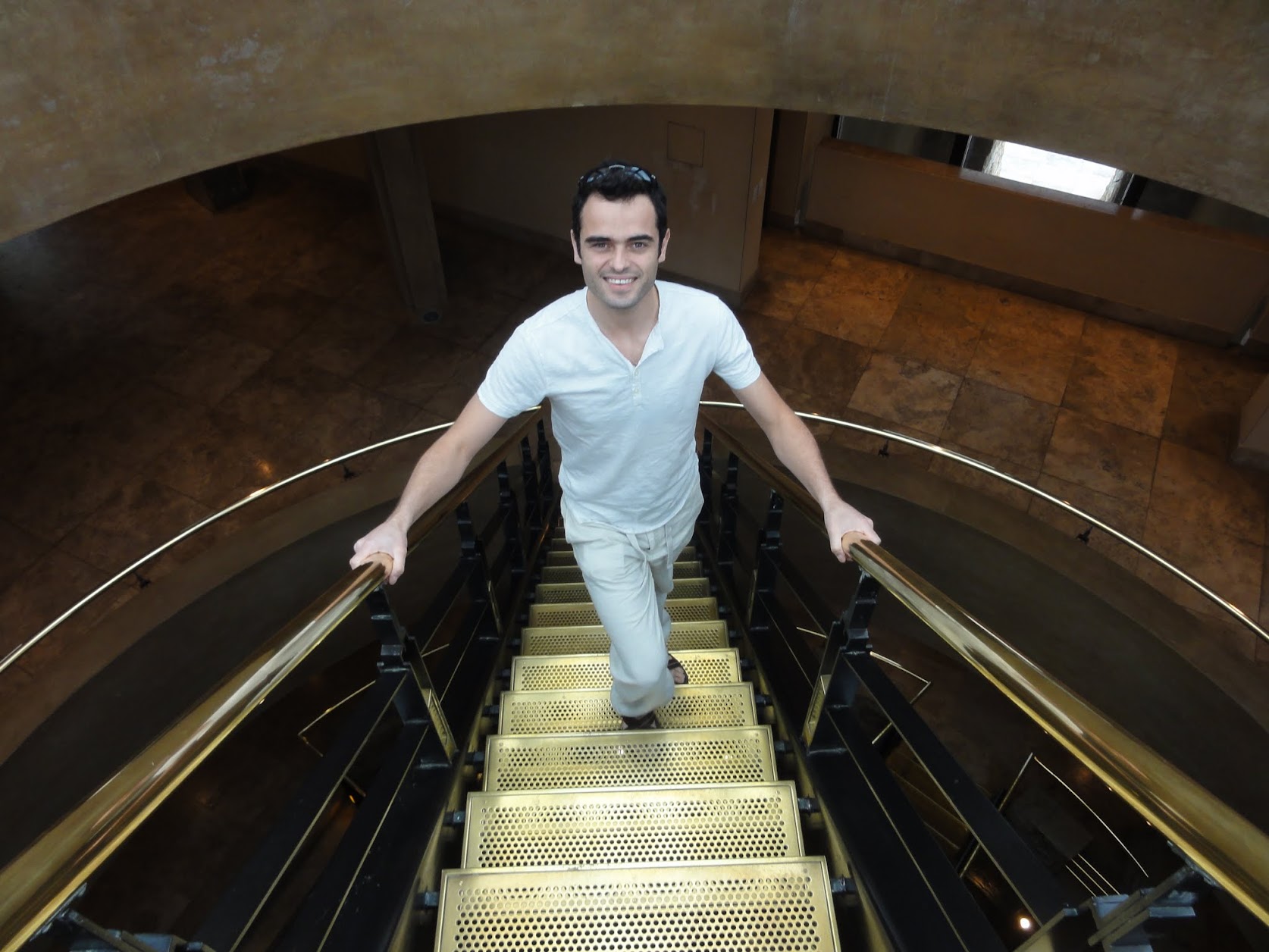 Bodyboarding is a discipline of surfing where you catch waves laying down. The choice of this instead of standing up surfing comes from the fact that where I was raised, the waves were small and hard/pointless to surf standing. The waves were better suited for bodyboarding where we can get into tubes easier.

I’ve been practicing this sport since I was 14 years old.

You can see here a little video I put together for my last trip to Mentawai Islands in Indonesia, considered one of the best places in the world for surfing.

I’ve always tried to do my part regarding protecting the environment. Apart from regular recycling, composting and chosing ecologically responsible products, I highlight here 2 things I’ve done I am proud of:

Electric cars have been slow at adoption because of their compromises. They use to sacrifice performance, looks or range(if not all of them together).

Tesla Motors, a Californian startup changed the game completely with its Tesla Model S. As I’ve been a big fan of the company for many years, it was an easy decision for me to put an order for one. As one of the earliest adopters in Canada, I waited for it for 2 years and received it in May.

This car is faster than Base BMWs and Audi’s., looks great (reminds of Austin Martin) and has a great range (up to 400Km).

Trying the car before I got it. 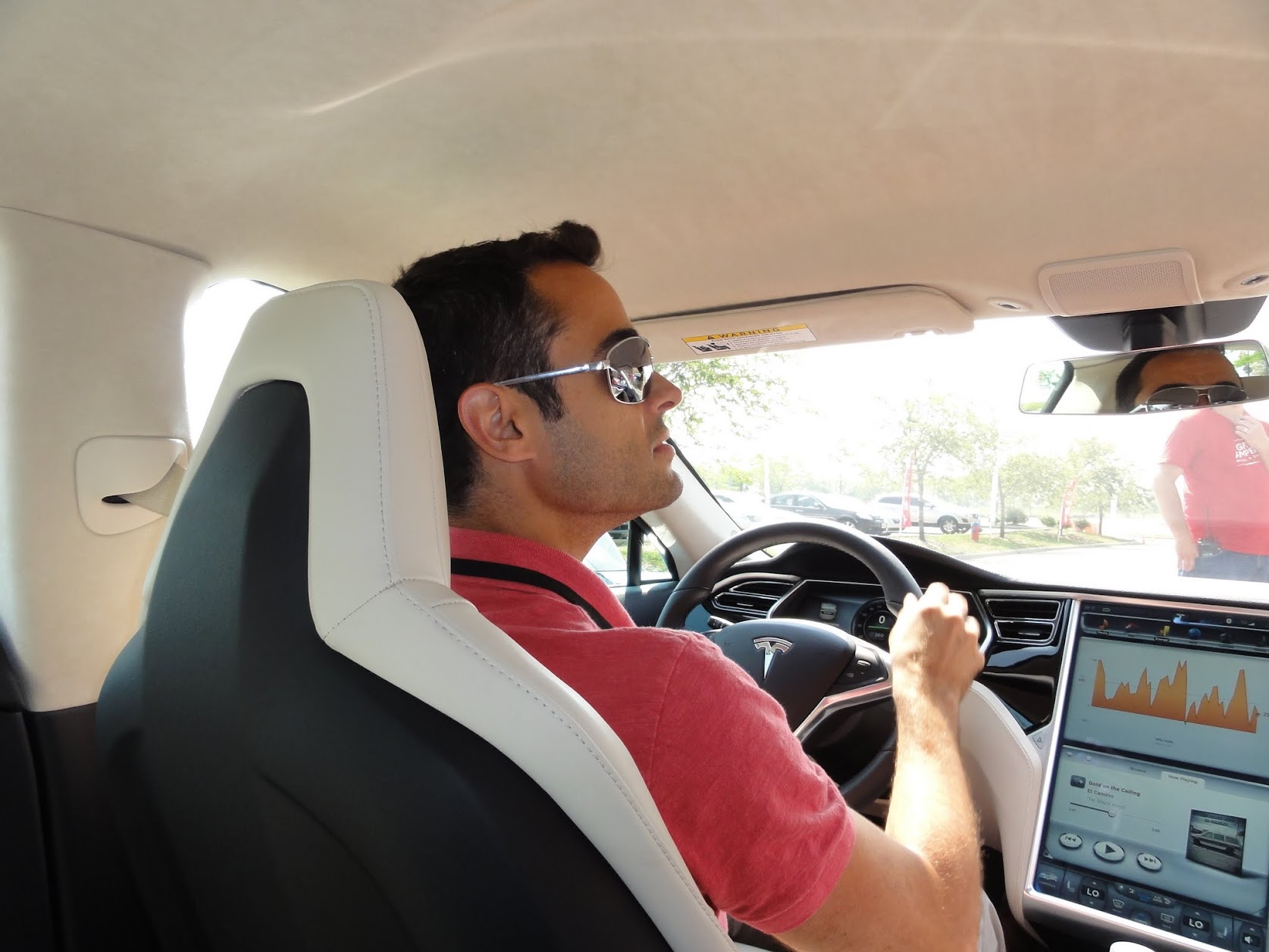 Something new I learnt from this blog especially about "body surfing".

You are much environment friendly.  Really impressive.

Enjoyed reading your experience.  Thanks for sharing.

Thanks man. Happy to share some of my "not-so-known" side.

One small request, please update this table with your BIF entry. http://scn.sap.com/docs/DOC-30977

So that all BIFs can be seen at a particular place.

Very Impressive blog with awesome pictures, Good to know about solar panels and your innovations..

Specially about your career.

I never heard you mention so much about you when I was there for so long. 🙂 .

Very nice to see this side of you. love to hear from you soon.

Awesome Blog Leo! Happy to have BIFed you! 😉

But - what the heck are you two eating at Roma? It might be the picture but from the looks of it I have some concerns. Hoping you are both okay. LOL.

It is actually one of their signature starters. It is a rock with prawns and a special sauce (I can't remember what it is of...) lined out as little rock vegetation from Denmark coast.

The interested aspect of the restaurant is that all is made with ingredients found locally. For a restaurant in Denmark, this is remarkable! Just think about it: there is no local olive oil availability...

cool. 🙂 Very interesting...and yes, all ingredients locally is impressive. Love the pics, thanks for sharing Leo.

Nice to know about you 🙂

I met a SD guy from south (Floripa) who lived in Canadá for 3 years. He came back because the cold was a bad! According your pics I don't think so 😉 .

I appreciated your story!

You missed an information as a Gaúcho from POA: Grêmio or Inter?

The weather is not too bad. Sure it gets cold, but you get used to it and also, it is warm anywhere you go so comparing to being at home with a 5-10 degrees temperature (inside), I prefer here. 😉

Now I understand Brazil is now famous for SAP like football. I see lots of people from Brazil who contributes in SCN. Thank you so much for sharing your wonderful and lovely experience. I am very much interest to watch Body boarding (surfing) and I am afraid to do that. I use to swim lot in swimming pool and also I won district level swimming competition. Now I completely stopped it. Once again thank you so much for sharing lovely experience. Keep sharing! Keep contributing! Keep motivating us! All the best for your career!

Glad to hear you enjoyed it. 😉

Yes Leonardo. It is fantabulous blog ! No doubt at all! 🙂

Finally I could found a Tesla car owner through SCN 😀 . I am a big fan of Elon Musk who comes with solutions for environmental, social and economic challenges. I was amazed by the efficiency of Tesla cars, you are really lucky to have it.

Your journey to a co-founder is interesting. Great #BIF.

Yes, I am super happy with the car. Happy to have contributed in making his company successful. Hope one day we will see a large number of electric cars running around.

Good to know that you come from the nation of footballing legends, Pele, Ronaldo and recently Neymar.

this way... congratulating you for the convincing soccer match, just few days ago...;-)

And chapeau-bas to the brazlian people articulating their needs on the streets!

So many times in my life I wished to travel to Brazil...

You should really try to go to Brazil, at least once. Lovely place. Crazy awesome caos...

I'm from Porto Alegre too. Maybe someday I'd like to follow your path and move to Canada or Australia...we'll see what will happen.

I posted my Blog It Forward - Pedro Freitas now with some cool facts from Brazil. Check it out 🙂

I don't know how I could miss your BIF! I just found it now, following the BIF chain of other Brazilians from RS. The Brazilian family is growing!

I share the passion for food and wine. Very nice picture with Atala! I haven't been to D.O.M yet.

It's great to know a bit more about you. Fantastic video!

Only Vegas this year or Berlin too?

If we meet at either Vegas or Berlin, I will make sure we share a good glass of wine together!