Background of this blog

The reason to write the blog is recently we found that in several CRM projects in China, the ABAP Webdynpro is wrongly chosen by local partners as custom development UI technology, which has caused several issues after project is on line and led to huge maintenance effort. Many partners choose ABAP Webdynpro because they are more familiar with it and they consider Webclient UI has performance issue compared with ABAP webdynpro.

In this blog, I will try to collect issues if ABAP Webdynpro is unfortunately used in CRM application. Feel free to raise your parts, if they are not mentioned here 🙂

in CRM UI, there is a Back button in top right part of window, and UI developers could implement page navigation and back ( so called breadcrumb )  by implementing respective methods defined in Component Workbench.

The issues would be:

Additional effort must be paid to implement the back button function by developers.

in CRM webclient UI, you can follow the wiki to implement data loss. The steps are quite simple, as most of tasks are done by UI framework.

When you make some changes on UI without save and plan to navigate to other UIs for example by clicking other work center in the left navigation bar, the data loss dialog will be popped up automatically.

It is difficult to implement data loss scenario in ABAP webdynpro(See SCN discussion here). Developer have to take care the logic how to detect the ABAP webdynpro UI element is changed, which has already been done by CRM UI framework. Developers have to write lengthy and dirty code to achieve it.

The toggle between display and edit mode

In Webclient UI framework, the edit button plus switching all editable UI elements to edit mode is quite simple:

The task to switch the element into edit mode is done by method set_all_editable.

However, in ABAP webdynpro you need to do all of these tasks by yourself: The read only properties of all editable UI elements must be bound to a new context attribute POST_LOCKED, and you also need to set the content of that attribute every time the object is locked or unlocked. For example, when we log on to CRM system via a business role:

use tcode SM04, we observed there is only one user session for the current UI:

When we go to the integrated ABAP webdynpro page: 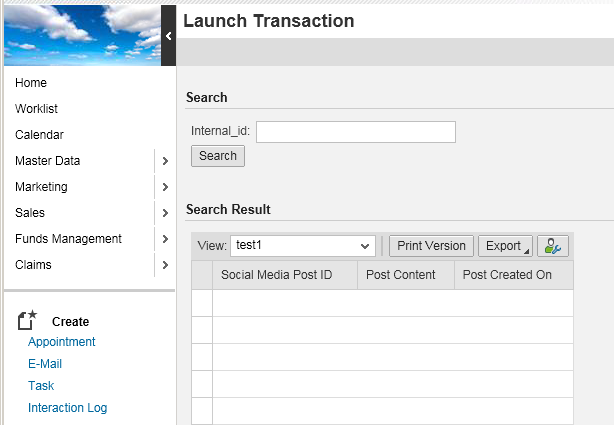 The technical session isolation makes it difficult to exchange data between ABAP webdynpro UI and CRM webclient UI, as they are residing in two different user sessions. 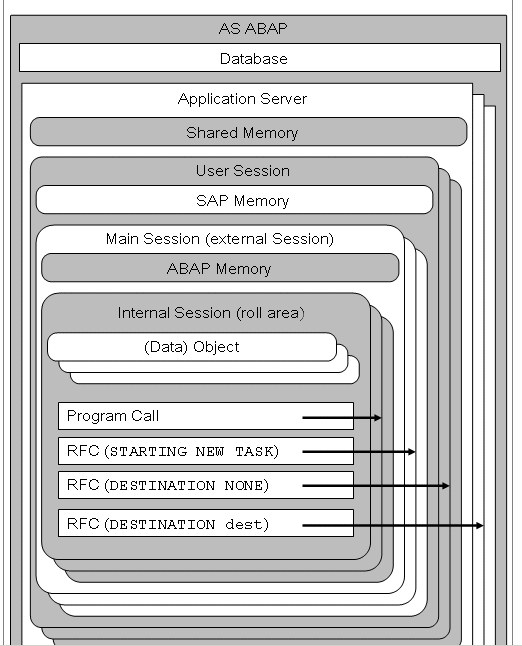 if you need to pass data from CRM UI page to embedded ABAP webdynpro UI, One approach is to define the parameters in ABAP webdynpro applications, fill those parameter in CRM and populate the URL containing the passed parameter via cl_wd_utilities=>construct_wd_url:

However, this approach is not appropriate to pass large amount of data like internal tables. It is also difficult to pass data from ABAP webdynpro back to CRM UI. What’s more, careful coding is necessary to ensure a consistent transaction state. 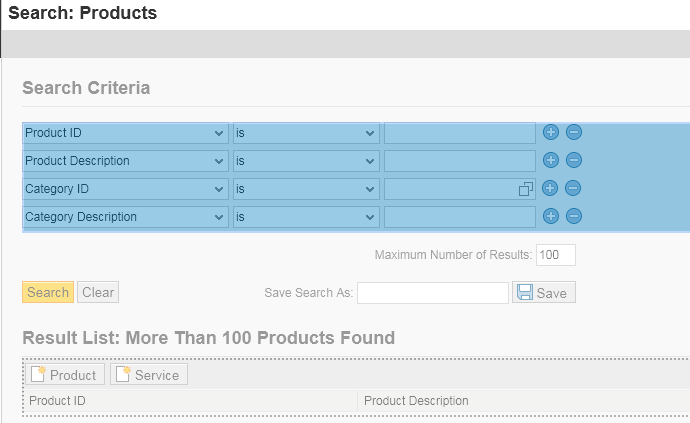 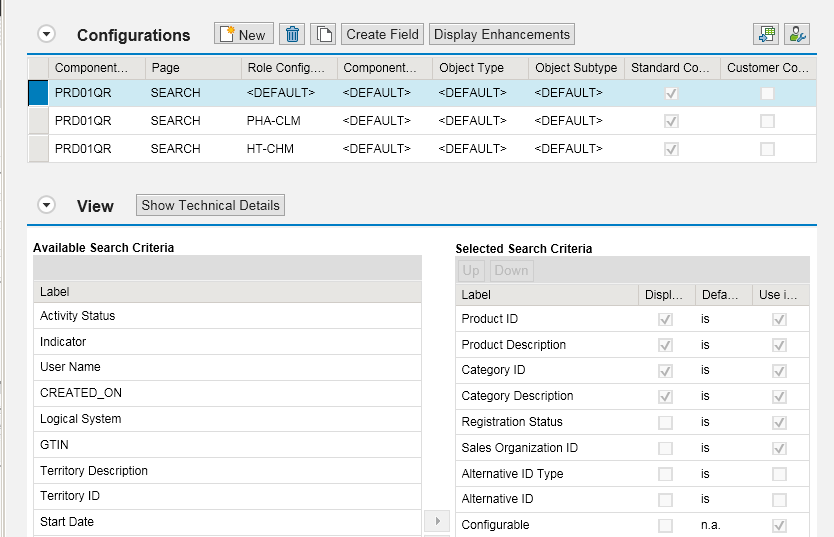 When an ABAP webdynpro is displayed, the configuration icon is still enabled.

However, since it makes completely no sense to configure an ABAP webdynpro component via Webclient UI framework, once the icon is clicked,

We only get one notification saying currently no UI part is configurable.

ABAP webdynpro UI component configuration has a different development mechanism than Webclient UI. The coexistence of both leads to an inconsistent configuration experience for the end user.

The message raised in ABAP webdynpro via message manager will appear by default on top of the application UI page,

Whereas in CRM Webclient UI, the message appears in the right top of the UI framework, and the message text could also be collapsed or expanded by the small triangle.

Put the mouse onto the message text, then the technical information of the message could be displayed as tool tip, which is not available for the message raised by ABAP Webdynpro.

Incorrect use of underlying layer API

so if you choose ABAP webdynpro, you will lose all of these benefits: Your UI component would bypass the BOL & Genil Layer and directly struggle with the underlying API. 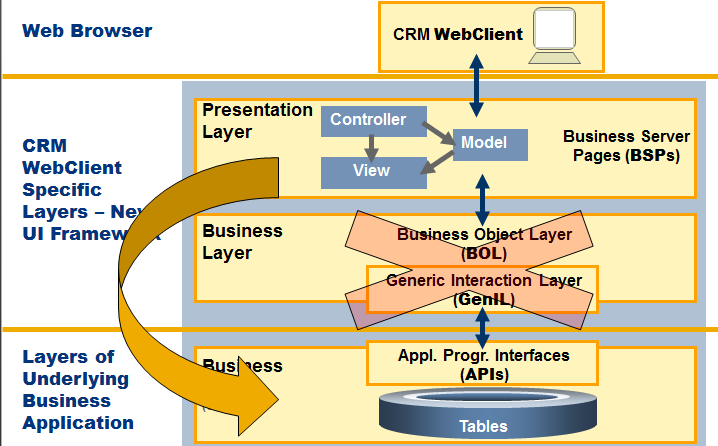 When I am supporting customer on site customer has complained to me about the “poor quality” of FM CRM_ORDER_MAINTAIN. They directly call this FM in their ABAP webdynpro view controller and complain it does not work as expected. After investigation in their system with quite a time, finally I find it is caused by the inproper importing parameters passed in. Such issue could have been avoided if using BOL API in UI layer – you just need to fire the very simple and generic BOL API and all left things like interaction with the complex underlying API will be handled by Genil implementation. Such UI component will them be easier to maintain and more robust.

When you plan to fulfill the customer requirement by developing ABAP webdynpro and integrating them into CRM UI( via transaction launcher), please always think twice whether it is really necessary. If you decide to do this, you have to confront with all troubles described in this blog. Please kindly raise your findings, if it is not included in this blog 🙂

Can you please post in English? Is the most used language here, so the knowledge can be spread easily.

1. Taking project cost into consideration, it is more difficult to hire a qualified Webclient consultant compared with an ABAP webdynpro consultant. The skills required for ABAP webdynpro is comparatively easier to master than webclient ui.

2. The sales strategy in Chinese CRM market is charged by number of users. It is one lind of workaround to circumvent it by ABAP webdynpro.

3. The project risk could be under control using ABAP webdynpro, since the technical tricky points are comparatively easy to be avoided.

Thank you so much for sharing.