Has the Era of Greenwashing Passed?

I should have bought a Hummer when I had the chance. I could drive it without feeling any guilt. 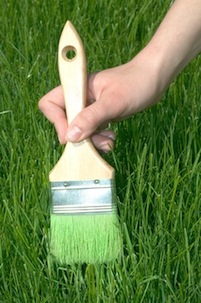 Know why? Because I hardly ever drive. I work from home most of the time. And even if I have to go into the office I usually ride my bike to get there. I could be driving my Hummer with a sign in the window saying, “I bet I pollute less than you.”

Am I sounding like a smug, self-satisfied jerk yet? Thought so.

The End of Score Keeping?

Well, at least the era when companies spend more of their time talking about sustainability (aka greenwashing) than acting seems to be waning, right?

At least that’s what the experts that my colleague Polly Traylor has been interviewing for a project we’re developing on the future of sustainability in companies’ resource management seem to think. Says one (I don’t want to name him in case you received three greenwashing emails in your inbox this morning and are ready to kill somebody): “It used to be, let’s do good and talk about it and use it as a marketing channel, while today sustainability is much more embedded into the question of strategy.”

Yet sustainability as a true business strategy is much riskier than the old tactic of greenwashing. Take the auto industry: Car ownership has quadrupled from 250 million cars in 1970 to one billion cars today – negating the industry’s (admittedly well-intentioned) efforts to build cleaner vehicles. Altering the relentless march of rising emissions requires much bigger, more painful choices than improving miles per gallon. It means altering business models.

For example, some auto manufacturers such as Daimler have (tenuously) stepped into the car-sharing business in response to growing demand in metropolitan areas. While the service adds a little to Daimler’s bottom line, it represents a much bigger threat to the company’s traditional business model.

Yet it must be done. The Millennial generation has significant buying power today. This group of 18-35 year olds thinks that business should innovate around making the world run better and improving people’s lives. That requires that companies think not just about products and services themselves but also about how they are made and consumed – all while still turning a profit. Here are three ways to do it:

Do you think companies have gotten past the greenwashing phase of resource management and sustainability?