This planet is 4.5 billion years old, and will probably continue to exist for a long time with or without us. Question is how long can and will planet earth fly through space with us on board. One pre-requisite is certainly if the human race can figure out how to live in symbiosis with planet earth, rather than being (9 billion) cancer cells. We know whats at stake when leaders on stage question the status quo through quotes like ‘…you can’t continue to do what you’ve done and continue to get what you’ve gotten.’(Gavin Newsom, California Economic Summit, December 2013) or ‘…I believe the running out of resources will be the biggest limit to growth and opportunity’ (SAP co-CEO Jim Snabe, SAPPHIRE’13, May 2013).

Lots of people already reflected on the state of Sustainability between the holidays, from SAP sustainability panel member Aron Cramer, to our collaboration partners Gil Friend, Joel Makower and the folks from Sustainable Brands.

(Note: I have engineering background, so lots of numbers…..: 🙂 )

The writing is on the wall. Hottest year on record in Australia, worst drought in modern history in California, and the Arctic sea ice shrinks to smallest extent ever recorded.

Governments are still ‘kicking the can down the road’ when it comes to action on climate change. US neither has a carbon nor an energy policy in place, Germany was hitting another record in carbon emissions in 2013, and China’s CO2 emissions per capita are meanwhile comparable to those in the EU and almost half of the US emissions per capita. Among all this the general public is less sure about the fact that global warming is happening and that its caused by human activity, while scientists overwhelmingly agree ??  Go figure. 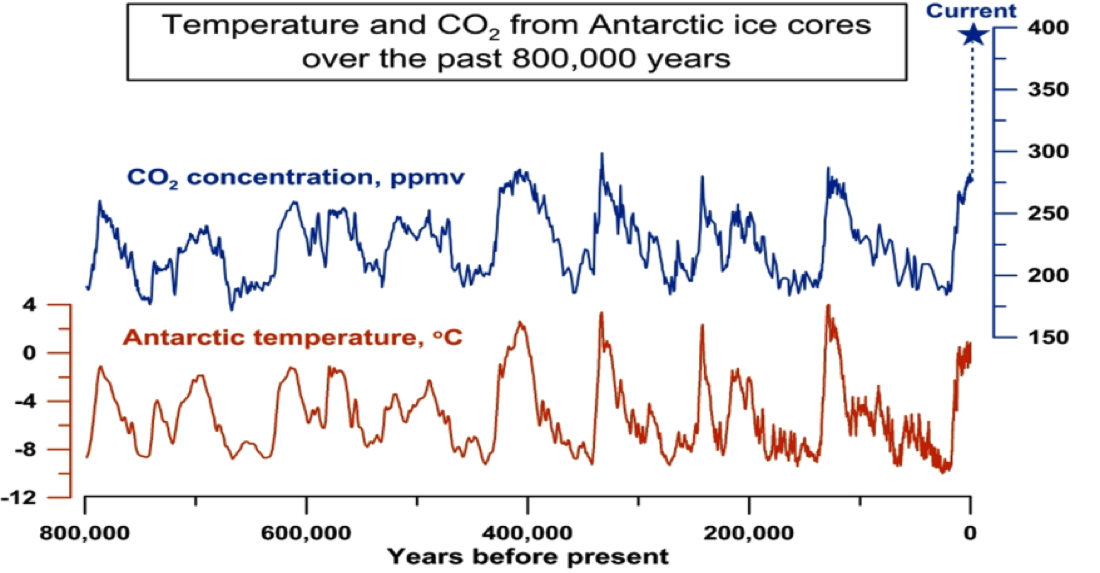 Recent analysis of ice cores have found that the current concentration of CO2 is 40% higher than at any point in the last 800,000 years. The rate of increase is more than 10 times faster than at any time in the ice core record. In 2013 we reached at times 400ppm, the highest concentration ever recorded.

The recent IPCC report made it very clear whats at stake, and somebody on the web generated a beautiful IPCC Haiku version of it. When I read that only 90 companies generate 2/3 of all global emissions, how hard can it be to start serious mitigation? We see the first market leaders become ‘carbon-neutral’, which is certainly a step in the right direction. The big question for me is: Are we behaving like the ‘frog in the pot’ or can we find a way?

Delaying action is a not a good business case: for every $1 of investment avoided in the power sector before 2020 an additional $4.3 would need to be spent after 2020 to compensate for the increased emissions. 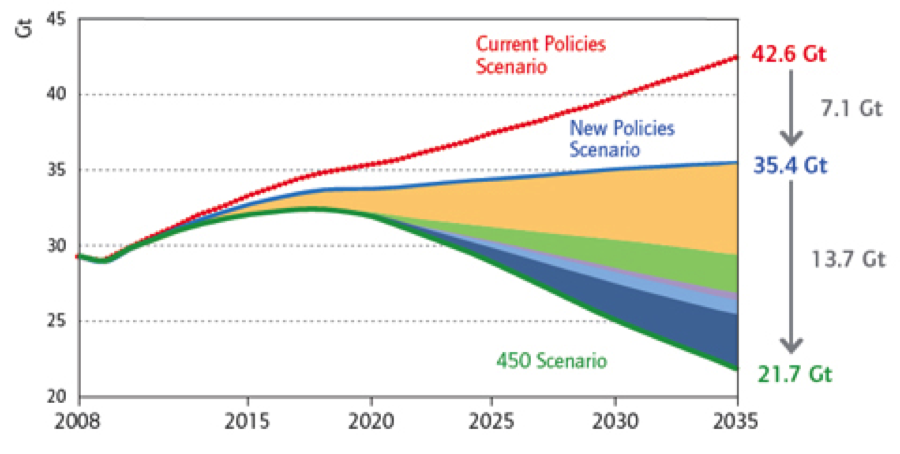 IMHO, no matter if we start mitigating climate change or start adapting for it (because its too late to stop it) – action is required.

50% of freshwater globally used to cool power plants, in US 25% of freshwater just ‘lost’ while worldwide more than 1 billion lack access to potable water and about 5 million people die each year from poor drinking water. Women in southern Africa collectively walk the equivalent distance to the moon and back 16 times a day for water. Longer drought and extreme rainfalls are forecasted for the future, and businesses become increasingly impacted (see CDP US Water Report by Deloitte). Many countries are closing in on their water limits, while we need substantially increased food output to feed 9 billion people in the future.  Managing the supply and availability of water is one of the most critical natural resource issues facing the world. According to some forecasts by 2030, 47% of the world’s population will be living in areas of high water stress.

As of today, of all the energy generated in the US, only 35% is being ‘used’, while the rest is ‘wasted’ (heat, noise, leaks, A/C running in empty buildings, etc.). In the meantime, coal has a comeback (even in Germany). The International Energy Agency predicts coal will replace oil as the world’s top energy source in 2017 and pollution from tar sands oil greatly eclipses that of conventional oil. Just when we’re supposed to be focusing on clean renewable energy sources, the US discusses plans to return to traditional pipelines to tap vast deposits of dirty fossil fuel. Global demand for energy will increase by one-third due to a growing population and 3 billion people joining the middle class. 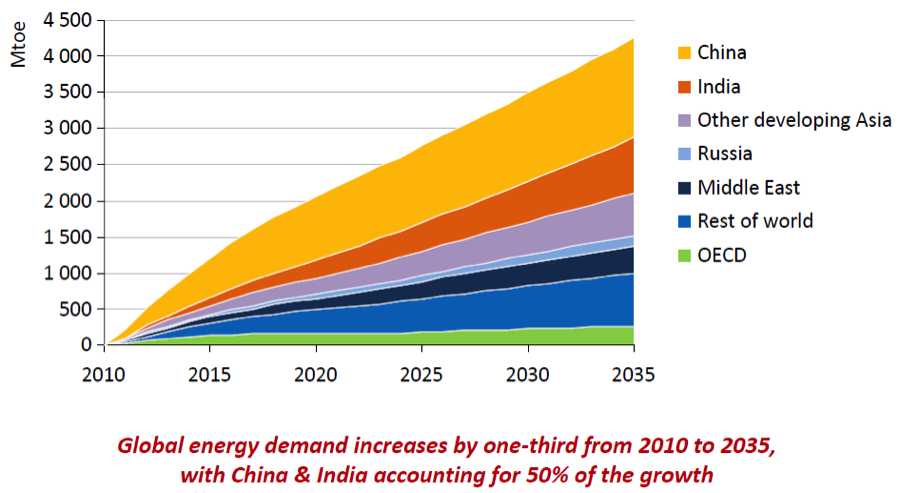 The good news is that the majority of additional energy in US comes from renewables in form of wind, geothermal, hydro and solar.

You can only make energy from 10 sources, one of them is the sun. The amount of solar energy that falls on the earth’s surface in 40 minutes equals the total annual energy consumption of all the world’s people. Solar grew to 100 billion USD industry in US in 2013. It now surpassed perceived world leader Germany, who at peak times is able to generate 22.000 megawatts per day (the equivalent of 20 nuclear plants !!). But it’s still not adding up to more than 2% globally. China is taking over the solar market (~55% market share, up from 6%), which causes prices to fall further. And while this gives Germany a hard time to get out of a heavily subsidized market, US forecasts continued growth to an all-time high in 2014. It will be interesting to watch. BUT: Its still a little known fact that only in 2013 solar energy became ‘carbon-neural’ as an industry. That means until recently, the manufacturing of solar panels produced more carbon emissions than the solar panels save throughout their lifetime. Wow.

Again, solar, wind and hydro are the fastest growing source of energy consumption today. It will be interesting to see the upcoming policy changes in China, as it consumes nearly as much coal as the rest of the world combined.

If a plane can fly across the world on solar, and Marc Jacobson from Stanford believes we can easily power the entire world on renewables (several times over), than my hopes are up.

ICT (Internet and Communication Technology) vendors (like SAP) are responsible for 2% of global emissions, but have the potential to reduce global emissions by 25% as ‘enablers’.

But greenhouse gas emissions from the ICT sector are estimated to rise significantly, from 0.53 billion tones of CO2 equivalent in 2002, to 1.43 billion tons in 2020, due to the movement towards cloud environments happening faster than anyone predicted. In this scenario ICT vendors are inheriting the emissions previously caused by their customers running data centers on their premise.

The biggest companies in the world are now betting on internal carbon pricing in their quest towards being ‘carbon-neutral’, and Facebook and Microsoft are taking the lead buying rights to renewable power generated near their data centers.

If you followed SAP’s Sustainability strategy in 2013, you realized a change in wording. Instead of ‘green’, ‘costs’ and ‘legislation’, you more and more read the words ‘transformation’, ‘business case’ and ‘value chain’. Simply waiting for further legislation or customer demand (=order-taking) is not an option and is not the definition of innovation.

If you want to know why I believe corporations like SAP have to take on a much bigger role, and why I agree with our co-CEO Bill McDermott that ‘Saving world is good biz strategy’,

–> please read Part 2 of this blog 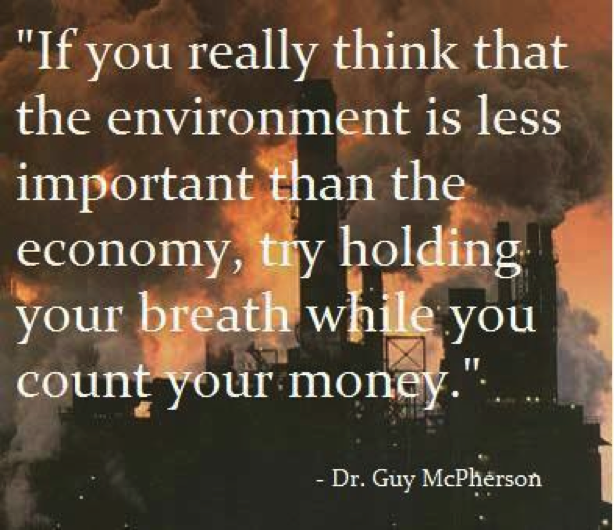