Encouraged by Jason Cao’s blog question of “What inspires you”, I decided to contribute to the Blog it Forward Chain with my thoughts below.  Thanks in advance for your interest and I hope you enjoy the blog! 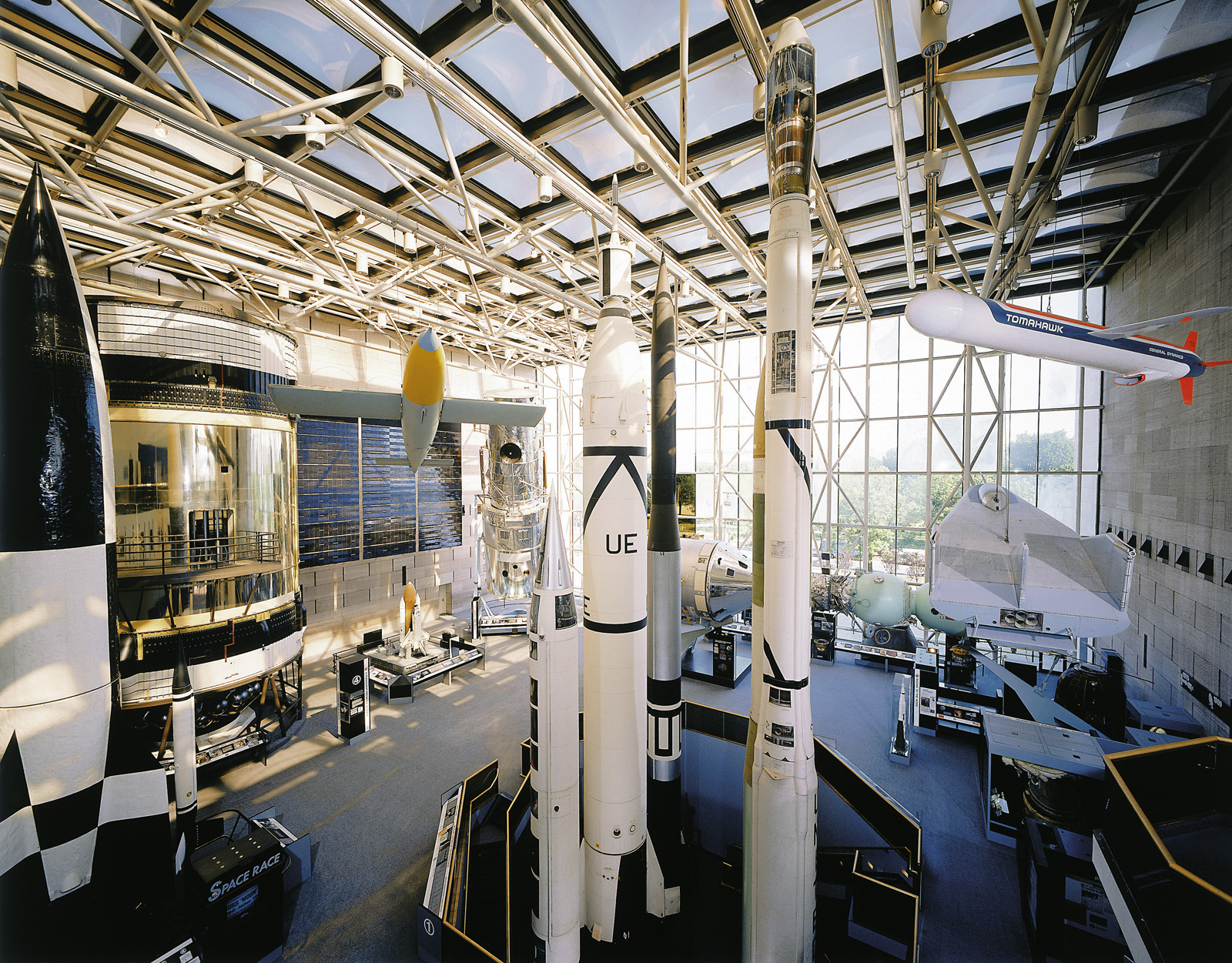 As an SAP Solution Engineer living in northern Virginia, my proximity to Washington, DC offers me the occasional opportunity to meet and engage with extraordinary individuals.  One of those opportunities presented itself recently at the National Air and Space Museum in Washington, DC.  None other than Apollo astronaut Buzz Aldrin was visiting the museum for a signing of his book on the Mars space program.  I gently convinced my daughter to spend a Daddy/Daughter Day paying a visit to Colonel Aldrin.

To understand the full impact of this encounter, one has to go back to July 1969, when three Americans left their home planet of Earth, travelled a quarter million miles through outer space and for the first time in history, humans stood on the surface of another world (Armstrong and Aldrin). 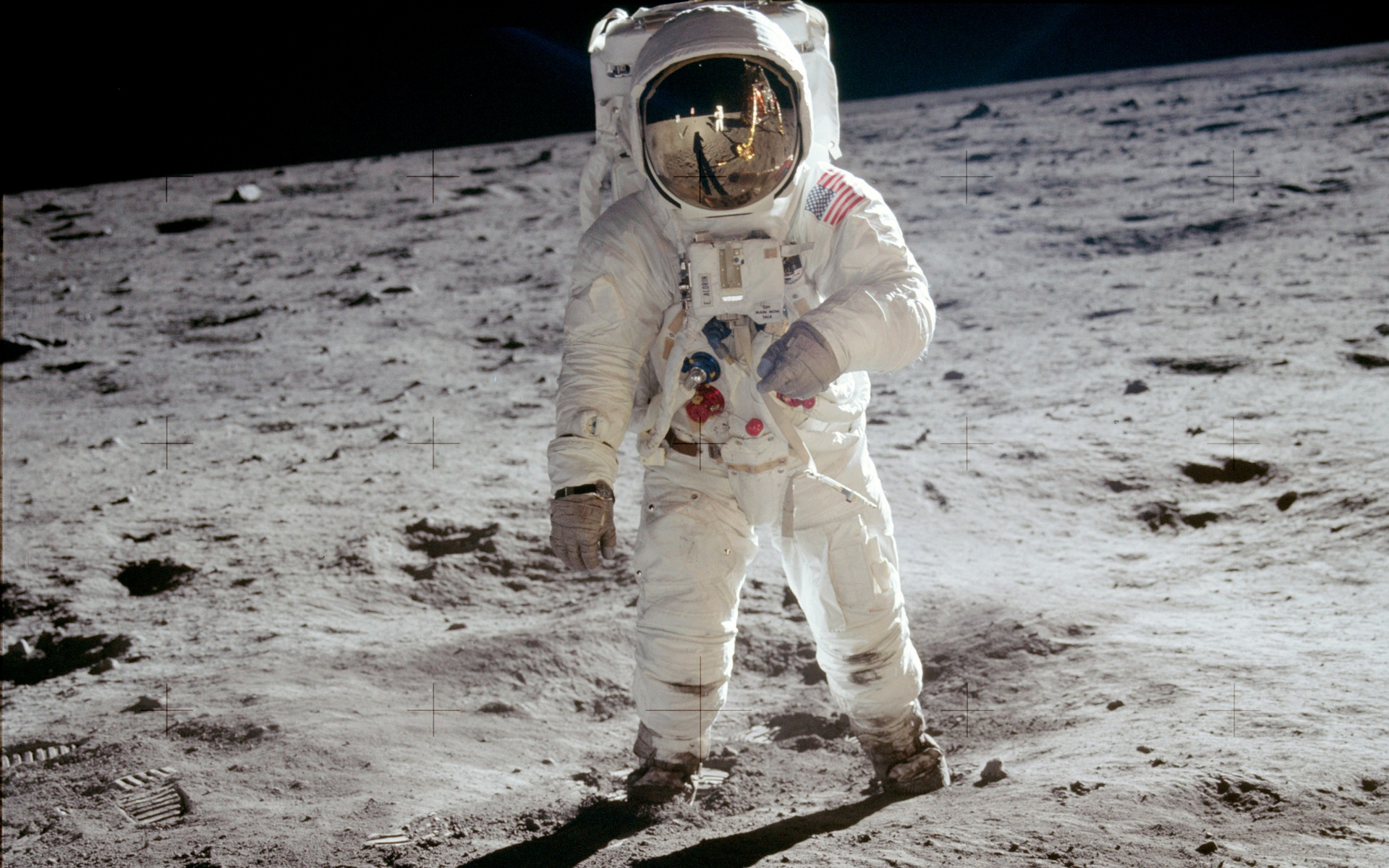 I was not quite eight years old on that day and the magnitude of their endeavor, while somewhat beyond my technical understanding at the time, none the less made a tectonic shift in my world view.  I had awoken that July morning just like any other kid, dreaming of being a fireman or a cowboy.  But by bedtime, the only thing I wanted to be was an astronaut.  It was beyond cool.  It was infinitely and monumentally epic.

I will be honest with you, I never became an astronaut.  However, that historic event imbued in me a life-long love for science and mathematics.  It motivated me to pursue university degrees in computer science and mathematics which in turn certainly contributed to my current role at SAP.  Buzz, Neal and Mike sparked into flame a passion that has not diminished in 45 years.  I don’t expect it ever will. 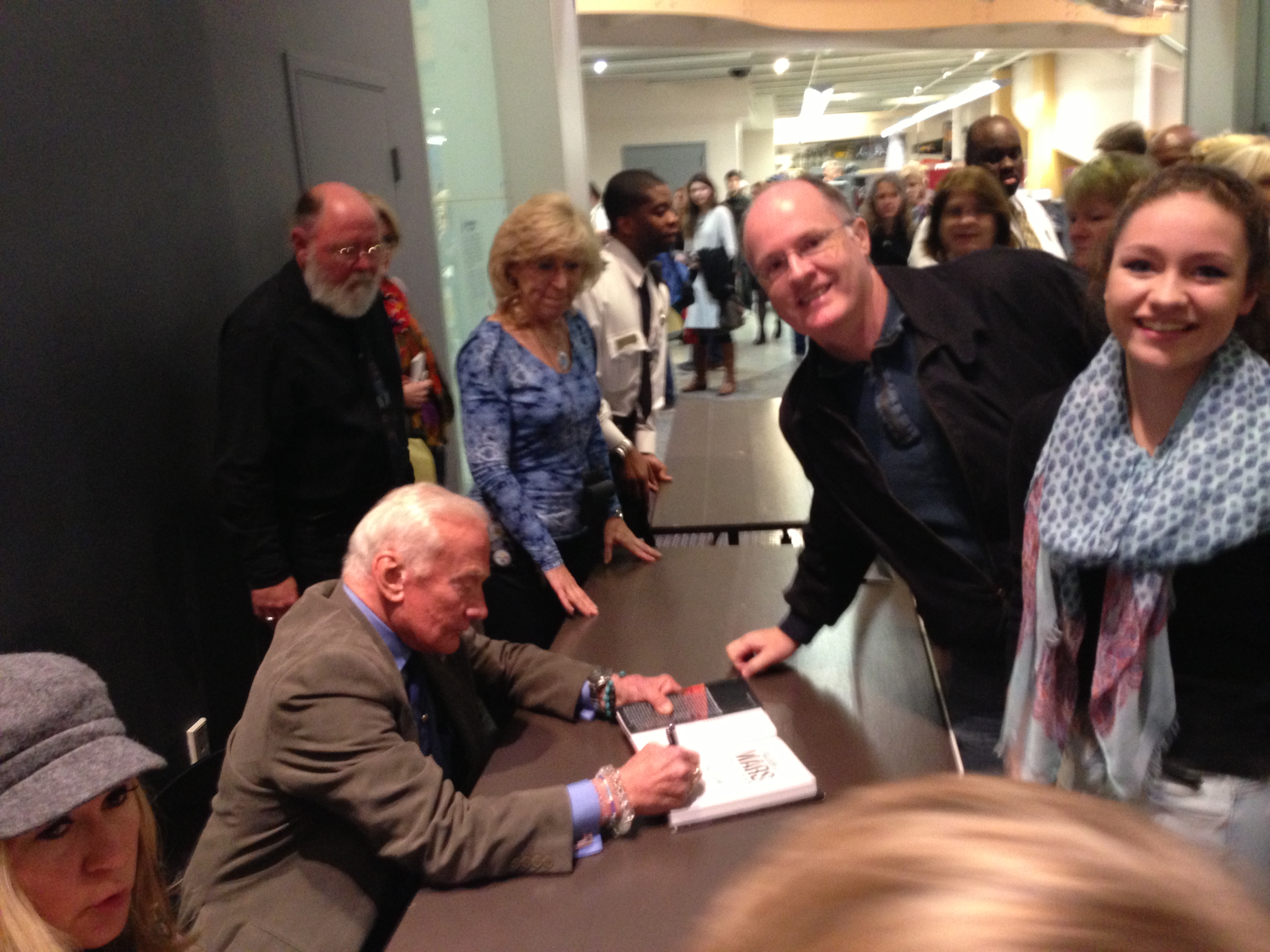 As Buzz approached the signing table, my first impression was how small in stature he was.  We made eye contact.  He said “Hey there.  Thanks for coming out!”  I replied, “Buzz, I would not have missed this for the world.”  I introduced my daughter, he signed the book and we moved on.  Though a small man in stature, he was and is a giant in my life story.

And then it struck me. In 1969, Buzz had metaphorically tossed a pebble of awesome into the pond of the world and I had been struck by a ripple.  Though just doing what he considered his job at the time, he had changed my life forever.  I am sure thousands if not millions of others as well.

I then realized that my own professional efforts, my job and my projects, can also have a ripple effect on those around me.  For example, on a recent project I was fortunate to make a small contribution to a logistics solution which resulted in feeding more hungry people in Africa.  Another meant better banking for businesses in developing nations.  Granted I was not walking on the moon like Buzz “Lightyear”, but I did find myself throwing my own tiny pebbles of awesome into the pond of the world.  Who knows what ripples would come from those small endeavors.  I do know they were for good and efforts worth doing.

So what projects are you working on and what pebbles of awesome have you tossed into the world?  Ping me back here or at @DaveFinnan.  I cannot wait to hear of them!

Nice to meet you and thank you for your contribution.

You live near me - I am in Northern Virginia as well.

What a great story to meet the great Buzz Aldrin and nice pictures too.

Good to know about you and your contribution..

Thanks for sharing with us.

Good to know about you

Thanks for sharing your experience with us

Wow.. what an impressive story. Thank you so much for sharing it.

Just exceptional.. the way you presented the inspiration could not have been better..

I agree with you totally we should always try to contribute in any nature possible... it may not have to be huge but it always counts and specifically for our inner satisfaction 🙂

Thanks a lot for joining the BIF family:)

Good BIF... 🙂 And great to know about such inspiring Buzz Aldrin 🙂