2014 – some thoughts on how to avoid project failures 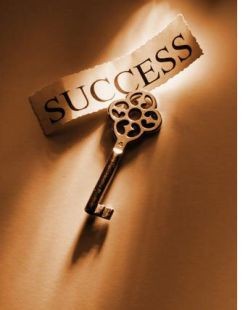 There’s nothing quite like finishing a year with a flourish and it seems that the appetite for finance automation has continued late into 2013 and will continue unabated into 2014 – that’s particularly good news if SAP is your core ERP system and finance systems hub.

During the course of 2013 we saw the typical run of big and small ERP and CRM projects falter or fail and while much was made of these failures and a great deal was spent on some of them and that is disappointing and seemingly wasteful. As always the root of the problems seem to all stem back to proper project definition, scoping and design. I like to think that some of them could have been headed off if there was a little more consideration of the people involved.

There were also some awesome success stories in 2013 for both SAP and SAP partners like Winshuttle. HANA of course took the limelight in many of these particularly with the focus on BIGDATA but there were just as many stories that focused on keeping the lights on and improving the way things are done – less glamorous back office stories that were just as important. For Winshuttle, some of these were highlighted at the annual Winshuttle User Group conference in San Diego, something Winshuttle will expand to Europe in May 2014 – an opportunity to hear how SAP customers are doing great things with technology add-ons.

For 2014 there will be a new crop of projects based on final spend made in 2013  for new or ongoing implementation in 2014 and this is a great time to dust off the principles of good project governance for  those plans and make sure everything is aligned with business and IT however as usual that will likely not be enough.

Those who have read what I have written in the past will know that I am of the opinion that successful  projects come down to more than the mechanics of governance and need and often are strongly influenced by advocacy, influence and personality.

Your project team will need the usual scorekeepers and whip crackers but it is important to include people who are representative of the business as a whole, are respected and vocal. They don’t need to be a part of the project full-time but they need to be periodically injected into the mix to make sure that the project has visibility and support. We often think of this as executive sponsorship but sometimes it is more than that. In projects in the past, I have seen outgoing executives who are on the cusp of retirement, are often willing to take this role on but this can just as easily be someone in a less senior position. Think about your options, look to management to find such a person for you and make sure that it isn’t a half-hearted choice based on the sentiment of “hmmm who could we blame if this doesn’t work?”

Secondly, start with baby steps. Pilot solutions, prototype them an choose simple scenarios to start, particularly if the technology mix is a little less familiar than the normal. While your overarching final objective may be large and grandiose, you don’t need to spend many cycles on trying stuff out and being frustrated if you have good familiarity with the capabilities of what you are implementing early on. This is particularly true if you are providing a platform for automation rather than implementing something narrow-band and discrete.

Lastly, test, test, test. Never underestimate the criticality of expansive field trials and a good batch of diverse scenario run-throughs. In this vein I see ‘in the trenches’  users being the best candidates. In order to ensure that there aren’t  skewed sentiments coming from the field ensure that you have a good mix of adventurers and maladroits.  The latter are important particularly if they tend to complain a great deal. There is nothing more confounding to the success of a project than a handful of disgruntled users who get surprised with some new-fangled technology that supposedly improves work practices but which they are adamant only brings more work overhead.

Other than that, carry on as usual I suppose, be safe and cautious, frugal and objective and may 2014 be filled with great success in all the projects that you complete and start.