It’s been almost more than 18 months that I came to know about SAP Lumira (formerly known as Visual Intelligence). Even though I was part of first SAP Partner testing on SAP Visual Intelligence (Now SAP Lumira) in Bangalore and one of the few who started publishing documents, couldn’t spend much time to work on it.

When I looked at Data Geek Challenge blog today, decided to create some interesting analysis though it was midnight.

Followed the instructions, replaced the older version (1.0.9) with the newer one (1.0.13) by downloading it from sap.com

There is the real challenge, which data set I have to choose..? Thanks for the useful links given in the blog.

I was quite interested to see what kind of data sets are available in http://data.gov.in as I am from India. 😉 . I could manage to get excel file which gives information about the Primary Census Abstract-2011 data for every state in India.

It has lot of information about the population in each state like male and female ratio, literature ratio, working person’s ratio..etc.

I took the Andhra Pradesh state (my Native.. 😘 ) file and below is the analysis with SAP Lumira. 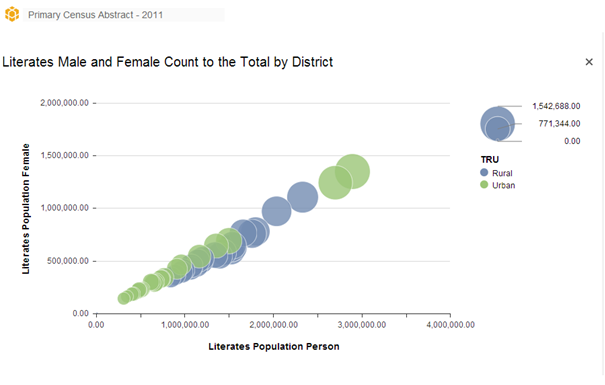 The above chart gives information about the number of Male and Female literates by Urban and Rural to the total number of literates. Interestingly in Urban Rangareddy is 2nd in the list and in Rural East Godavari sits in 1st.

Then I decided to do the same analysis on all states and find some interesting facts. I have collected all the states files including union territories, combined the data into one file and uploaded to perform the analysis.

Here are the some interesting facts. Ans: Mumbai. If we consider both urban and rural population then the answer is going to be Thane. 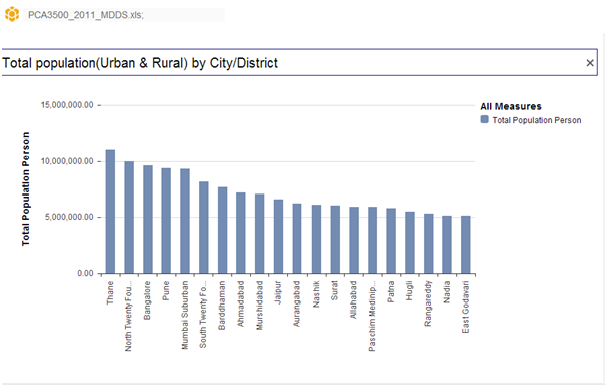 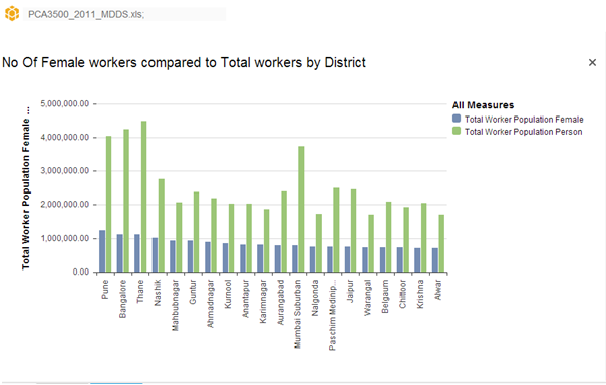 Question3: Which District has highest no of agricultural labour? 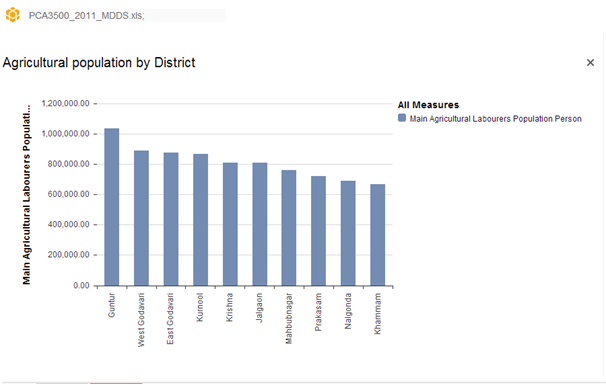 Another interesting factor here is, if I see top 20 cities based on agricultural laborers, 12 districts are from Andhra Pradesh. 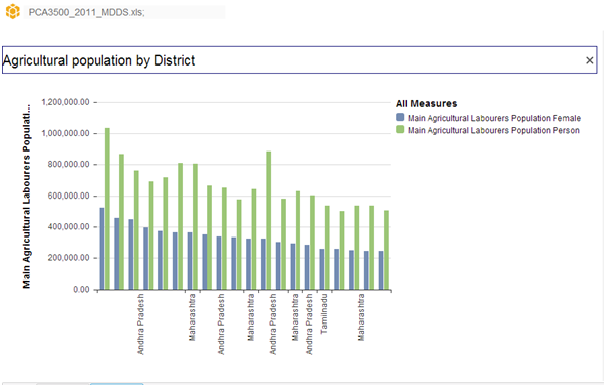 Question4: Which City has more no of illiterate males? 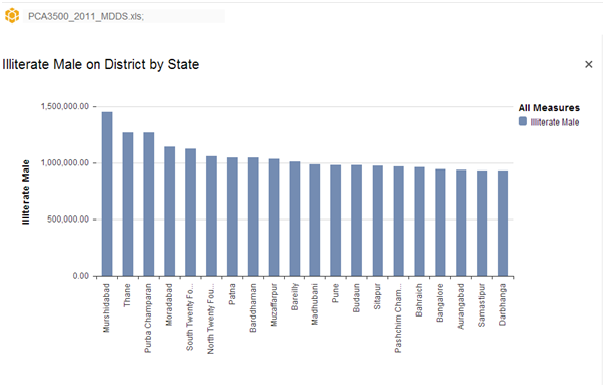 I will post much more analysis on the same data set in next blog.

Thanks for reading my blog and do write your valuable feedback.

I am amazed with the output for this question. great.