I’d like to start by expressing my sincere appreciation to Sue Keohan for blogging me forward in 2012. Sue is a great ambassador for SCN and has given me a lot of encouragement about contributing to SCN.

First, A Bit About Me

I talked about my education and career in my SCN MoM interview so I thought here I’ll give more of a glimpse into my personal interests.

I’m an unabashed fan of Star Trek and Doctor Who and think the 2005 revival of the Doctor Who series is the most delicious thing on television.

My current favorite contemporary artist is Jordan Piantedosi, a young up-and-coming artist whose art is full of joy and exuberance and feeds my love of colorful things.

I was briefly an avid rock climber until an injury in 2012 persuaded me to choose a less extreme hobby. One of my favorite moments from those days was as a new second in one of my first multi-pitch climbs in New York state’s picturesque “Gunks” in 2011. As I traversed an outcrop on the second pitch out of sight and out of ear-shot of my leader, I looked up to see my leader’s rope disappearing over a deep, featureless overhang which I had no hope of climbing. After a brief moment of dread and butterflies, I turned my focus from the obvious, impossible route to what was possible and found a route around the overhang. I’m fond of that memory for the lessons it holds about seemingly insurmountable challenges.

My family had dogs when I was growing up– Golden Retrievers named Cinnamon and later, Coco. I keep a list of potential names for a dog in case I ever get one myself. The current front runners are Tiberius (Captain James T. Kirk‘s middle name), Westley (from William Goldman’s The Princess Bride) or Bunbury (from Oscar Wilde’s The Importance of Being Ernest).

Lastly, I have an inexplicable but genuine fondness for zombie apocalypse movies.

And Now Some BiF Questions

Share a fun fact about yourself that people don’t know

In my SCN MoM interview I mentioned that I’m a phillumenist and promised to share a matchbook or two in this BiF post. Below are a few matchbooks from my collection. The one which started it all (center) was from the Fort Wilderness Resort in Walt Disney World, Florida. My most recent matchbook (top, second from the left) is from Termas Papallacta in the Ecuadorian Andes. Clock-wise from Termas Papallacta, the others are from Yosemite National Park, California; Montreal, Canada; New Paltz, New York; Breckenridge, Colorado; Helsinki, Finland (brought back by my sister who traveled there); two from Paris, France; La Jolla, California; and finally Boston, Massachusetts. 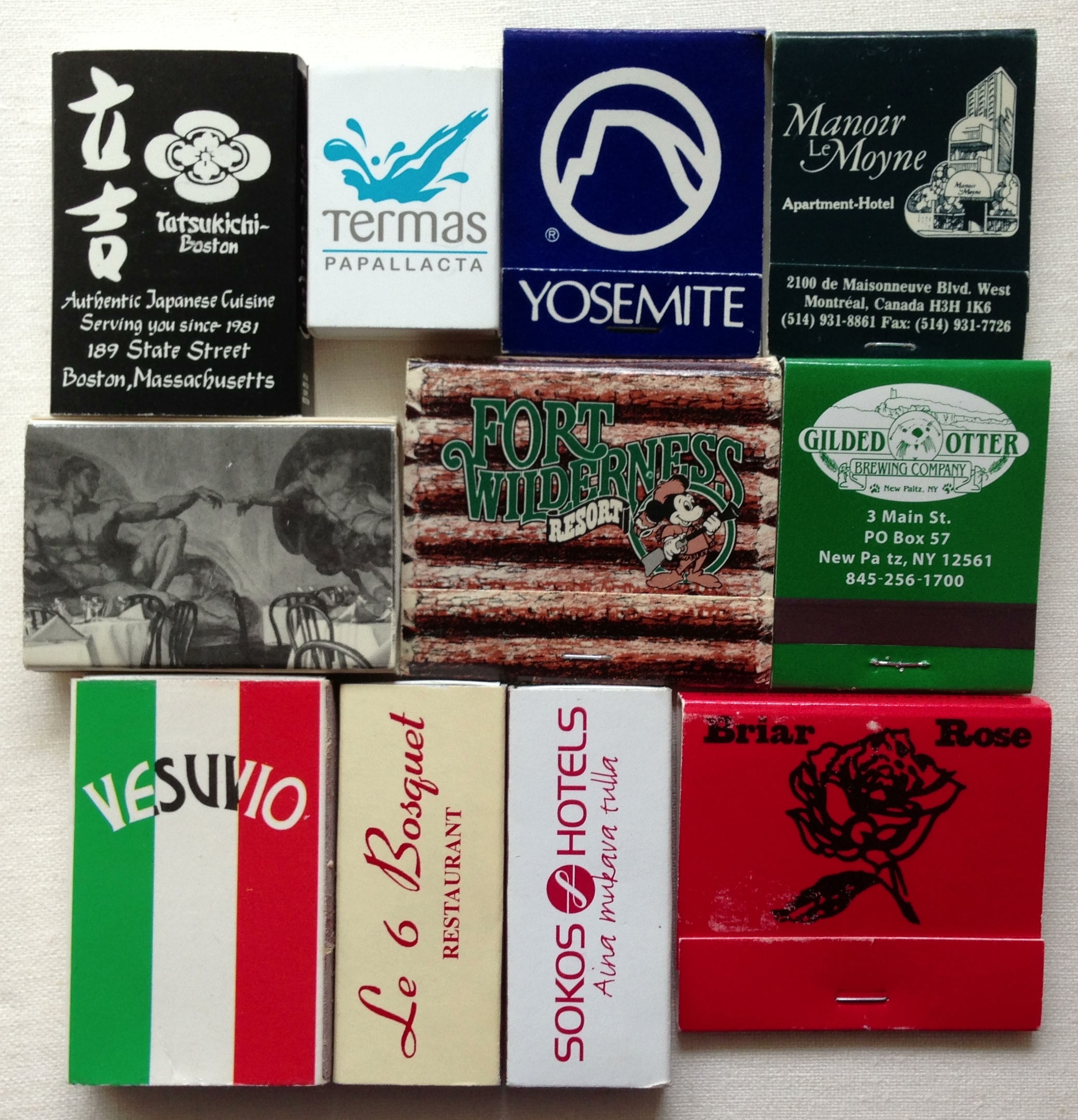 My parents taught me that you can achieve anything you set your mind to, that all that is required to reach any goal is focus, dedication and effort.

Name the person who affected you most in your career and why?

In 2000, David Rosenberg who was then the team lead for the Infrastructure Team in MIT’s SAP group took a risk hiring a newbie Java programmer to learn ABAP. David quickly became a mentor and taught me most of my good programming habits. I appreciate the opportunity David gave me, the time he invested to teach me ABAP and also his method of teaching– he would give me a requirement in a few sentences then leave me to figure out the implementation on my own. Then we would meet to discuss my solution.

If you had to choose a different career, what careers outside of programming appeal to you?

I’ve always thought I would have enjoyed being a photojournalist, in particular a photographer for National Geographic, so that I could travel to every corner of the world.

I’d like to blog-it-forward to Kiran Kumar Valluru whose prolific contributions to the SAP Community Network make the Web Dynpro ABAP community one of the best resources on the web for Web Dynpro developers.

I am sorry about the injury.  I would think rock climbing would give you the confidence to do anything.  Did you take up another exercise-like hobby?

Congratulations on being Member of the Month and topic leader.

Thanks Tammy. 🙂 I continue to enjoy yoga and hiking, which combined, grant many of the same rewards (focus, meditation, nature) as climbing.

Amy, Good to know about you...

Very nice lesson taught by your parents to you, very simple, very true.. Liked a lot... 🙂

And Congratulation for Being MoM. 🙂

You and Kiran, both are very good source of WDP, I always found something new and useful in your content.

Thanks Chandra, and you too contribute a great deal to the WDA community. 🙂

You are one of the SCN Contributor I admire and It's very nice to read your blog. You are very couragious! Great to read your adventure and so sorry about your injury. Rock Climbing.. I would never dare to do that.. 😛

Nice matchbook collection! Your alternate career choice is very nice, which shows you are special and your interest towards wild photography!

Finally you pulled me into BIF 😯 I didn't write any blogs till now!

Thanks Kiran. I look forward to reading your blog, and happy new year! 🙂

I look forward to reading your blog,

Wish you the same Amy. A very Happy and Prosperous new year! 🙂

Welcome to BIF Family. Enjoyed reading your experience. I had already gone through your MoM interview and it was amazing.

Thanks very much Jitendra, and a happy new year to you as well. 🙂

Thanks a lot for joining the BIF family:)

Great BIF Amy and thanks for adding a picture of your collection! I can understand why the Disney Fort Wilderness one began it all 😉

BTW I vote for Westley if you get a golden. Beside loving that movie, it just really suits 😎

I thoroughly enjoyed reading it. but it was bit sad to know over ur Injury. But I'm glad to know that u can still climb... But this time its on SCN.. by scoring points 😛 & reaching more milestones. 😀

I agree to you! Goal is focus, dedication and effort.