For the past i dont know how many years, i’ve been attending and speaking in SAP TechEd. I usually attend the US one as its often together with ASUG sessions and in recent years i usually do two of the three – US and EMEA. This year I actually managed to skip Amsterdam and go for TechEd Bangalore. In both TechEd’s i’ve participated in the unstoppable Marilyn Pratt‘s #FailFaire event. I have to admit that the Event in Bangalore was eye opening to me, as failure has a deep cultural aspect. Talking about failure in a ‘western’ environment (Vegas) where everyone’s codes about success and failure are pretty much aligned was interesting, but hearing fellow mentorretes Kumud Singh and Jansi Rani Murugesan discuss failure as it is viewed in the Indian society (and especially by women) was truly a unique experience for me, one which kept me thinking for a long time after the panel. 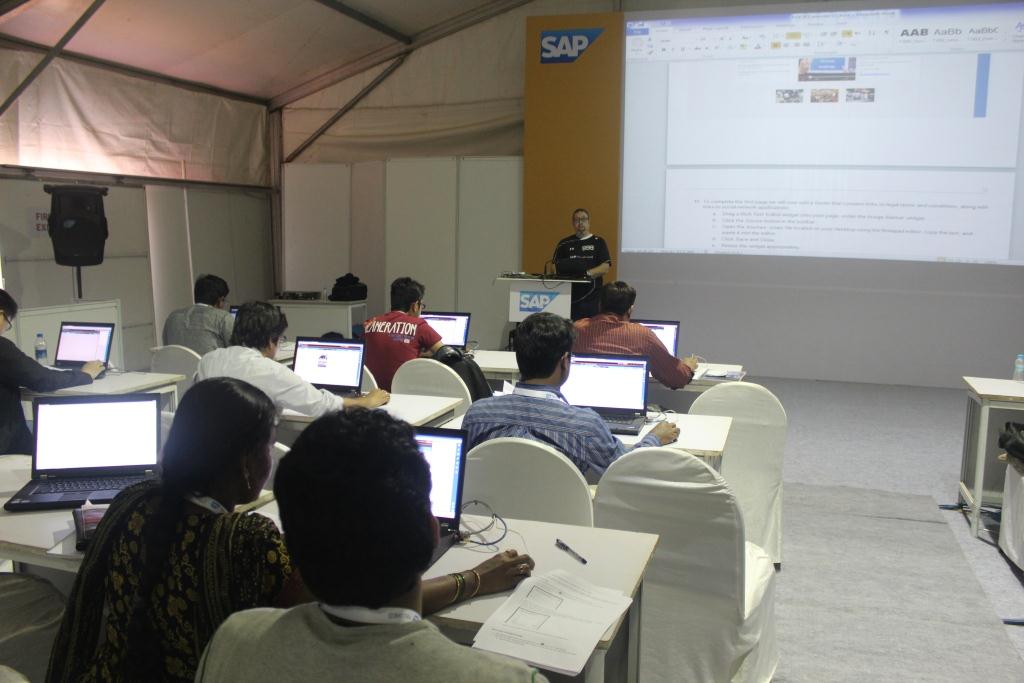 One of the points which I’ve raised during the panels both in Vegas and Bangalore (and I admit, I was much more coherent about it during Bangalore, as I had some more time to crystalize my thoughts) is this – Failure is not monolithic. While people often tend to look at the bottom line – Did we succeed? Did we fail? I think there is another way to look at failure and that is to break it down into tiny pieces. Of these tiny pieces – you should analyze what actually did work and not only what went wrong.

Dont get me wrong – analyzing what went wrong is super important – if done honestly and without looking to blame – it can be the foundation for learning how to do better next time. But in (almost) every failure – there were things which you did right. It is as important to keep doing these things right and not just improving the things which you did wrong.

I’d like to give an example based on the HANA Cloud Portal. During TechEd in Las Vegas, I was doing a hands-on POP265 – Hands on teaching the participants how to create a site using the HANA Cloud Portal. Now – I’ve done hands-on before, including Web Dynpro Java and BPM hands-on sessions – where you had to work hard during the sessions – helping to overcome J2EE issues, java code mistakes and what not (Chris Whealy might remember that particular nasty one). Those were hard hands-on. This one – was supposed to be easy. So – I read the script created by Ifat Shwartz, did the necessary steps using my Cloud Portal account and came to the session expecting it to be a walk in the park. I’ve even dragged my Macedonian fellow Mentor Phil Loewen, wanting to show off how cool the Cloud Portal actually is.

5 minutes into the session – we realized that we were in deep s*&t. All the participants were required to create their own free account, which they succeeded, but the account was created wrong – without any site creator rights. So they were basically left with an empty HANA Cloud Portal and no ability to create new sites.

Was it a failure? Oh yes. A grand one. We just got 60 people spend 2 hours of their busy TechEd schedule to see a product which doesn’t work.

We woke up the head of Cloud Portal development back in Israel (he was not a happy camper) and within 2 hours the bug was located. Within 6 hours, a hotfix was applied to the system and lo and behold – all the systems were back to normal. Our DevOps team even went back to tall the accounts of the hands-on participants and fixed them retroactively so that they had fully functional accounts now.

So when looking back, we of course took a look at what didnt work – A developer introducing a bug into the Initial account creation script, the event speakers (thats me!) not doing the full flow of account creation but instead relying on their existing account, not having a team on call to support an event which happens in a different time zone, etc.

But – we also took a look at what worked well. The Engineering and DevOps teams’ ability to locate a bug and fix it to all productive systems within hours is something which we could only have dreamt of in the Good Ole’ days of NetWeaver. Moving SAP in general and Portal specifically to the cloud has brought us a huge gain in agility which is something that we need to preserve. Once the bug was fixed – the exercise itself was really great and participants in Bangalore really enjoyed it. That’s also something to preserve. Last but not least – the way we as a team dealt with this failure, without finger pointing and throwing blame around is also something we need to preserve.

With the cloud we can truly fail early and fail fast. Being able to see failure as something beyond the bottom line is something which is hard but in my opinion enables you to grow from your mistakes and make brand new ones each and every time.