In production/process order we find Confirmed date in two places. One is in General data tab page and another in Dates/Qties tab page. Below screen shot shows these two fields in the process order. 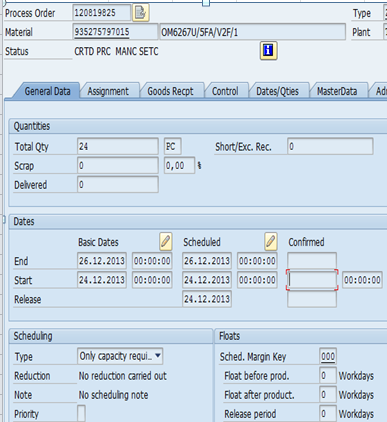 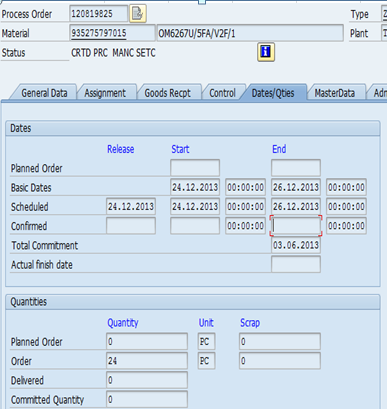 These two field are getting updated in different time with different statuses.

The confirmed date (end) in general data tab page is getting updated when the GR will happen and delivered qty will appear in General data . Confirmed start date will update once the confirmation started. Hence the field Confirmed end date will only appear when the order is in DLV status. 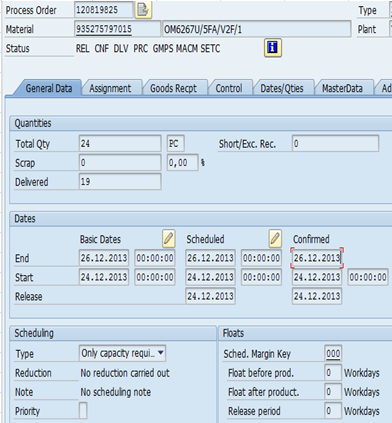 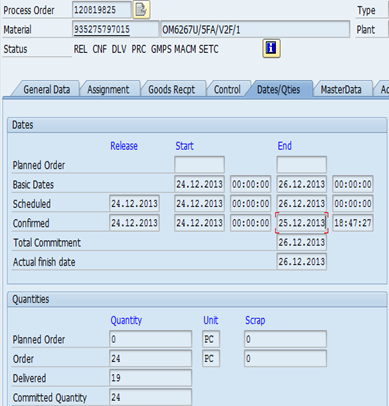 Thanks for sharing this information. Though this looks a basic, you have clearly explained us the difference. I have also given rating to you. Thanks again for sharing your knowledge.

Thanks 🙂 . This is very basic. You are right.

But a lot of misunderstanding I have seen within people.

Yes, i completely agree with you. Thats why we have thanked you for sharing your knowledge. It  will help many PP guys who reads this .

Thanks again for ur initiative. 🙂

Never thought the difference. Thanks for sharing.