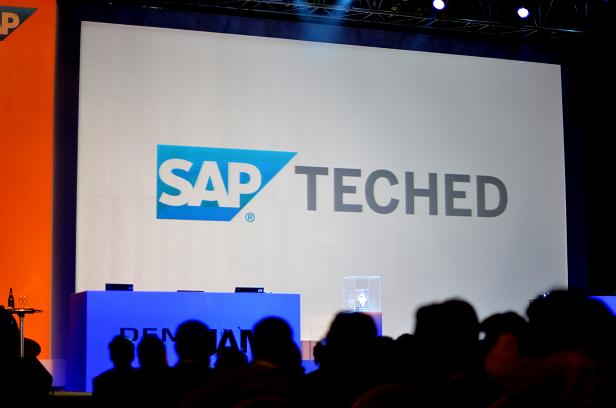 SAP TechEd as always was a very good platform for making  valuable connections with peers and distinguished IT professionals from the SAP community.

Yeah 11-12-13 , the dates when SAP TechEd kick started at Bangalore, India with speaker notes Vishal Sikka and then followed by Partner’s Key note.

This was not over when the latest technologies like SAP HANA , Fiori , SAP Lumira were showcased. Speaking more on my technology, I was amazed with new functionality they have introduced in SAP Fiori. I loved the speed, the visual graphics, Active Tiles, Search functionality and the ready to use applications.

We represented our booth and showcased what customization was done from our end from SAP UI5, Fiori, Syclo and Mobiliser perspective. Moreover Accenture being platinum sponsor of the event, gained lot of positive response from the crowd adapting new technologies and working on them .

Not to mention SAP Booths , where experts from all the areas were ready to answer all our queries and surprised us with their roadmaps on what they are working on and what will come in future. One of the best thing I like about SAP is : they keep surprising us, and ya they will in future. They are already ruling market . Fiori launched 6-8 months back is still new to 50% people from SAP and they have already launched version 2 (Wave 2) and working on Wave 3 to be launched by February 2014.

Clubhouse is always a medicine to all those tired people who run here and there for trainings, demos and workshops. Coffee, ya a boon and energizer.

It was 5pm and I saw people grabbing seats and I was clueless on what was gonna happen .  SCN is 10, yes SCN is 10 years old now and was happy to see Real Founder of SCN dressed in attire which no one would have thought of 😀   😀 delivering dialogues of GodFather. People clapped and shouted at each n every punches.Now Yes it was time for Demo Jam , where all the participants with there innovative minds, developed highly useful tools and showcased them in front of 6000+ professionals and as per the votes by audience the judgement would be done .

Winners were awarded by Sourav Ganguly, ex Captain of Indian Cricket Team and also Top SCN Contributors were rewarded (Hope next year I will make it 😉 )

Ganguly, with his very inspiring thoughts and words won many hearts and gave his esteemed speech on Team Building, Work, Pressure and praised young minds who are always supporting Cricket and related the same with IT culture.

After Chief Guest Ganguly, it was party time and Singing Star, Aakriti kakkar with her melodious voice ruled the night and ensured that everyone danced to her numbers 😀 End of Day one 🙂

We ensured all the participants who attended our demos and attended this event, didnt left empty handed, they enjoyed the best of 3 days and gained 200% knowledge and those with some knowledge were left answered 🙂 I liked the way SCN marketing was done with providing the badges which you have in your SCN profile and getting your picture clicked 😀 😀

Also SAP Store , you can shop for accessories from SAP 🙂

nice summary. It is always good to hear someone's experience.