In this document I will outline the concept behind SPDD and SPAU and how modification adjustment transport requests should be created for automatic handling of adjustments during Support pack activity. This document can be used when handling adjustments using SPAM/SAINT tool.

Consider we have a 3 system landscape with SID’s DEV, QAS and PRD all in same transport landscape and domain controller. Initially the support packs are applied on DEV system. During the SPDD/SPAU phase we perform the adjustments on DEV system. The adjustments are locked in adjust modification requests. So we will create one request for SPDD and one request for SPAU. The objective now is that adjustments have to be handled automatically in QAS and PRD system.

We have to assign the newly created transport for SPDD or SPAU or as below. Go to SPDD or SPAU screens after the requests are created. 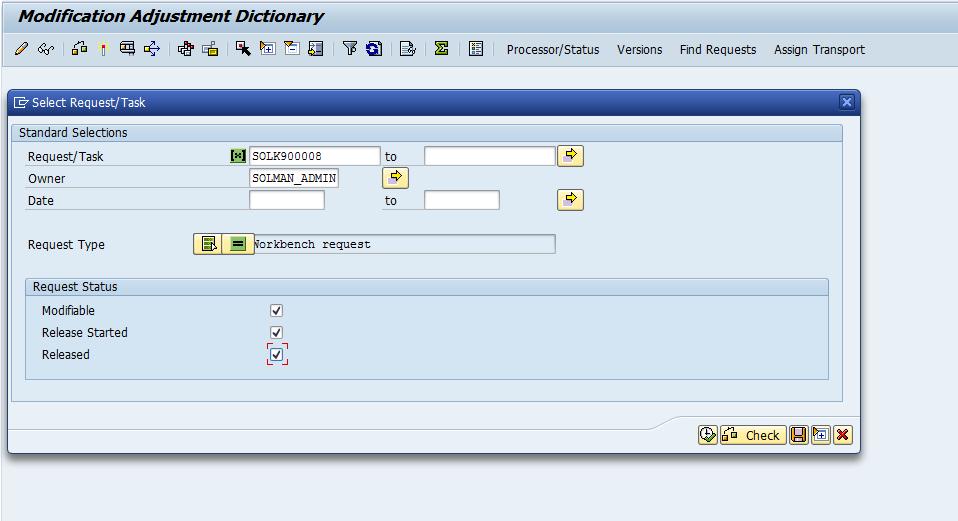 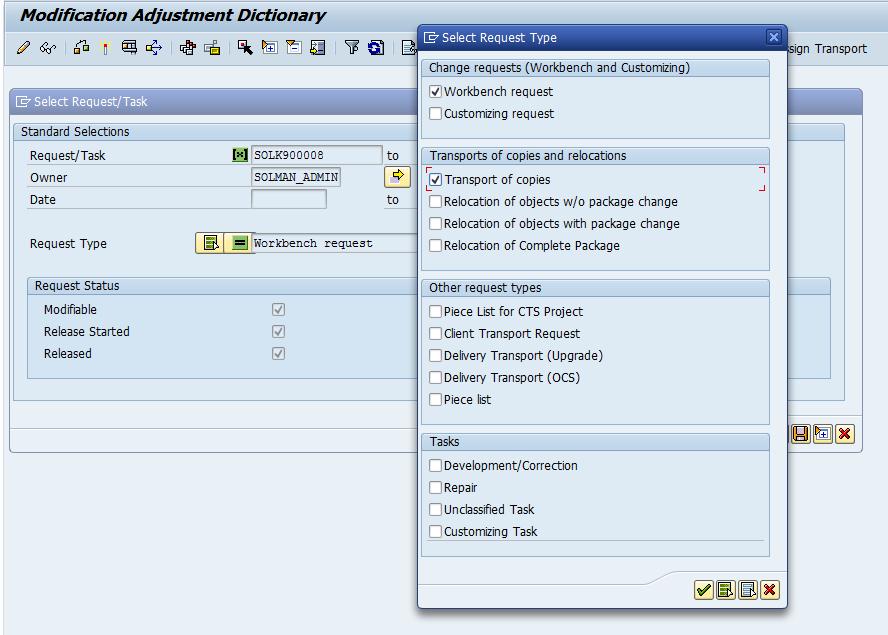 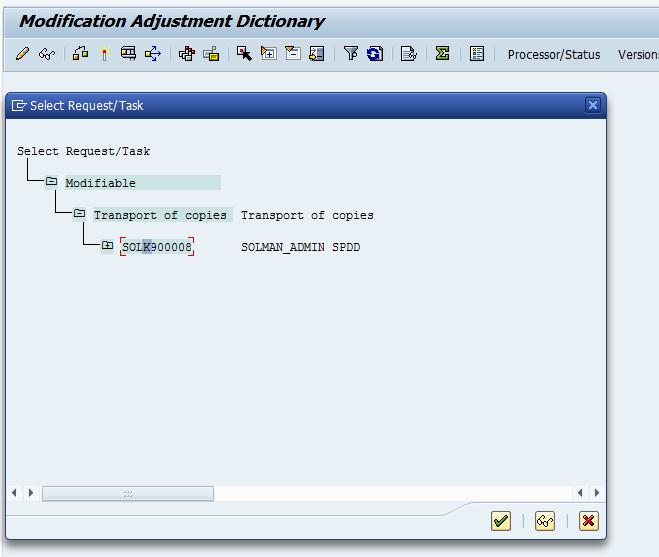 Now when the request will be appended with request attributes which you can see via SE01. Basically the SPAM tool will compare the support pack level in the request attributes and only if the support packs level matches, the transport request will be accepted as an modification request. During the SP activity you have to provide these transports when modification adjustment pops up comes. This is the same procedure to be followed for both SPAM and SAINT.

In case you are using SUM tool, then you have to use 2 separate requests for SPDD and SPAU  and furnish them during the configuration roadmap step when the tool asks you.

Good post to understand how to create the modification adjustment transport request...

I have a question:

After reading this article i guess that it will not be possible because the support package levels do not match.

In my case, I need to create a "Modification Adjustments" for a package installation of the our Add-On. The objects in OT are our Add-On, and I need import this OT in diferents installation SAP, and becouse this affirmative "only if the support packs level matches, the transport request will be accepted as an modification request. " my OT was ignored.

What can I do?

I am not quite sure if I understand your question correctly...

What do mean by OT (object Transport?)?

Normally a modification adjustment is necessary when SAP delivers a new Version of an development artifact which has been modified by the customer. In case this modification has been done by an add-on (something which should be avoided if possible...), the Producer of the add-on is reponsible to check how the modification should be dealt with. The Outcome of that check is put into a so called Conflict Resolution Transport (CRT) which is then included into the upgrade so that this part of modification adjustment is covered. This CRT also includes Information for which Releases it is valid.

Is this the Situation you talking about?

In the new SAP-systems SPDD is changed, the menu-item "Assigna transport" is not available any more. How can we create the umod-file?

How do I check if the transport has been flag for SPDD?