This article is based on SAP BI 7.30 version with support package 5.

Sometimes we would encounter ABAP short dumps during transports or during data load through DTP’s for new developments or for changes in the existing developments.

These errors occur when the Infocube & DSO are changed & without recollecting the related transformations.  There are 2 possibilities which would occur

The reasons for these are that 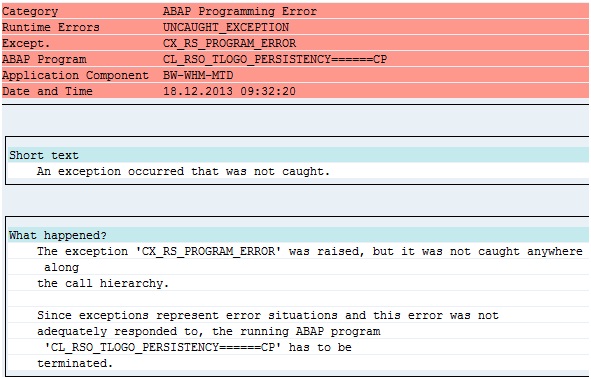 The way to rectify this is using the SAP Note 1627236 which I have given below in a simpler format. 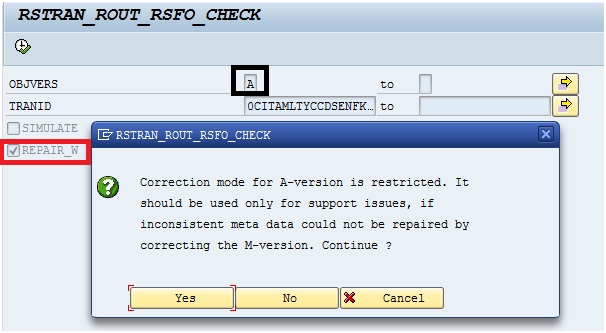 Yes. shifted it today. Thanks.