This blog is part of the Blog it Forward activity. I was blogged forward by Blog It Forward – AhMeD IbRaHiM and Blog It Forward – Jitendra Kansal and would like to thank AhMeD and Jitendra for this great opportunity to provide some information about myself to the community. In case you are not familiar with the Blog it Forward activity, get more information here – and if you would like to participate have a look at this chain.

My name is Hannes Kuehnemund and I was born in Germany in a city called Weissenfels in Eastern Germany. Since then may parents moved a lot and finally settled near Heidelberg where I finished school and got my Bachelor of Arts degree. Heidelberg is just a few miles north of Walldorf. SAP has been present all the time as a matter of fact and so it was quite obvious to start my career at SAP in fall 2000.

In the first years at SAP I held various positions in product and release management as well as ABAP development for SAP HR (R/3 4.7 Enterprise). In 2003 I moved into the SAP LinuxLab to finally make my hobby – Linux – my profession. In the LinuxLab I was doing various tasks like porting the SAP R3SETUP installer to Linux IA64 (Itanium), work on performance optimizations in the Linux IO scheduler or a side project called NetWeaver on a stick (which we stopped because a 2GB USB stick was way too expensive at that time!!). I introduced PGO makes for SAP on Linux kernels using the gcc 4.1.2 complier onwards. By time I was also responsible for the SAP on Linux Hardware and Virtualization certification which finally lead to the certification of Amazon Web Services for SAP production use.

Since 2011 I’m the product owner for SAP Cloud Appliance Library (CAL) working for Markus WINTER out of the SAP Palo Alto office.

Where do I live now

Since February 2013 I live in Silicon Valley – and this will continue to be the greatest experience I make in my life. There are so many cultures in the valley, so much entrepreneurship, so much future and innovative thinking around – it is mind blowing. I love having so many food options around, besides the traditional American food there is a Fusion restaurant for every cuisine available. Last but not least, I started to become addicted to Indian Food, especially Butter Chicken. Simply AWESOME! A fun fact about myself

I’m working for SAP for more than 13 years now, never for another company. The funny thing is, that I never wrote an application for any company – so how did I get a job at SAP? It is simple; it was my mother who wrote the application for me. I was surprised when she told me that I have an interview for a sponsored university program at SAP back in 1998. I managed the interview and got selected for one of the 30 positions, 2 years ahead of time (because I was still in school at that time and did not waste a thought about my future).

Wow, there are countless things I like at SAP, all the people I have been in touch with the last 13+ years – the spirit that allows the employees to make special things happen, the openness of communication, and much more.

The most wonderful memory in your life until now

That was probably the vacation with my dad, when both of us were heading first to Ulan Bataar, then we took a small plane to Dalanzangad from where we took the traditional Russian UAS jeep into the Gobi desert to participate at the Gobi Marathon. My dad and I were in position 3 and 4 and just before the finish line he let me advance although I was completely exhausted and he was actually still in very good shape. So finishing your first marathon in the desert of Gobi, 3rd place with the support of your dad – that is still the most wonderful memory of my life until now. After that we did a couple of other (ultra) marathons too … 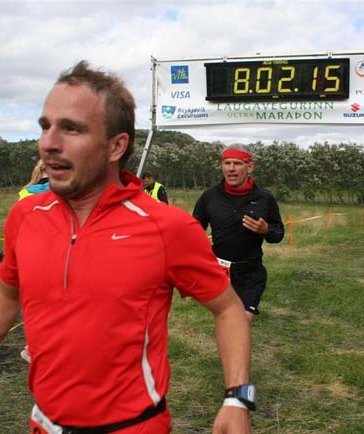 Which is the most satisfactory moment in my life?

What did I do yesterday

My wife and I participated in a community event where both of us (and probably 300+ other people and kids) packaged Christmas presents. It was a huge Toy Wrapping Party at the Red Morton Community Center in Redwood city. It was an unbelievable great experience and you learn how to package a basketball … that was really hard! 😉

Hobbies that are worth to be mentioned

One of my favorite things to do is preparing speeches for the Toastmaster meetings. Being an officer of the local SAP Toastmasters club is it my duty to deliver great speeches and encourage everyone to join the club because there are so many dormant skills which Toastmaster awoke in me. The professionalism one gains after being a member at a Toastmaster club is much more than you would get from any 1-week training I’ve ever attended.

Also, I like Video games – a lot – and I impressed the trainer of the enterprise gamification training lately when he asked the round how many video games we have played in our life. The average number in the group was approximately 10-15 (without me). I played around 2000 video games up to now (not all of them until the final boss) and still enjoy it. It is unbelievable how different every game is and how creative game developers are. I made my dream come true in 2010 when I visited Tokyo / Akihabara to experience the Japanese gaming culture. The below picture was taken is Asakusa/Tokyo next to the Bandai building. 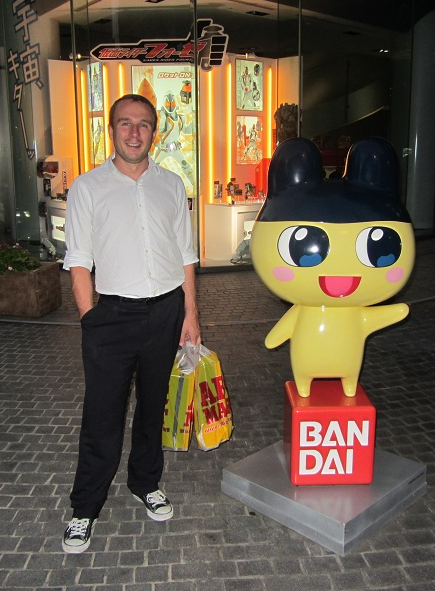 I hope that every body learned something about me and I would like to give other the same chance too. Therefore I blog it forward to:

with the following questions:

So long … thank for reading and talk to you soon

Thank you so much for accepting the invitation and welcome to BIF family. 🙂

this is really interesting. 😀

And how many miles you run in that Gobi Marathon?

Enjoying reading your BIF. Thanks for sharing.

That were 26 miles ... and it was warm - but worth every foot step from the beginning to the end 😉

I also like Linux a lot, RHEL and Knoppix are my favorite ones - tried Ubuntu only once

I guess I haven't played even 200 games including mobile, PC and PS3 games

Good to know about you 🙂

If I remember correctly I started with SUSE 5.3 and then other SUSE's until I moved to LFS (Linux from Scratch) to really learn Linux. Then again SUSE, Red Hat (Fedora), Ubuntu ... and now Windows again 😉

Are you a Android or IOS guy?

You are one of those keeping BlackBerry alive 😉

Hi Hannes, Good know more about and your journey especially your entry into SAP.. That was really Intresting !! 🙂

Good to know about your Marathon Ranking, Congrats for being placed at 3rd 🙂

Glad to know that you are in Silicon Valley.

Yes Silicon Valley is a great place when working in IT. You see how things are invented here and brought to the world 😉

HI Hannes 🙂 , welcome with the lucky person in #BIF family 🙂 , really marathon was Wonderful activity and the best you achieved third place !!!  i will not say fourth place 😉

thanks for sharing , it was nice to know about you and your family supporting 🙂

😆 Good to know that you and your mother are good app developers.So the question is who is the good coder you or your mother 😉 ?

Good question, I would say that I'm better with app development although it has been more than 7 years when I last used an development environment 🙁

Very cool BIF. You daddy is impressive as marathonist!

You have played 2000 games, right? How many you've got finished?

Every man has a common hobby / activity with his dad when spending time together. Some go fishing in a lake (usual picture from US based movied), some do other stuff.

Running Marathon is an activity that is healthy (if prepared properly) and you see the world (considering that you do not run the same city marathon over and over again).

My background on video games used as feedback to SCN missions and badges. Let's see if someone picks that up 😉 Playing all those games must have had an impact 😉

Feedback on SCN missions and points

It is nice to get to know you! It is impressive that you ran a marathon in the Gobi desert.

I saw your name in the coffee corner and then read your blog about SCN missions and points. We should meet! I'm in Palo Alto as well, and like you I was at the toy wrapping party in Redwood City earlier this week. My second year. That's funny.

Your favorite memory is truly a special one. I love that your dad 'gave' it to you 😎

Which side you started basketball wrapping?

Where did you put "This Side Up" sticker?