It was a great experience representing SAP Screen Personas at SAP TechEd Bangalore, thanks to the highly knowledgeable, well informed and the inquisitive crowd.  Personas had a good presence this year with multiple sessions and a continuous presence in the UX booth in the technology showcase area. This kept the engagement going with customers, partners and the developer community. 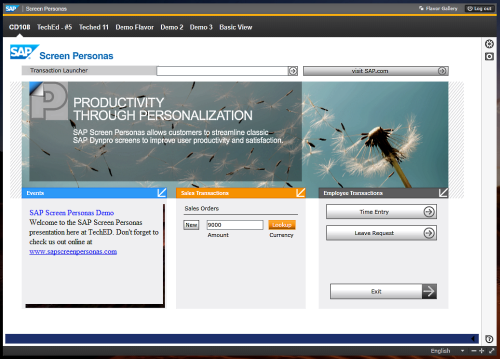 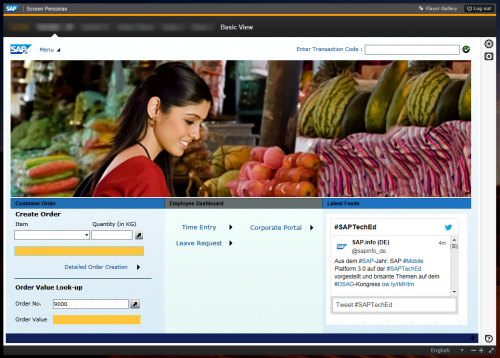 [Image: Snapshots of flavors showcased during the lecture and demo sessions] 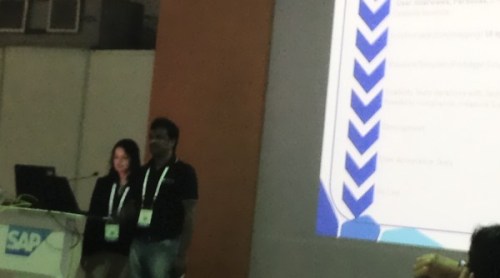 Neel provided an overview of Personas and spoke in depth about the architecture, the flavor creation process and the business value that Personas brings for its customers. This was part of the CD108 lecture session and was well attended by approximately 150 participants who were keen on understanding the finer details about developing flavors and implementation at customer site.

Priyanka provided a detailed demo of the flavor creation as part of the CD108 lecture session and enthralled the audience with the simplicity of use and the ease of flavor creation. The demos on scripting capabilities and tab caching caught the imagination of the participants and there were very specific queries on the same.

Shailesh kept the engagement going with customers, partners and developers at the UX booth with high energy levels and enthusiasm. Most of the people who visited the booth had come to understand the difference between Personas and Fiori and at the end of the interaction they had a very clear understanding about the positioning and also on the features and capabilities of Personas.

Sathish conducted the demos in the demo sessions and also interacted with the participants in the networking sessions. There was a huge presence in all the 3 sessions and it was a highly interactive session. The questions ranged from business usage to in depth technical queries and for all the 3 sessions, the interaction continued well past the stipulated time. Participants included those who were curious about Personas vis-à-vis Fiori, to those who were implementing Personas and had queries on some of the advanced features.

Overall it was 3 effective days of interaction and knowledge sharing. Though there were wide ranging queries, there were many queries on the following topics.

Personas vs Fiori – Participants were curious about the different UI technologies and how they complement each other. Since the Fiori and Personas booths were located next to each other, the visitors to the booth could interact with both the teams and were able to appreciate the complementing usage of Personas and Fiori. Refer SCN articleSAP Screen Personas and SAP Fiori are Complementary

Performance – An often asked question was about Performance and what it means for the customers and end users. Technical performance in comparison to SAP GUI and SAP GUI for HTML apart, the emphasis should also be on business performance. The article on myths about Personas deals with this in detail and the interactions helped in clarifying the myths on similar lines

Training and Support –Towards the end of interaction with participants, most of them had queries on how they could take this forward, get trained in Personas and get support for their implementation. The community in SCN is highly vibrant and there are lot of materials in SCN / you tube that could help them interact with experts and find solutions to their issues.

[Image: From left to right, Sathish, Neel, Priyanka and Shailesh]