With the latest SAP Lumira 1.14 release and update to SAP Lumira Cloud, you can re-publish your datasets to Lumira Cloud and hence update your data as well as all stories and visualizations that are associated with this dataset. I have now realized that there are 3 different types of staff listed, I want to group these together in SAP Lumira and re-publish the dataset.

In the Prepare room of SAP Lumira I grouped Other Support Staff, Direct Support Staff and Vendor Staff to Staff, as shown on the screenshot below. 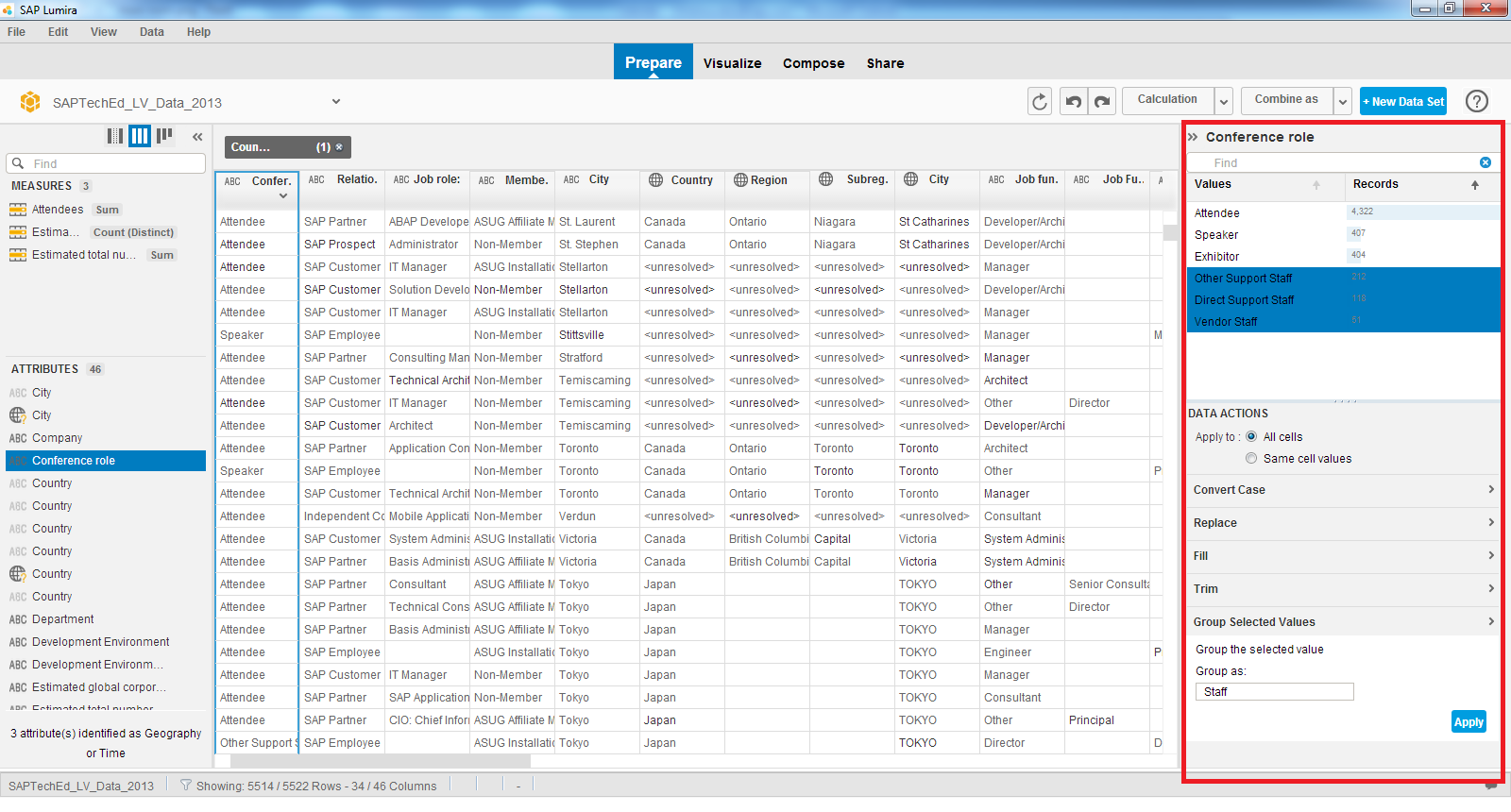 In order to re-publish the dataset I navigate to the Share room of SAP Lumira, select the updated dataset and chose SAP Lumira Cloud as destination. 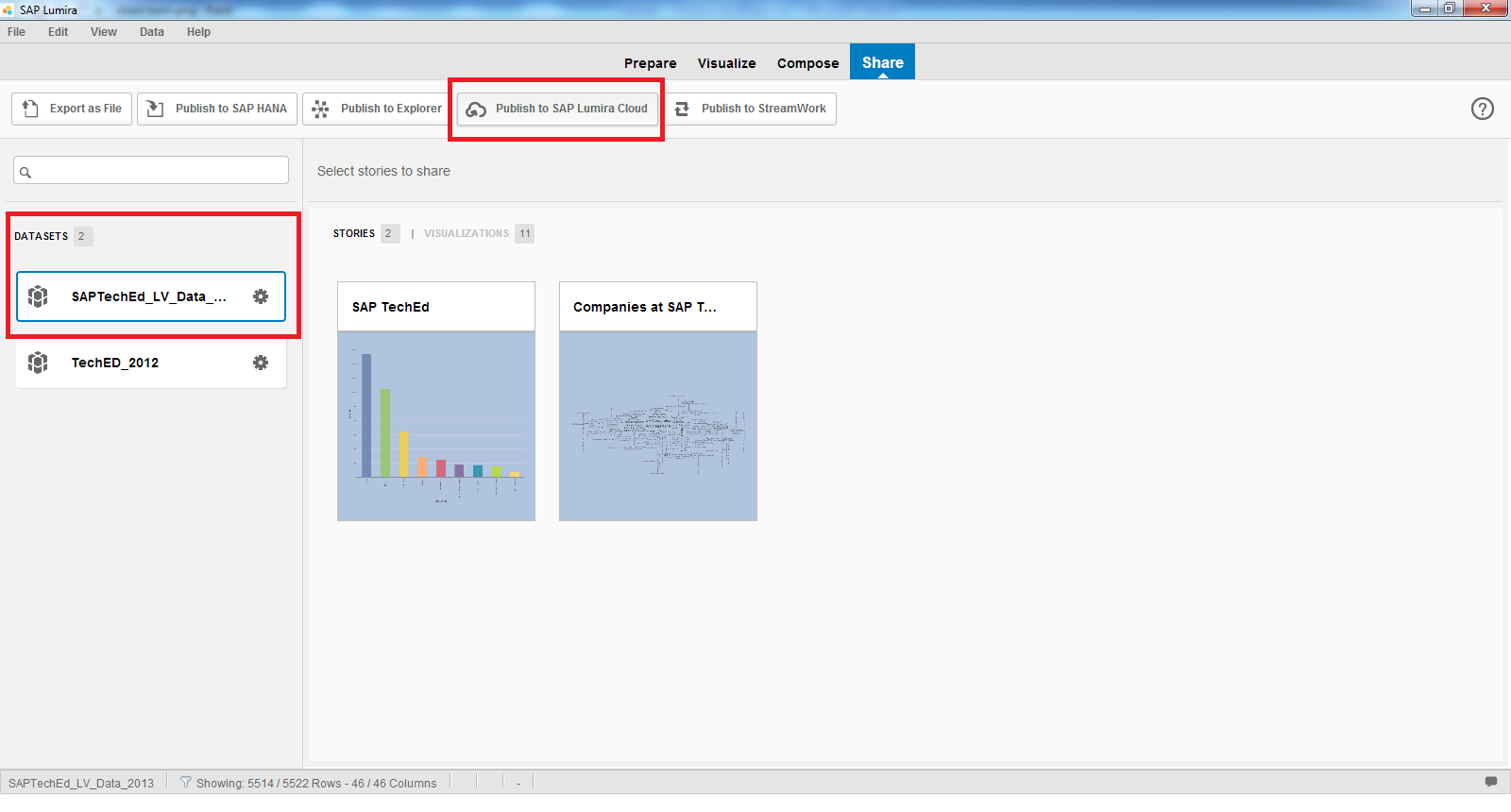 Lumira will recognize that the dataset has been previously published and will indicate that the existing dataset will be overwritten. I press the Verify button. 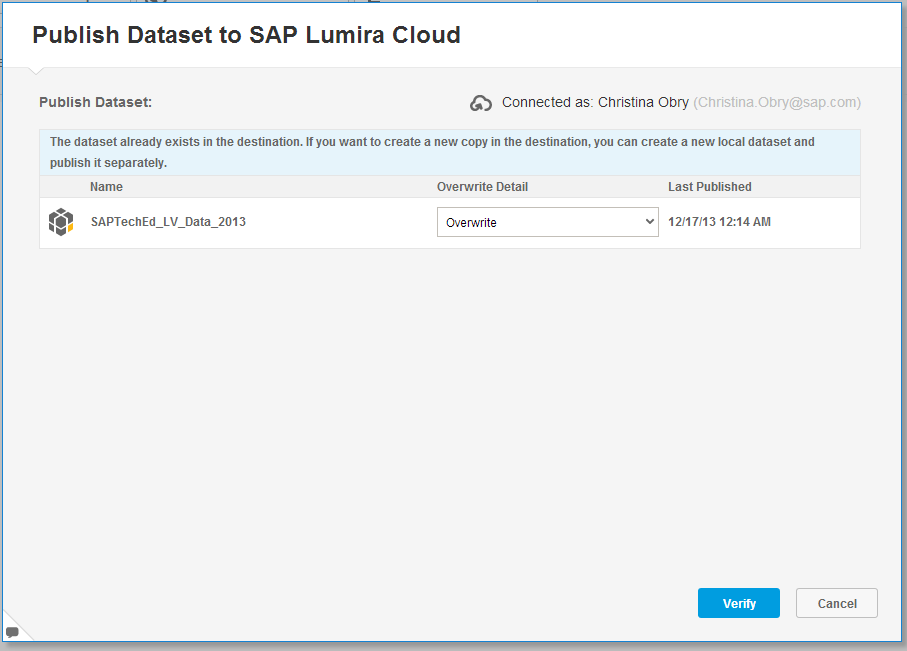 A verification process was put into place with a warning in case the dataset schema has been changed and may break other stories or visualization that are already on the SAP Lumira Cloud. 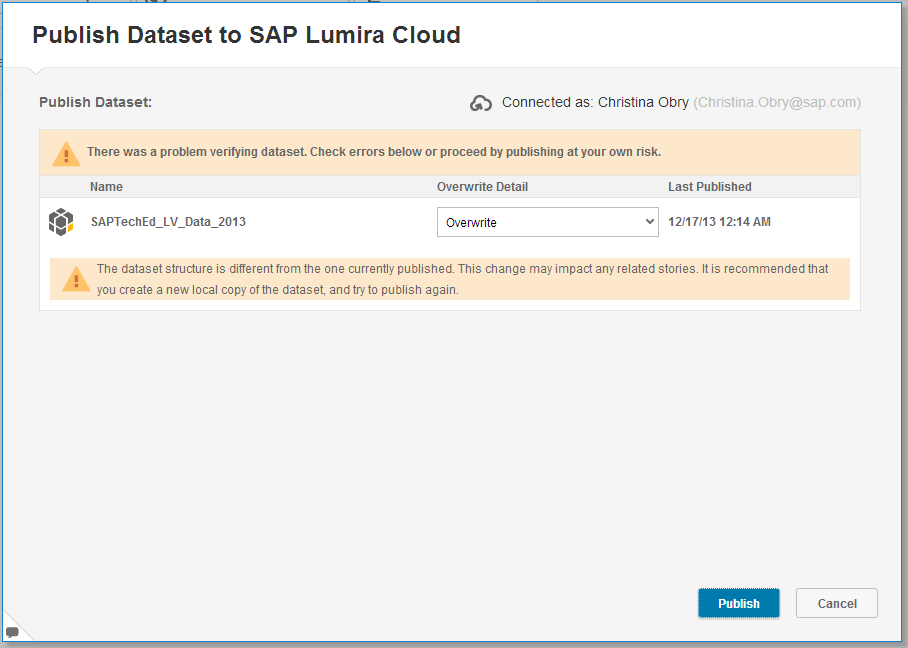 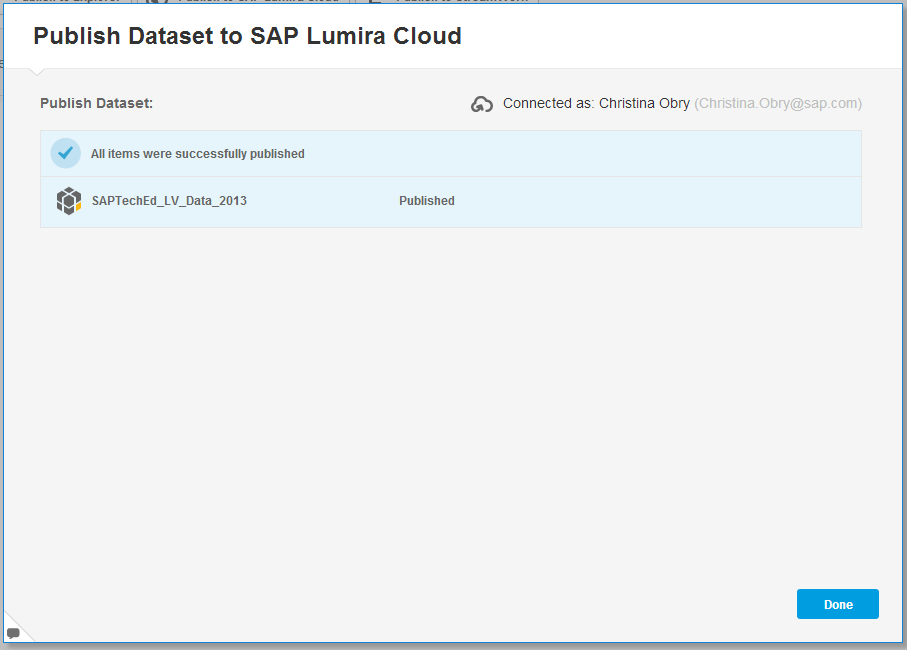 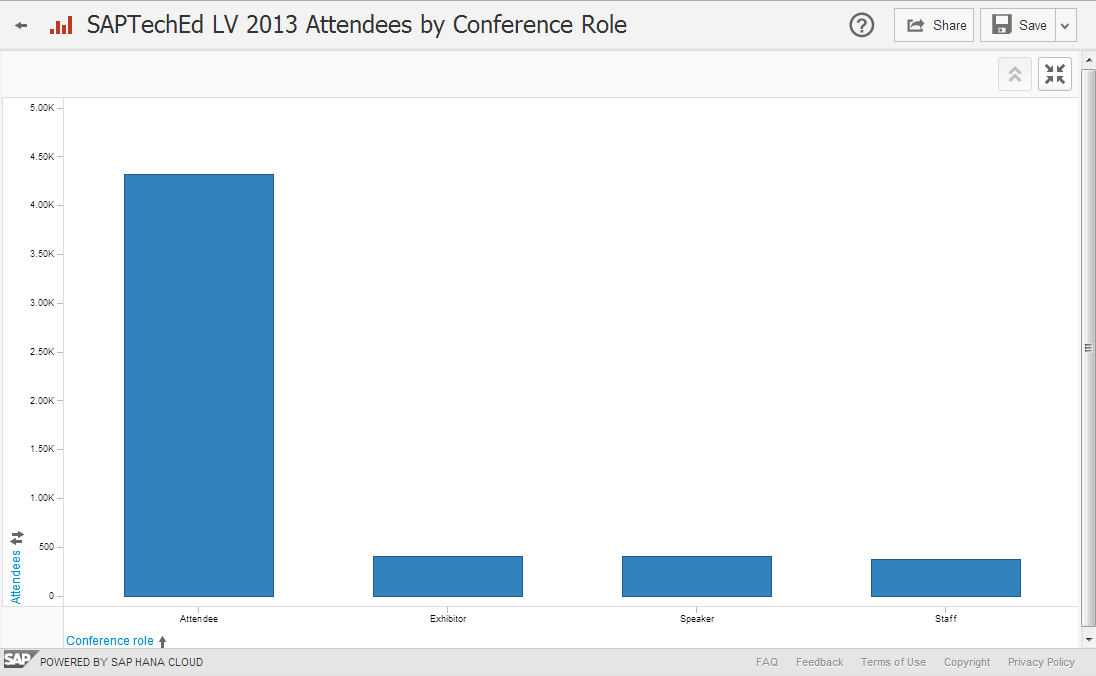 I've just been playing with this, specifically with publishing storyboards, and I've found what seems to be an annoying behaviour. Here's what I did.

This is a little annoying. I'd like to share the storyboards from Lumira Cloud and then re-publish them periodically without having to add back the filtering.

The filters that are applied to each visualization in a story are maintained while publishing. So are the controls set on the storyboard itself. I would recommend to set the filters on the visualization itself.

We do realize that there is room for improvement with regards to global filters and will further investigate into this topic.

Please let me know if you have further questions.

I guess that makes sense, but it does mean some duplication if I have several visualisations built on the same dataset, and all needing the same filters. And duplication means both more work and the possibility of some of the filters being different by accident. From my point of view, duplication is almost always bad.

you're right the duplication of filters per visualization can be error prone and as I said we do realize that there is room for improvement with regards to global filters. I'll make sure to forward your feedback to the corresponding team as we will further investigate into this topic.

BTW using controls you can filter the entire board at once.

Hello, I created a sheduler in order to update the dataset every day al 12:00 pm, I checked the publish data set to sap lumira cloud option but I always see a red icon that says Access to Cloud has been denied. The manual update works fine. I tried with lumira desktop 1.7 and 1.8. I saved my cloud credentials in SAP Lumira Cloud. Do you have any idea what's wrong? 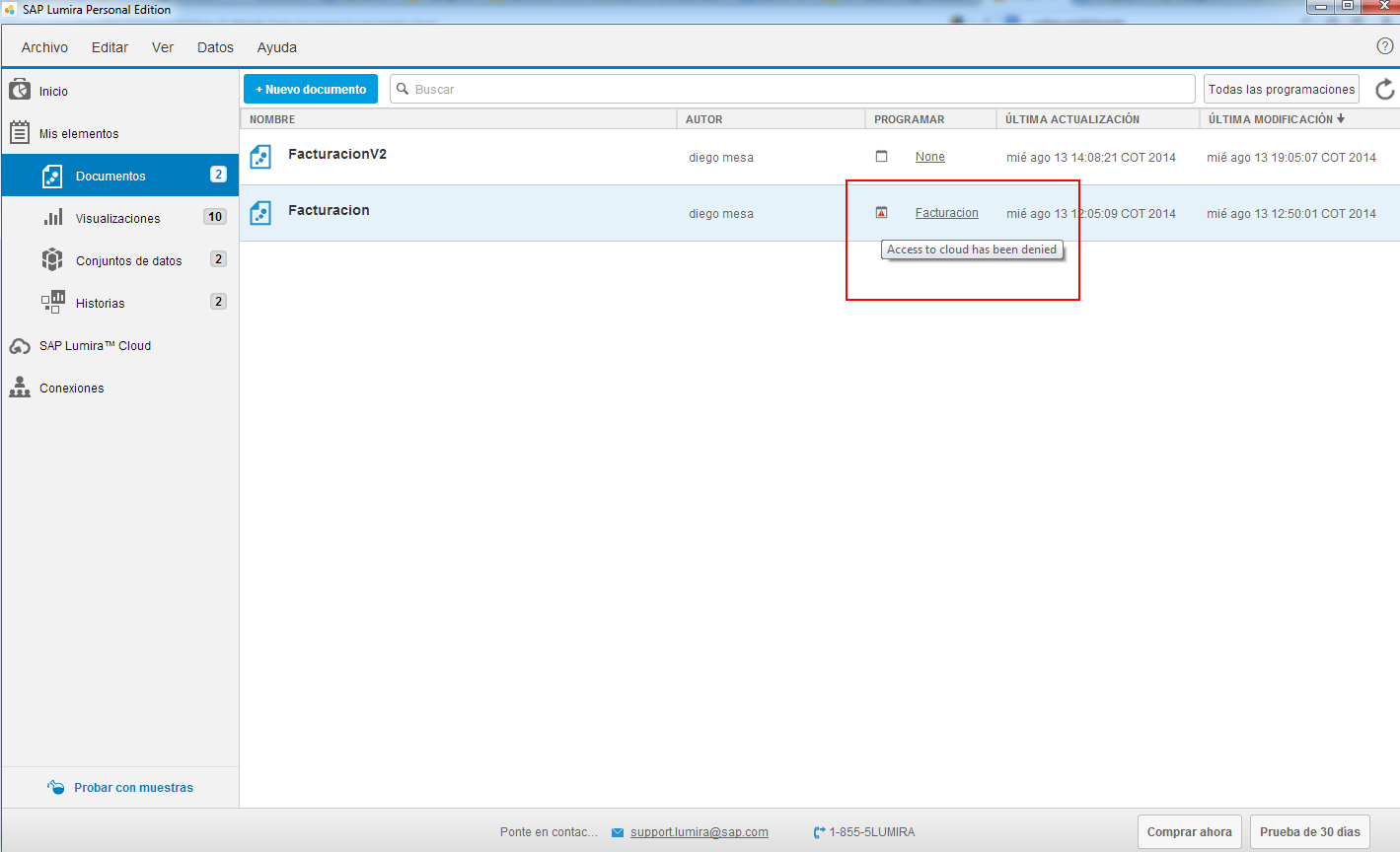 hi, you should create a separate discussion thread, and/or contact the support team for download/trail customers: support.lumira@sap.com