After coming across the Data Geek challenge i have found SAP Lumira very Interesting and so thought to take part in this.

The data source i have used is taken from Wikipedia 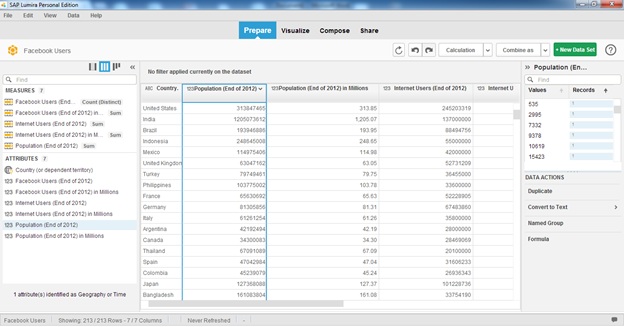 Facebook Users (End of 2012) in Millions by Country (or dependent territory).I have used Facebook users as a measure and Country as an attribute 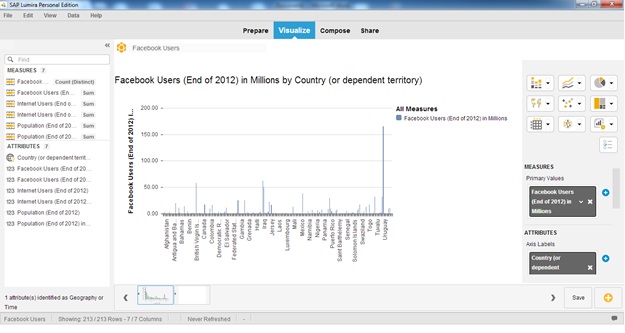 As i could not get any clue i have used two more measures Internet Users and Potential Facebook users(i.e Internet users – Facebook Users) 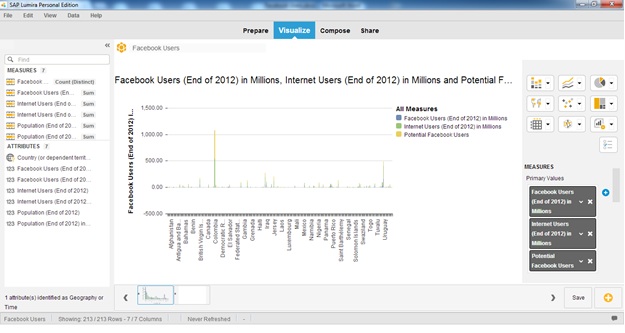 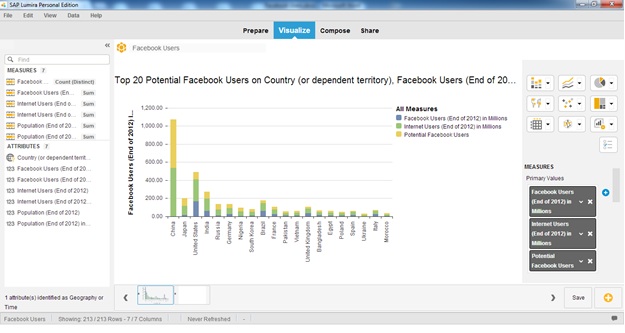 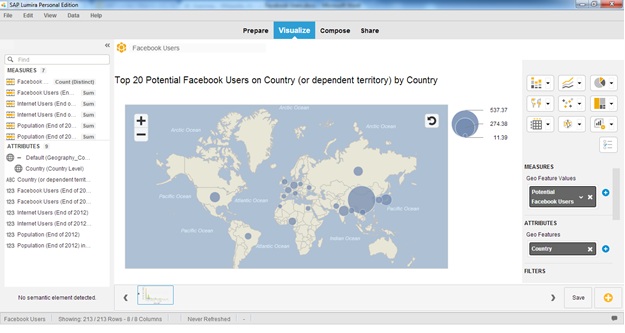 Finally i have filtered the Countries based on the Bubble size. These are the countries where there is chance of increasing the Facebook users 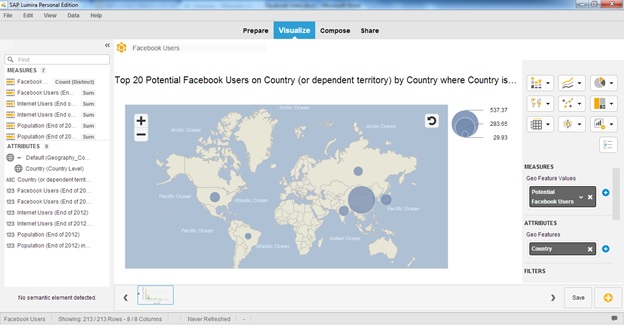 I enjoyed taking a look at the visualizations that you came up with.

What would be the conclusions that you derived from the overall analysis of the data?

Also, it would be great to know what your experience of using SAP Lumira was like.... Where there any problems that you encountered?

And, what would you say would be THE feature that you enjoyed/used the most?

I liked the Geographic charts and by using them i came to know in which regions there is a chance of increasing the facebook user base,