My Brazil experience (Part I)

“YES YES YES!” I shouted, when I was asked whether I could support an SAP team in Brazil with communication for the grand opening of the SAP Labs Latin America. – I then worked with a fabulous event team in São Leopoldo, Brazil, where all of this was to take place. We spent months on the phone and in telepresence calls working on save-the-dates, invitations, agendas, speeches, posters, and a whole lot more.

Finally, I was given the chance to fly to Brazil to support the team on-site and spend nine days in their beautiful country. 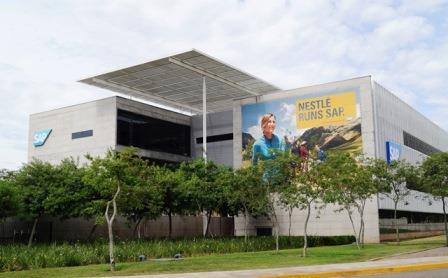 Frankfurt – São Paulo – Porto Alegre was a long trip, but worth it. I had heard that the SAP Labs would be cool to work at, especially for young people , but this very modern and stylish location exceeded my expectations.

We arrived on a Thursday, four days before the big event and were warmly welcomed by the young Brazilian marketing and communications team. It was great to finally meet the colleagues we had worked with for so long in person. The Labs Latin America is located in São Leopoldo, a 30 minute drive from Porto Alegre. Depending on the traffic and rain, it can take up to a few hours! 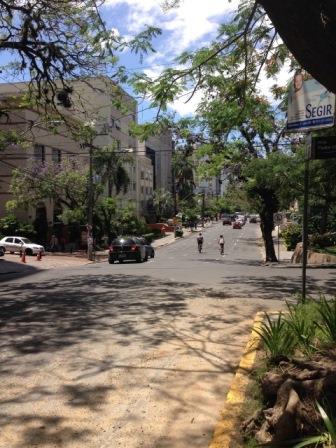 Porto Alegre is the capital city of the state “Rio Grande do Sul” with about 1.5 million habitants and has become one of the top commercial and economic centers of the country.

One thing I noticed when spending the first few days in Brazil: Meat plays a very important role in everyday life. I have never eaten as much meat as I did there!  And how tasty it was!

We continued the celebration of the first day of the grand opening of the SAP Labs Latin America (read here) with a networking dinner at the restaurant Schneider, where the national and international guests could experience the exquisite Brazilian cuisine with a famous traditional “churrascaria”. A “churrascaria” serves various kinds of local meat cooked in a barbeque “churrasco” style – chicken, pork, beef, lamb, duck, fish, and many more. Along with this, you can also choose salad and deserts from the buffet. Yum! (Though chicken hearts are not quite my taste – see the small things in the middle of the picture…) 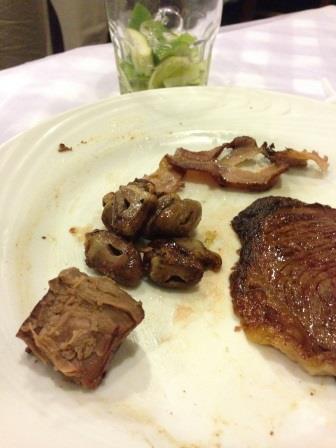