EHP6 was released long back , but still we are seeing some issues in SCN about DG warning messages during performing DG Checks in Logistic documents.

Example of the issue:-

In sales delivery document if we are trigger DG Checks , will get the message of “Material does not have Release indicator set” , we will get this message even if we maintain release indicator in DG Master (refer below screen shots).

Specifically this issue will arise who are upgraded from old version to Ehp 6.0 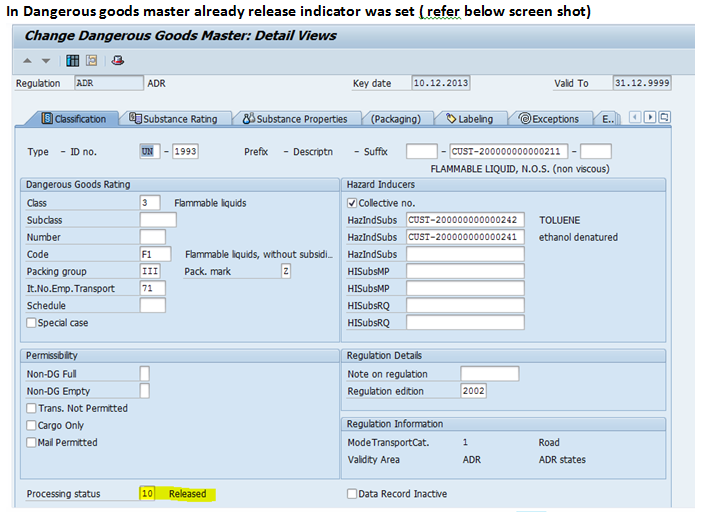 Go through the below documents which describes about changes /Additions in DG Functionality in EHP6.

You can specify the indicators for transport in Customizing and assign dangerous goods regulations:

If the indicators for transport are to be evaluated or set instead of the previously used dangerous goods indicators, the customer-specific dangerous goods check methods and paper processing methods need to be adjusted.

New list of indicators are delivered as SAP standard customizing:

You configure the settings for the above new indicators for transport in Customizing for Dangerous Goods Management as follows: 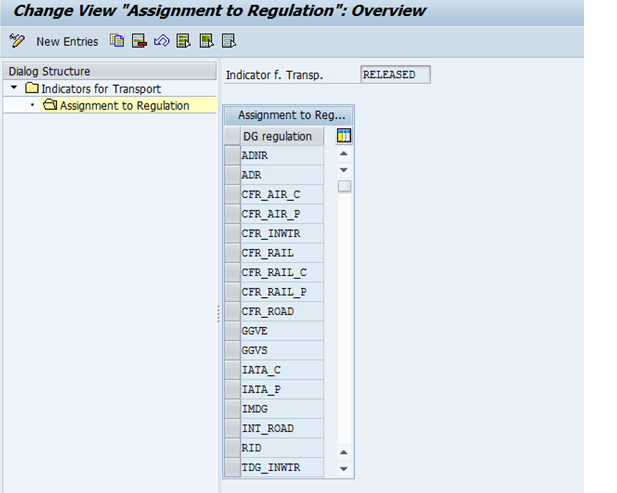 thanks for sharing your knowlegde about this adaption in EHP6.