I encountered an error in my support project and I would like to share the workaround because the message which appears during the failure is not self explanatory and we could not make much about the error displayed which is as below:

“Incomplete update due to errors in single records   > Long text

It’s due to time overlapping of the data records while loading data to infoobject.

Coming to loading of the data to infoobject, the delta records are fetched from the active table of DSO based on the data packet records.

When you look into the above marked update rule and in the start routine of this update you will find below code Time dependencies for these records were generated here for Project Tasks.

Whenever there is a record with time over lapping than the load fails while updating it to data target.

You will not find any error records in the PSA as the rule takes effect while updating it to the data target in the above shown start routine.

As mentioned earlier the error thrown during the update is not self explanatory we can’t get much of the information regarding the failure in monitor or in WE05, SM35P or SLG1 t-codes.

How to get some more information on failure and resolve this failure:

2) Change this setting to data targets only in the processing tab of this IP.

3) After removing the failed request from the target re run this IP.

4) The load again will fail, however with some descriptive information as below: 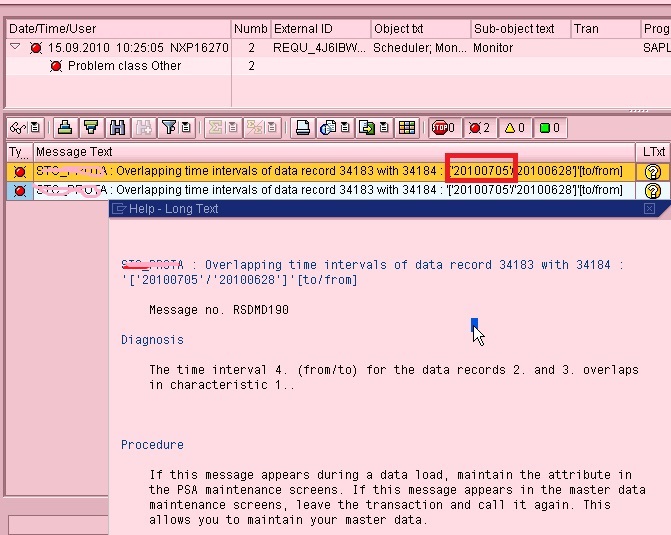 5) As shown in the above screen shot there is definitely a time over lapping data records, but it states that the data record 34183 overlaps with 34184.

6) While running a delta update to this object there will not be more than 10000 records.

So we do not have the option of searching those records.

7) Go into the active table of ODS give the selection as below:

Take only the valid from date from the error message displayed above.

Please see the below records when the above selection was given; 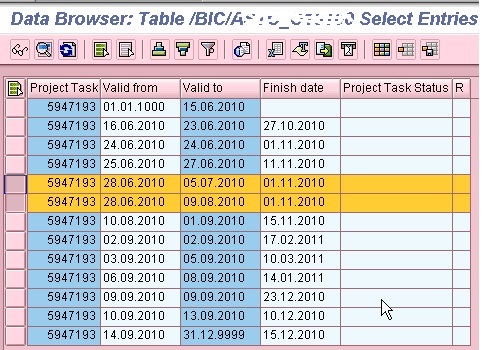 8) Once you get the overlapping record, remove this particular record from ODS object through selective deletion.

9) Please be careful while performing the deletion.(give all the possible selections you have to delete this particular record)

10) Data after deletion of the over lapping record from the active table as below: 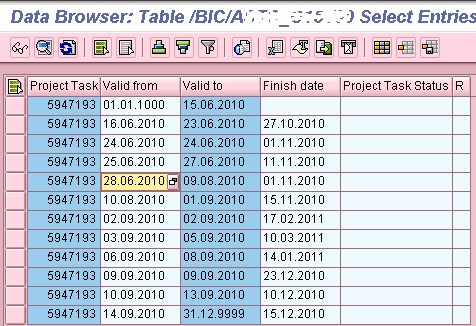 11) Rerun the IP again after removing the failed request to infoobject so that the load will be successful this time as we have removed the over lapping         record from the base active table.

When you do not find any error message in PSA, you can follow all the above steps and find out exact time overlapping record and edit it.