Even after having read David Allen’s “Getting things done”, it still took me more than a year to start writing my BIF entry after having been “BIFfed” by colleague Wim Snoep (Sorry for that Wim)

My journey started way back, in 1974 to be precise, after being born in very small village called Mariahout, nearby Eindhoven in The Netherlands. 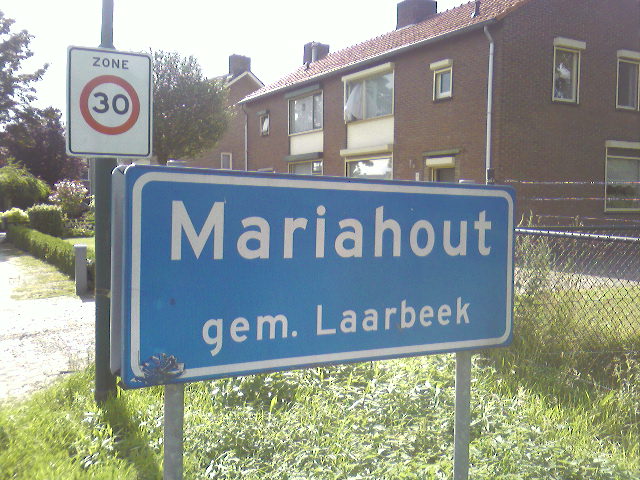 (For all Dutch/Belgian readers: Mariahout is also the village in which famous singer-/songwriter Guus Meeuwis was born.)

The first decade of my life was spend completely “computer-less”, as the first computer my parents bought me was a 2nd hand Atari 2600 for my 11th birthday.

After the Atari, the MSX I entered my bedroom and the first lines of code were created via MSX Basic. Adding a music module even made me pursue a carrier in the music industry…but this was a short lived adventure.

I also outlived the MSX I (loading games via tape) and purchased a Commodore 64 which was able to load games via an external 1541 disk drive! This was as big as a ‘game 😉 changer’ for me then, as SAP HANA is for me now. Everything seemed to load with the speed of light!

After I was fed up (if that is even possible) with coding and gaming on the commodore 64, I’d bought my first PC which was equipped with a 386 DX-II processor and a turbo-boost button! This PC was my partner in crime during the whole of my Computer Science study which I successfully completed in 1996.

After having attended several ABAP courses by Marien de Ridder, I’d took my first steps as an ABAP “developer” at a local Brewery in Lieshout, The Netherlands. 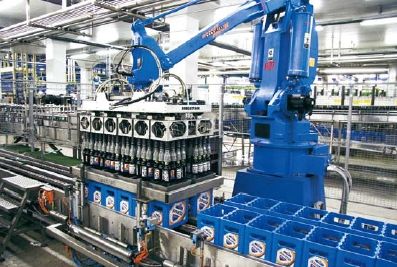 I’ve ‘painted’ beautiful ‘screens’ (who needs Personas?) and made even more beautiful SAPscript documents….all of which needed to be recoded via StreamServe at a later stage.

When I believed my learning curve was flattening, I decided to leave the brewery and crossed over from being an SAP customer to an SAP consultant. The first few years of my consulting career was a concatenation of highlights as I was given the chance to work closely together to, whom until today I believe to be one of the best ‘Abappers’ I’ve ever met (no offense to all others), Ben Meijs.

Having Ben Meijs as your mentor/tutor really helps a lot in switching your mindset from being a ‘playground’-ABAP consultant towards a professional one.

Until today I still don’t exactly know why, I guess the devil 😈 made me do it, but I left Ben and pursued my career at another SAP consulting firm.

At Ciber I took my first steps into a whole new world which, at that time, was called SAP BW. Under the guidance of Laurens Vestjens I gradually transformed from an ABAP- towards a BI consultant.

And now, more than a decade!! later, I’m still a happy SAP BI consultant, delighted to be married to Daphne (who’s pursuing a career in (freelance) photography) and a father of two (Koen and Luc) future SAP consultants 😆

Last but not least I’ll try to answer the questions which Wim Snoep asked me….over a year ago. (Again sorry Wim that it took me so long to write this all down)

As I’m not only intrigued by technique, but also fascinated with personal growth (I try to live by the 7 habits of highly effective people) I believe I would be attending a study in that area. Possibly an MBA study.

In fact….Ciber has given me this day….which led to the creation of the Ciber ProfitBoost – Sales solution. Together with several colleagues we’d created a solution which is designed to help organizations optimize profit margins through well-informed price differentiation. It’s an SAP PA (Predictive Analytics) based solution running on SAP HANA and uniquely combines algorithms and data mining capabilities to help identifying, exploring and realizing incremental potential profit in sales.

3) Marilyn’s question: Describe an instance when empathy in a project, development, collaboration, work experience, or community interaction turned a situation around (or should have)?

This question kind of leads back to the answer given at question 1: When you (try to) live according to the 7 habits, in this case especially habit 4, 5 and 6 (win-win, understand-understood and synergize) which are all about inter dependency, I strongly believe that the situation that Marilyn is describing would never occur in the first place! There’s no i in team!

Being “BIFfed” also gives me the opportunity to name a few people who I’d like to join the BIF initiative. These are, in random order:

I would like to ask them to answer the following questions:

Please be sure to follow the Blog It Forward Chain to be notified when Ben, Dick or Xavier update the link to their “BIF” blog.

Hi Sven and welcome to the #BIF family!

I think you had the absolute best start to your SAP career:

After having attended several ABAP courses by Marien de Ridder, I’d took my first steps as an ABAP “developer” at a local Brewery in Lieshout, The Netherlands.

Coding and beer go hand in hand, as you no doubt know.

I will have to go back and investigate Guus Meeuwis.

Meanwhile, have you tried getting your offspring to code?  I found this site:

and I am looking forward to getting my son to help me conquer the Angry Birds by using Scratch.

As soon as my offspring is old enough (they can't read yet), they surely will visit code.org/learn 😆

Guus Meeuwis is sort or less our Dutch Bruce Springsteen......wondering how many Dutch colleagues will disagree with this statement...

You had me at

Even after having read David Allen’s “Getting things done”, it still took me more than a year to start writing my BIF entry after having been “BIFfed” by colleague Wim Snoep (Sorry for that Wim)

Glad to be finally part of the big BIF family 🙂

ps. You can also virtually participate in this years SITNL pubquiz by following this link: http://www.svenvanleuken.com/sitnl-pubquiz-2013/

Good to know about you 🙂

Glad to be of service and thanks for your reply

Thumbs up, even with your busy schedule, you picked it up and didn't let it drop of your todolist. You can ask a question about your own BIF now on the sitNL pubquiz ;-).

enjoying reading your journey. Thanks for sharing. 🙂

Finally you got this thing done 😉

Next to my unread "Getting things done" book is my copy of "Seven habits", also unread 😆 . But now that I got to know your secret - I'm going to read these books during holiday season. Need to divide my reading time between these great books and Stephen King's new one "Doctor Sleep".

Thanks, my favorite quiz master!

If you'd like I will give you the management summary...saves you some time you can spend on King.

Grtz, my favorite Dutch SAP mentor (no offense to the other 4...I hope) 😆

Hi Sven, Good to know more about you and your Journey. Great BIF 🙂

Hi Sven,
Nice blog post.. 🙂
Great knowing about you and your career..
May the force be with you 😀

Specially about your career.

Keep up the good work! I like the way that you have presented.

Thanks and also a happy new year to you!

I love the way you called me "Namaste"

I understand how much you have respect with Indian Culture!

I appreciate. Hats Off 2 You!

Nice BIF-story, well worth waiting for (though a year was a bit long 🙂 ). Interesting reference to Covey. Might buy the book after all.

Thanks for sharing, and see you at sitnl 2014 if not earlier.