“The War on self-service BI” – a response 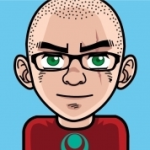 Mark Cooper (that’s his avatar on the left) posted a great article on the SAP Community Network (SCN) earlier in the week.

The title “the war on self-service” immediately drew me in as I have long advocated that self-service BI (in all its forms) is probably the biggest inhibitor to the wider adoption of BI in our organizations.

I was not disappointed. Mark summarizes the problem beautifully:

Bingo! In a sentence, this is the reason we have had with too much BI shelfware and too little BI adoption for the last 15-20 years.

To explain, there are two issues:

Level 1: IT delivers reports and users can save variants for themselves

Level 2: IT delivers reports and users can save variants for themselves and others

Level 4: IT delivers infrastructure for users to mash-up data and create their own BI

(I have abbreviated a little, but hopefully true to Mark’s intent)

I have not spoken to Mark about this, but I bet that you could also describe this as:

Level 3: end-users being forced to use analyst tools in a misguided attempt to save money or give the users a better service

(In all the above by “analyst tools” I am talking about ad-hoc query, data-discovery, predictive analysis tools)

2) Level 3 is the one which fails most

When laid out like this, it seems pretty obvious that Level 3 will fail most of the time, just like trying to fit a round peg in a square hole, it is a triumph of hope over experience. Mark goes on to explain what many BI project managers have found out to their cost:

“the business simply doesn’t typically have the resources to create reports from scratch, even in Web Intelligence, let alone build their own semantic layers”

But I hear you cry, Web Intelligence is an old tool, there are now better ones which fix that. To that I would just quote Mark again:

“we deploy Tableau but for a complex supply chain diagnostic tool and it is very definitely IT delivered with no element of self-service attached. However Tableau keep telling us (and the business!) that users should be creating their own visualisations by creating their own semantic layers. I, er, disagree strongly but I am open to being convinced.”

I believe Mark is spot on, I am fairly sure that for the time being (i.e. many years to come) there is a fundamental truth about BI tools, which goes something like this:

“If a BI tool is sophisticated enough to create content which will satisfy your end users, then it is too complex for them to use to generate their own content from scratch”

Not because end-users are not capable enough, but because they do not have the time, should not really have the inclination and ultimately have better things to do with their time than creating BI content (of any sort). BI is for end-users to use, not create.  Period.

Interestingly Mark says his execs have come up with another level of self-service BI:

“When we asked our execs what they expected from ‘self-service’ they replied: ‘Instead of having to ask an assistant, or somebody in an end market, to run a report for me, I want the rights to access BI and get the report myself, when I want it’. So, from the point of view of the business, just having access to BI and the ability to run the report themselves is ‘self-service’.”

Sounds a lot like what I describe as GIGWYNGOGO, BI which allows you to “get in, get what you need, get out and get on” as quickly as possible.

If you want to succeed in BI, to increase BI adoption, reduce BI shelfware, and drive up BI value then steer clear of level 3 and stop forcing your end users to use inappropriate BI tools.

For more information of this see our eBook: “Why self-service BI fails and dashboards are the answer”.

BTW The clue as to why this is posted in the Dashboards area is in the title of the eBook above (i.e. they are the answer to this problem)

While I agree many users may not have the time, training, or motivation to become proficient report authors, what about the pockets of power users embedded in the non-IT user community that are motivated, self-learning, and quite capable in picking up on the tools, and want that empowerment?

Is this a different classification of the broader term 'users' that you may have a different perspective on?

EDIT: I think in Page 9 of your eBook you address that with 'end-users' vs. 'analysts' (e.g. 'power users' in my lexicon)

EDIT 2: The distinction between end-user and analyst seems to be on of the central themes of your eBook!

There are definitely people outside IT who want to create BI for themselves, the higest concentration is in finance and most of them (finance and non-finance) have the word "analyst" in their job title.

Those that don't tend to be in data intensive roles (e.g. product management, which is why I am not sure product managers are the best people to manage BI products but that is another story !)

However adding the two sets together I still estimate (despite the myth that suddenly "everyone is an analyst these days") that they total about 5-20% of a typical organization (no coincidence IMO that BI adoption is stuck at 20%).

I think the important thing is to distinguish the activities (some people do both) rather than classify the people. "Analyst BI" as an activity is (or should be) very different from "end-user BI". I strongly believe that making this distinction is the key to greater BI adoption and value.

Completely agree with this blog, having witnessed some BI projects with less than stellar outcome and this was the reason every time.. Most of the time end users fail to produce a report he is looking for by himself and blame either the semantic layer or tool itself and tells that its not easy enough..  I don't deny the fact that everything can not be a click of a button specifically for a complex report but the self service tools have still  a long way to go..

Agreed.  A recurring question we are asked when demoing Webi's report authoring functionality is "This is great, where's my training?" and then the enthusiasm begins to break down.  In Don's eBook he mentions this on page 3 where it quickly breaks back down to a handful or report authors creating the reports as the backlog of the report demand mounts from the consumers (end-users) and we see the regression back to enterprise report systems of ages of yore.

I am very excited to see this topic gaining momentum. I think the user adoption on the self-service tools are fairly low, especially when compared to the hype of the "self-service" movement.

What people tend to over look is that you can create BI content both with Dashboards and Web Intelligence that will enable the user to do some self-service activities. Thus, the drill down, drill through, filtering, open-doc, etc. Donald makes a great point in pointing out that self-service users need to have some familiarity with the data structure to make use of the tools. With authored content that provides ad-hoc functionality, you can provide them with what they need and engage them, which ultimately leads to higher user adoption.