WOW – what a feature-packed keynote it has been again today… and one that certainly had plenty in share from a developer’s angle. So, let’s recap! 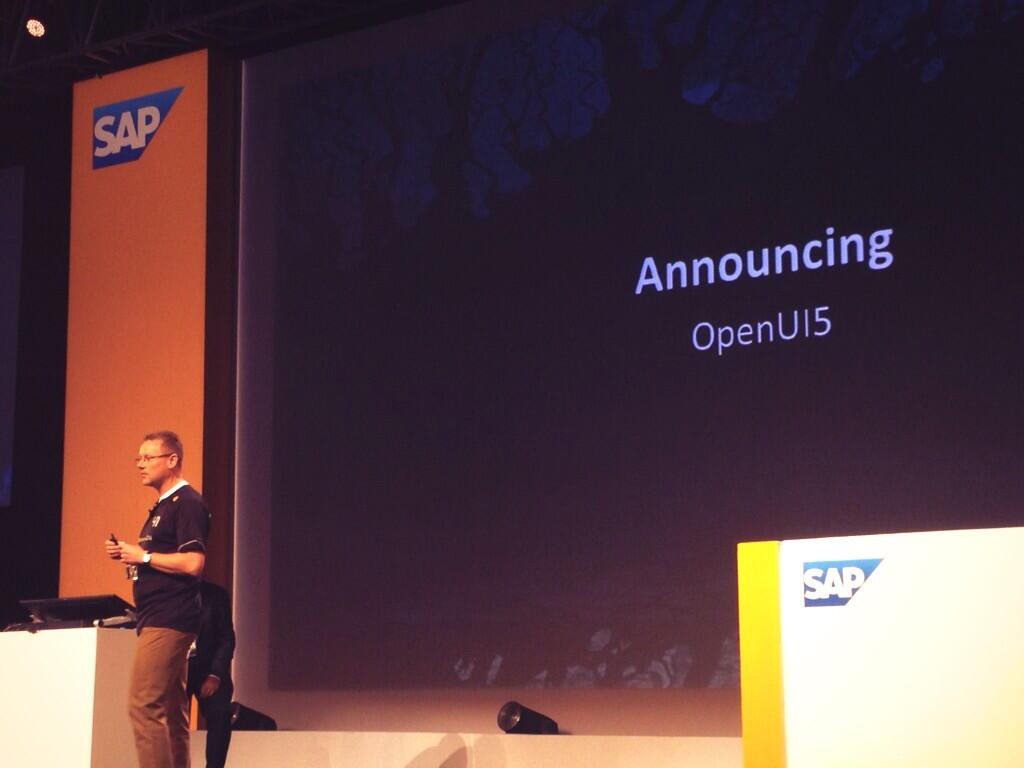 The one announcement that got the most attention (and rightfully so!) are the news that SAP has been following up on the massive push from the community to consider open-sourcing SAPUI5. During the last couple of weeks lots of passionate community-driven individuals (incl. the SAP Mentors) have been teaming up asking SAP to look into the licensing model of its designated UI technology … and their voices have been heard: 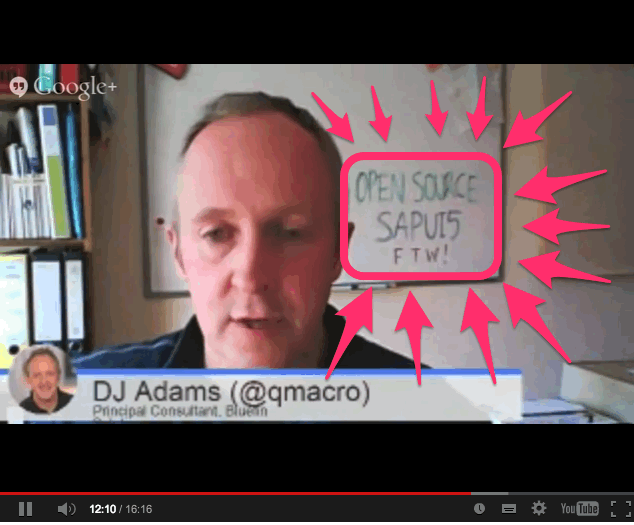 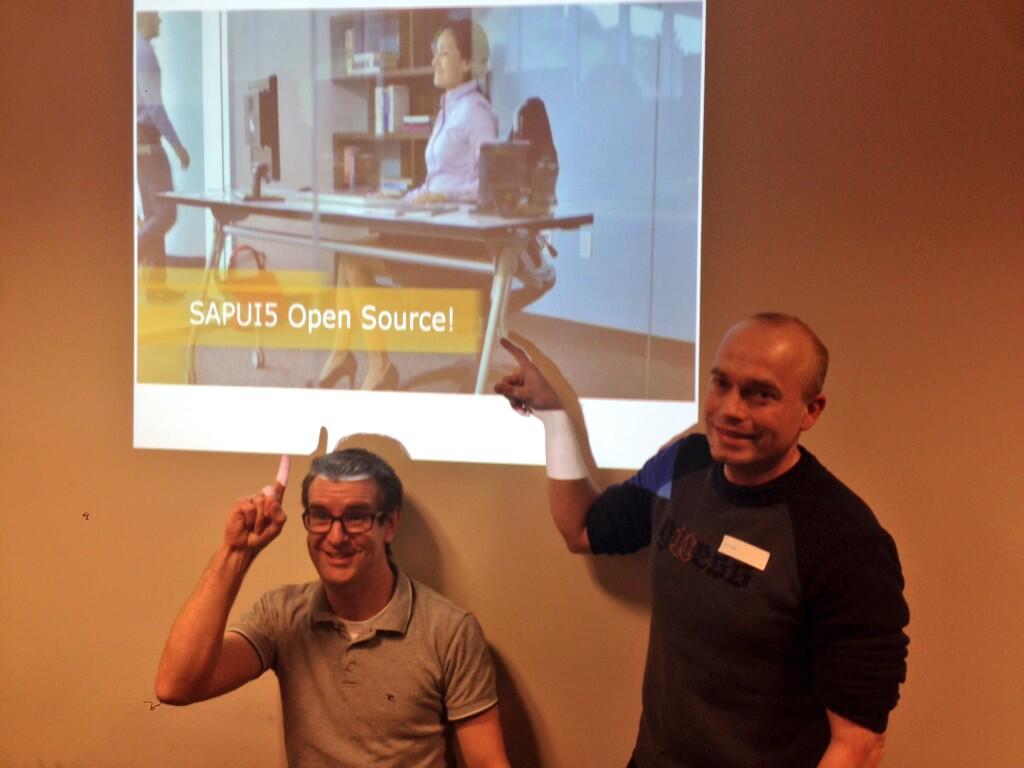 What is OpenUI5 / SAPUI5 ? by Andreas Kunz

For those interested to have a closer look – make sure to watch the corresponding repo on github: http://sap.github.io/openui5/ 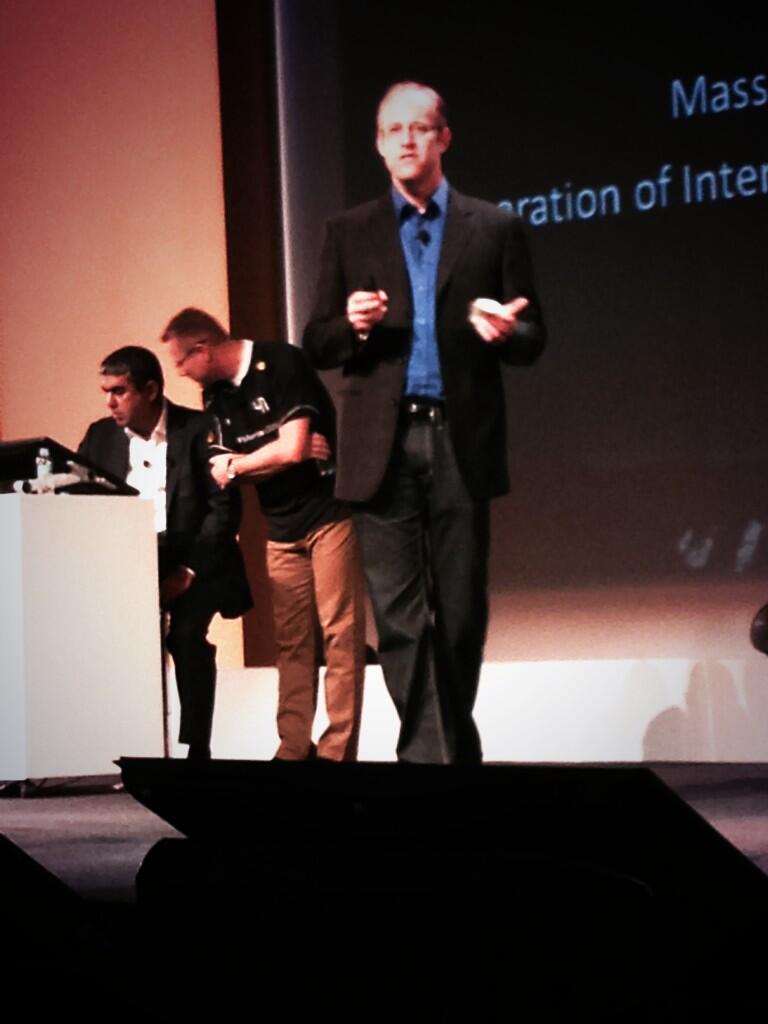 Rumors about the revamped Rapid Application Development (RAD) toolset called River/RDL (River Definition Language) have been floating around for quite some time and now it has finally been officially announced. In a nutshell…

For those interested to learn more or even get hands-on experience please refer to the following links:

The ultimate goal for every platform is mass adoption and SAP HANA is no different. As such, SAP continues to collaborate with other vendors and open-source projects to make the HANA platform available to the broader developer community. We have started walking down this lane for some time now and in the past we have teamed up with open source projects such as EclipseLink and Hibernate to include HANA in these with de-facto standard ORM frameworks in the Java world. Now, we have taken the next steps by introducing a node.js connector and a Cloud Foundry service broker.

Here are a couple of links for further reading:

As always in such keynotes, the stage is reserved for new announcements and as such let’s take a brief moment to focus on a topic that may not have gotten as much attention as it deserves – there’s finally a new SAP Developer Center Master Software Developer License Agreement! This license agreement makes it easier than ever to get access to SAP technologies for developers and it has been something the community has been requesting for a long time:

As such, I believe it’s obvious that there’s been a lot of progress on this important topic and while we are far from being done I believe it’s more than fair to acknowledge this and be thankful for those fighting on this front! On that note, I’d truly like to give a shout-out to Anne Hardy‘s team who has been instrumental in pushing the agenda of developer empowerment in the last three years: So long, and thanks for all the fish…

Writing all this I was reminded of a SAP TechEd Live interview conducted by Jürgen, in which Ethan Jewett, Vicky Jain and yours truly share our developer experience. Watching this video now it gets obvious that there’s definitely been a positive trend…

… which for me, as a developer advocate for the SAP HANA Cloud Platform (HCP), is truly motivating to keep pushing the envelope. I’m very happy that HCP has been on the forefront of this movement with introducing free perpetual developer licenses and sharing source code under an Open-Source license on Github. We have started planning for 2014 and well it looks like it’s going to be a very busy, but equally rewarding year – stay tuned!!!

For those of you who lack the time to work through all these links provided in this post – you may want to check out this interview of Vijay and Vishal, in which they address almost all these topics: http://events.sap.com/teched/en/session/8846

It's so good to have you as a reporter in the field for the rest (no pun) of us.

It's also amazing that the community has been so passionate about OpenUI5, and SAP has been listening.  Woot!

Thanks Sue for your support and encouraging words. I see "shedding some light on such topics" as a way to pay back for the privilege of being able to engage with the community day-in/day-out.

And it's exactly that type of stories that underline that the enterprise software space is not as dull and boring as some may believe it is. The opposite...

Thanks Matthias for reporting live from the trenches.

Guess we were betting at the right horse at sitnl 😉 Only thing is that we expected it to happen in 2014 earliest 😉 Great job SAP!

Thank you for sharing this Matthias. Very informative.

Thanks again for the picture you made of our opensource SAPUI5 slide at sitNL. Never thought it would make it into one your great blogs 😉

Amazing job of SAP to open source SAPUI5 even before christmas!

Thanks for the recap Matthias.

Good to see that SAP listens to their Community Members and Mentors on making OpenUI5.

usefull summary, thanks. I am amazed how much usefull content I find here that explains some stuff I was not sure about.

Thanks for putting it all at one place. A nice recap.

Thanks for the recap, Matthias Steiner.

If you missed it, you can check out the Executive Keynote, SAP UI5 sessions, and SAP River (RDL) sessions on SAP TechEd Online: