Social networks can be about more than sharing vacation photos, random thoughts and cat memes. At the risk of sounding paradoxical — or even sacrilegious — a specific breed known as enterprise social networks (ESNs) are meant to increase productivity at work.

“An ESN is an internal workplace that streamlines communication among co-workers,” as Mashable defines it. “They give employees a sense of online community and help forge connections between departments, especially within larger corporations.”

If that sounds familiar, it’s probably because you’re participating in an ESN right now. The SAP Community Network (SCN) helps the company’s customers, partners and employees collaborate across time zones and geographies with the help of Palo Alto, Calif.-based Jive Software.

“Bringing the conversation into a social network means it can be shared and discovered, and people are less likely to reinvent the wheel,” Nathan Rawlins, Jive’s vice-president of productivity, said in Financial Times Tuesday. “There is very, very deep gamification, which can give people the incentives for very specific activities you want them to perform.”

Gamification helps entice workers who normally wouldn’t participate in the service, according to Rawlins, who added that Jive users increase their productivity by an average of 15 percent.

“The world has formed a giant network,” Adam Pisoni, co-founder and chief technology officer of San Francisco-based ESN Yammer, said in Financial Times Tuesday. “And companies are struggling to keep up because they have remained rigid hierarchies.”

Greenwood Village, Colo.-based restaurant chain Red Robin reduced its burger creation time from 18 months to four weeks with Yammer, which has a Facebook-style UI and even conducts sentiment analysis. The European Commission has even taken to Yammer to connect legislators and administrators with subject matter experts.

“The way we share and interact has been revolutionized in our personal lives,” Pisoni said. “This is a fantastic mechanism to finding people who have the knowledge.”

“Once enough employees are communicating on the platform, it can become a rich data set for managers to spot how the most effective individuals and teams operate,” Financial Times wrote on Tuesday. “[This] will eventually become a deep history of communication in the company.”

And there’s far greater potential in that than in an entire database full of cat memes. 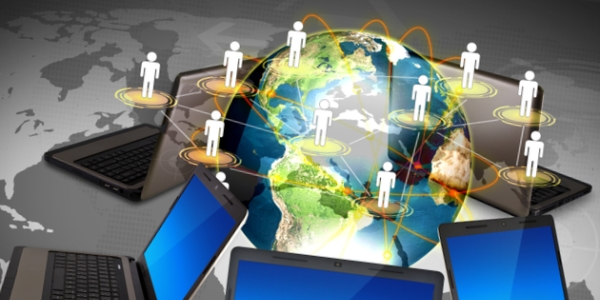