Some conferences start with well-rehearsed opening speeches. Some don’t. The 10th Le Web conference in Paris opened with a casual conversation between conference founders Geraldine and Loic Le Meur discussing the topics of the week. 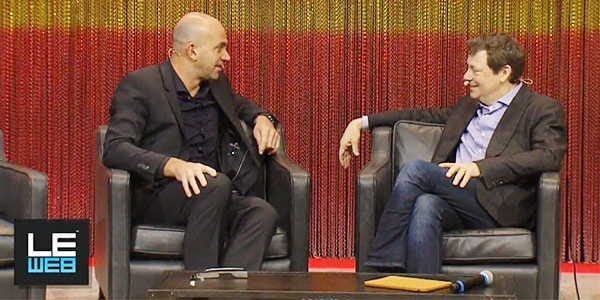 Loic presented the major Silicon Valley trends that will be covered at the conference, including topics such as mindfulness & meditation, reducing friction, the connected home, wearable technology, online education, quantified self, and artificial intelligence.

He kindly provided his presentation on SlideShare, including companies that will/have taken part in LeWeb. One reference that I was particularly interested in: “Criteo is the first company to go public in the US since BusinessObjects over fifteen years ago” – as the eighth employee of the company, I remember that day well!

Next, veteran innovation investor Fred Wilson talked about the major trends he sees in the industry, and explained that they don’t invest in things like “big data” or “mobile”: “we don’t think about technology, we think about trends in people and society”

He explained the three major trends they use to evaluate opportunities:

(1) From bureaucratic hierarchies to technology-driven networks

“In the past, transaction costs were high and bureaucratic hierarchies were the most efficient way to get things done. But technology, of course, has changed all that, and this is just the start.”

He gave the example of Twitter replacing the newspaper. In the past, hierarchically-organized newspapers had an army of reporters that reported to a team of editors, who reported to a publisher, who eventually published, printed, and delivered newspapers to people’s homes. “The entire process was bureaucratic and slow-moving. Now we have Twitter and all of a sudden all of us are reporters. The crowd determines what’s important, and we get our news instantly, in a newsfeed on our phone.” Services like YouTube and SoundCloud provide similar examples.

While this trend started in media and entertainment, it’s now starting to be seen in lots of other places, such as hotels (Airbnb). Creative industries (Kickstarter), and learning (CodeAcademy).

“It used to be very expensive to package things and get them to market. Now we can have more focused, best-of-breed services à la carte”

Wilson gave the example of a bank: it used to be expensive and difficult to provide and sign up for different banking services, so you would tend to do everything through the same institution: credit cards, loans, etc. Now consumers can pick and choose each of those services separately. Another example is education: universities were created because it was expensive to get students together, and have professors, and libraries. Now anybody can learn a particular subject online, without all that infrastructure. Entertainment, that used to be provided through a single paid cable subscription, is similarly getting unbundled.

(3) We are all nodes in the network

“We are all now nodes in the network, all connected, all the time, and services can leverage that” 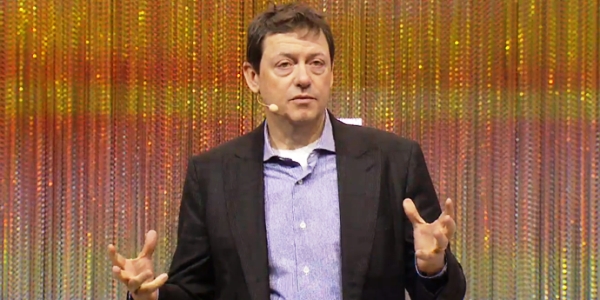 Wilson asked the audience how many would prefer to keep their smart phone over their desktop, if they were forced to make a choice. Around 80% of the audience chose their phones – because you can now do almost everything you can do with a computer using a smart phone. And in many parts of the world, this choice has already been made, and mobile phones are the default computing devices.

This has unleashed the opportunity to provide many more network-based, just-in-time services. For example, Uber has ambitions to become much more than “just” a taxi service. There are similar disruptions in payments, with services such as Venmo letting people share money peer to peer, or Tinder providing network-based dating.