Sharing Reports for the Sunshine Act

I want to start with a statement: “I am not a developer”. I learned Pascal (on an early Apple Computer with 2 (sic !) 180k (?) floppies) way back in the early 80s, learned a little Fortrun (did I even write this correctly?) in University in 1990 and wrote about 10 lines of ABAP in 1998. That’s it. Oh, I know a little SQL and XML. …so much for my vast development skills!

I am working on specific topics in the pharma and life sciences space and one issue that emerged is the US Sunshine Act, intended to shed some light on the amounts of money that pharmaceutical and medical device companies spend with healthcare professionals on free meals, educational material, seminars and so on. The whole is intended to make the connection between a physician and the pharma company a bit more transparent for the consumers. Most companies have tackled this and have already published these data…typically in a flat list that (maybe) you can filter by physician name like this Payment Report.  The problem is mainly to accurately collect the data from all the different IT systems that companies typically have. To build a report on these data and to share them in a controlled fashion should be fairly easy… so I thought.

Now I am sitting here and was looking for a way to prototype a simple report based on a table with about 10 columns and a couple 100.000 entries. As a non-developer (see above) this normally meant to look for a developer who understands how to do this, get the money to pay them and all this in no time. …. of course! And then I found Lumira! And to say one thing…. creating the sample data in EXCEL was the hardest part. Once I had a simple spreadsheet with sample data, the loading and creation of charts and a dashboard was rather easy.

Just a couple of things you should look at: 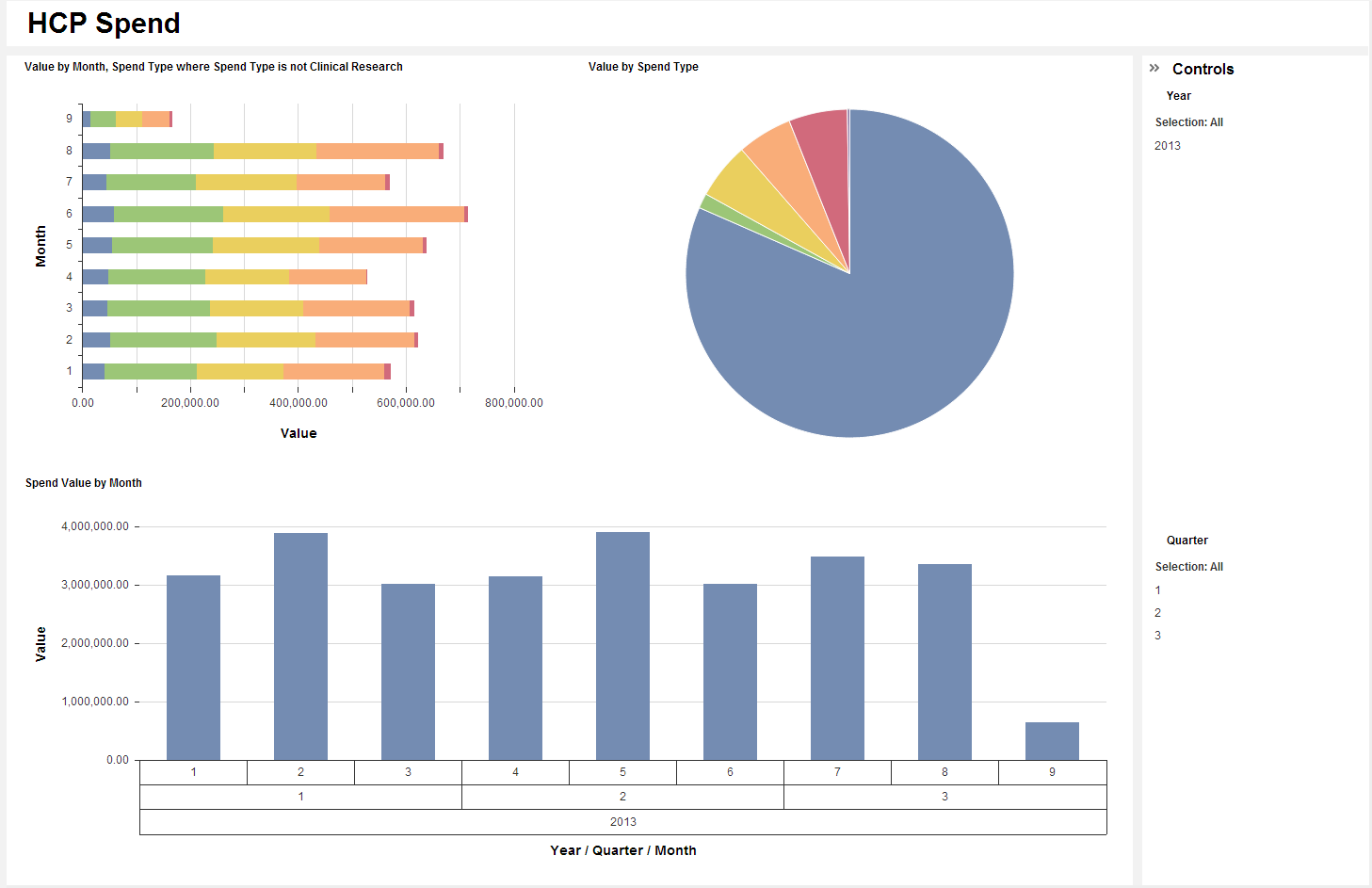 I'd like to know more about your application freezing. The environment, and circumstances that it was freezing under. Perhaps a step-by-step introduction on how to recreate, if possible.

The map thing I've dealt with in the past, and it's in the process of being worked on. I'm looking for the ticket or more info - if you'd like to track it.

Otherwise if you have any suggestions, you know that you can always share them via the Idea Place!!! Things get implemented from there in new releases!

I like your suggestion of doing the calculations within Lumira, to preserve that kind of information, and just update with the data!!!

sure. I'll add suggestions to the Idea Place. Reg. the freezing: I believe that happened when I added a filter to the raw data while the same filter was already set in a visualization. But I will continue to work with Lumira and will just drop a note to the Lumira Support when I encounter this problem again with more details. Main purpose of the comment was to make people aware that saving a visualization doesn't save the entire file...so when the app froze all my stuff was gone because I never saved the file but only the visualizations.

Did you resolve the issue of the legends not showing up on the boards?

This is currently by design that legends do not show up in stories in desktop. SP14 will improve the situation though. Stay tuned.