I was blogged forwarded by Vivek Singh Bhoj and Jitendra Kansal. Thank you both for giving me this opportunity 🙂 . I am thoroughly excited about writing this blog from the time i first read about the BIF challenge. Blog it forward is a great initiative started by xMoshe Naveh (Old Acct)(for those of you who haven’t heard about BIF challenge, read Blog It Forward Community Challenge ). Thank you Moshe for starting this. Its really a wonderful and brilliant idea. 🙂

My name is Sheetal Naidu. “Sheetal” means “Cool”, aptly named so 😉 . I am an SAP ABAP Consultant at Mindtree Ltd, Bangalore, India. I started working just over an year ago. I chose SAP because everybody who joined from campus(along with me) wanted SAP and during the first month of training i constantly pestered my trainer with the question “Why SAP and not Java”. Poor him. He could never satisfactorily answer me. I am glad i chose SAP ABAP for i like it very much. I never much liked coding during my college days. But ABAP has changed my views on coding.

I joined SCN during early days of my training but became active just a few days back. The gamification, challenges, people contributing, answering questions etc have addicted me to SCN. Now SCN has replaced my FB bookmark 😛 . My other interests are reading novels(mostly fiction), listening to music, traveling to new places, playing badminton, writing short stories and poems.

I was born at Hyderabad, Andhra Pradesh, India. Hyderabad also known as the “Pearl City” was established in 1591. Hyderabad is a popular tourist destination as there is a lot of historical significance attached to it. Legend has it that that Muhammad Quli Qutb Shah, the founder of the city, named it “Bhagyanagar” after Bhagmati a local dancing girl with whom he had fallen in love. She converted to Islam and adopted the title “Hyder Mahal”. The city was renamed “Hyderabad” in her honour. Typical to every hyderabadi(people from hyderabad call themselves hyderabadi), is the laziness, ready to help nature, friendly nature and love for food and travel (needless to say i am a typical hyderabadi 😉 ). Google hyderabad and the first few images would be of “Charminar” , “Hussain Sagar Lake”, “Hyderabadi dum biryani”, “Golconda Fort”, “HITEC City” etc. Charminar at night. At one point of time when Charminar was the tallest structure in whole of Hyderabad, one could see the whole city from its top. 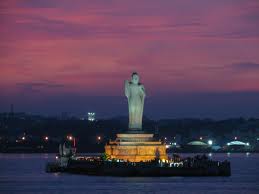 Hussain Sagar Lake. It is also known as “Heart of the world” is the largest heart shaped lake. 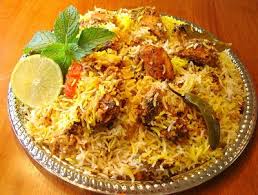 Golconda Fort, home to the rulers of Qutub Shahi Dynasty. It is also the place where famous diamonds viz “Hope Diamond“, “Koh-i-noor” etc were mined. 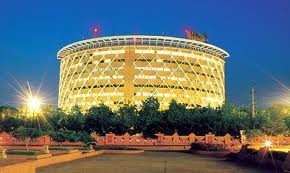 Hyderabad Information Technology Engineering Consultancy City, abbreviated as HITEC City, is a major technology township which is at the centre of the IT industry in Hyderabad.

So much for my hometown and now Few facts about my state:

Few facts about my country:

Thank you all for reading my blog. I really appreciate your interest and patience 🙂 .

Your comments and suggestions are most welcome. 🙂

Thank you so much for accepting #BIF invitation. Welcome to BIF family.  🙂

I am glad to know about "Hyderabad" history. I didnt know about it before.

I have many friends from the same city, who talk about it's charminar historical structure, world famous BIRYANI etc and i can imagine the same with the beautiful summary and pic of Hyderabad from this blog.

Probably an Astronaut or archeologist. I was always interested in Space and History since childhood

i wish you can make it as your hobby. 😀

thanks for sharing it. enjoyed reading your BIF. 😛

Thank you so much for accepting #BIF invitation. Welcome to BIF family.  🙂

I am glad to know about "Hyderabad" history. I didnt know about it before.

I have many friends from the same city, who talk about it's charminar historical structure, world famous BIRYANI etc and i can imagine the same with the beautiful summary and pic of Hyderabad from this blog.

Probably an Astronaut or archeologist. I was always interested in Space and History since childhood

i wish you can make it as your hobby. 😀

thanks for sharing it. enjoyed reading your BIF. 😛

I am glad you enjoyed my BIF. Truthfully speaking this is my first blog ever 🙂

I have written many short stories and poems but never a blog.

Astronaut - maybe not as a hobby(you know the constraints 😛 )

Archeology - Looking for a break 😉

Welcome to BIF. Glad to know you.

This year I did two adventures, one getting down from a old fort (castle) on a rope, it was so terrifying initially and the other thing is tied with a rope and air machine will pump around 120 feet into the air. I still watch at bungee jump on youtube, but I wonder if I can attempt any time in my life. It is so terrifying 🙂

Ya bungee jump looks scary but the thrill from the experience is worth it. Like they say "darr ke aage jeet hai" 😉

I am always amazed by the pictures from other places.

What great pictures! What is even greater, is that I just started the journey to your magnificent country. I hope I will to see you in person in TechEd and in the Bangalore BIF gathering. I'm going to share some of the finest Israeli snacks:) together with cool prizes for the BIF quiz winners.

Welcome to India. I hope you'll like it even more than pictures 🙂

I have been to Hyderabad once and its a very good city, Loved watching movies at IMAX there

Welcome to BIF family.. Nice BIF. Good know about you.

Thank you. Glad you liked it. 🙂

Glad to know about you.

Hyderabad is really beautiful. Good to know about you.

Yes Hyderabad is beautiful and very hot(literally 😛 ) too 😉

Good to know more about about you!! We feel proud to be in Hyderabad...!

All the best for your future assignments.

Thank you very much 🙂

Good to know about you nice blog.

Good to know about you and i was not knowing Hyderabad also known as the "Pearl City".. thanks for sharing with us.

Every moment i spend with my loved ones are the best moments in my life..

Glad you enjoyed my BIF 🙂

Thanks for the infos abut ur place 🙂

I am glad you liked my blog 🙂

I wish you could have hyderabadi biryani in hyderabad some day. There's no match for it 😉

I believe that chance will also come...eagerly waiting 🙂

ya totally i agree with you,while in Hyderabad i thought why this much name for a biryani .but after being in Bangalore for one year ,now i knw the specialty of it.and i m totally missing it 🙁    .

Nice blog and good to about you.

Good knowing you.. wonderful picture of hyderabad . Never been there , someday i might  come there.. looks a great places to visit.. and Dum briyani of course must taste it for sure.. 😉

Glad to know you liked my blog. 🙂

Good to know about you very good blog.

Thank you. Glad you liked it 🙂

Nice to see you here..Great blog...Its eminent that you love Hyderabad a lot 😉 ..

Its eminent that you love Hyderabad a lot 😉 ..

Yup that's another inherent trait of every hyderabadi 😉

U did a splendid job, I'm so happy that someone finally in SCN made hyderabadi's feel proud. Thnx for such a wonderful blog.. 🙂

Thank you 🙂 Glad to know a fellow hyderabadi 😉

Thanks 🙂 Glad to know you liked my blog 🙂

Thanks for sharing about you and your experience. Last month, I visited Hyderabad and I missed Bawarchi Biriyani. Next time when I visit Hyderabad I will definitely taste it.

I love HYD Biriyani very much! I like the photos that you have shared. Keep up the good work! 🙂

Thank you 🙂 Glad you liked my blog. I hope you'll get to taste Biriyani for sure next time 🙂 Wishing you too a very happy new year 🙂

Yes. Why not? I will definitely taste it without fail.

Wish you the same! 🙂

Nice to hear about you...

Glad to know you liked my blog 🙂

Wishing you the same 🙂

Very nice blog, nicely presented about Hyderabad. good to know about you.

Glad to know you liked my blog 🙂

You are commenting in a BIF..

If you have any doubt or any query, then you can post into ABAP Development forum..

Good to know about you and Hyderabad.. 🙂 . Nice BIF.

I am planning to visit Hyderabad soon this year,

Wish you a great year ahead.

Good to know more about hyd, i am also from hyd 😎 .