Is Common sense “too” common!!!

Is Common sense knowledge “too” common!!!

In the ever expanding, rapidly growing, high speed internet age; there is an explosion of freely available , readily accessible information There is so much information available at hand that it is almost impossible to comprehend all of it that will make meaningful sense. This has led to unconscious effort of believing that everything that is available on the “free” internet is indeed “common knowledge” and can be used or represented as if it was one’s own work or idea. There is a very well defined word in English dictionary called “plagiarise1” which is gaining a lot of attention not just among the academic circles.

What is all this hoopla2 about plagiarism and why do I even need to care about this?

Presenting the work, art, ideas, quotations, statistics, thesis, program, code; practically anything this isn’t your own original work as if it were you “own” constitutes plagiarism. Common misconception is that since it is free and publicly available; it really doesn’t matter whether I cite whose work it is. Critics often blame the social media for this menace. But do we really think social media is the culprit ? No .. Nope .. Nada .. Nein .. I believe … it is just that some people are just getting LAZY and do not have enough original content to author. 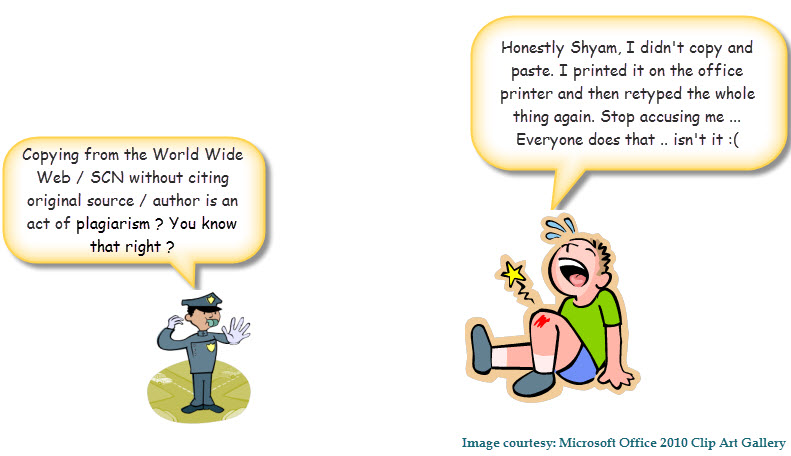 2 US Slang for “nonsense”