A BEx query with technical name ZTESTQ_EP is created as below.

A web template with technical name ZTESTW_EP is created in WAD, selecting the above query ZTESTQ_EP as a data provider. 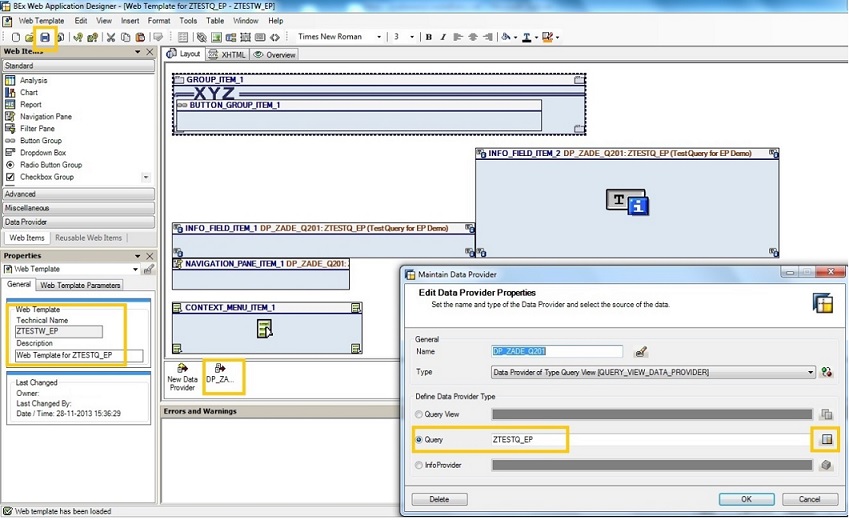 Browse through the portal content which is grouped and displayed as folders.Find a folder to create and place your iView. Right click and create a new iView as shown in the below screenshot. 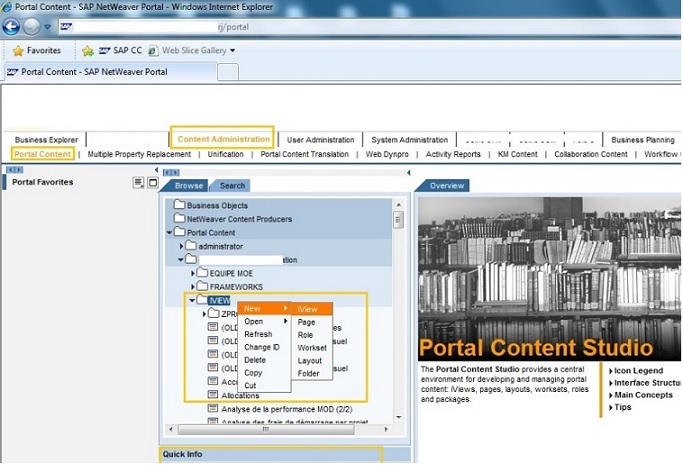 Select an option to create an iView from an existing iView template and click ‘Next’. 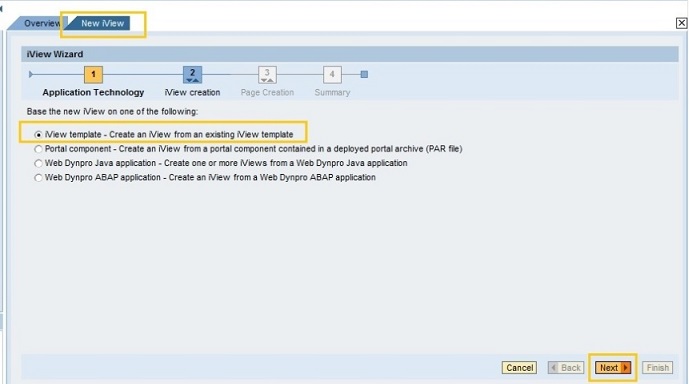 Select ‘BEx Web Application iView’ Template based on the version which you are using. 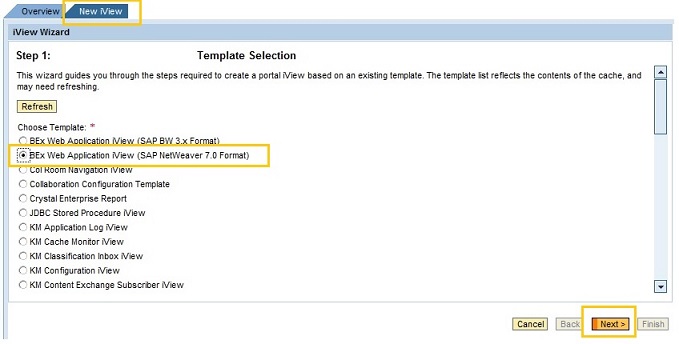 Give a name and a technical ID for the iView which you want to create.

Note: iView Name can be duplicated but iView ID is unique and you can’t create another iView with the same ID.

Master Language option can be selected here based on your language preference. 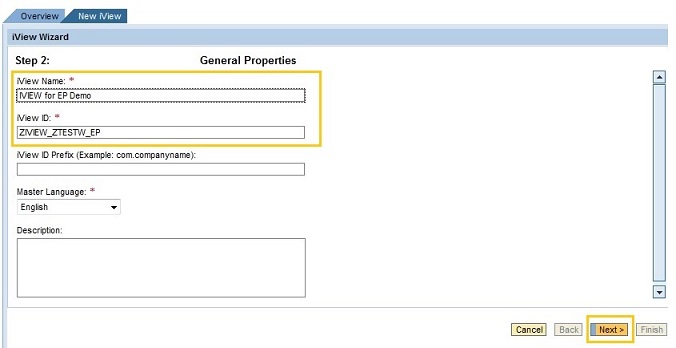 Note: blank spaces are not allowed in this query string input. 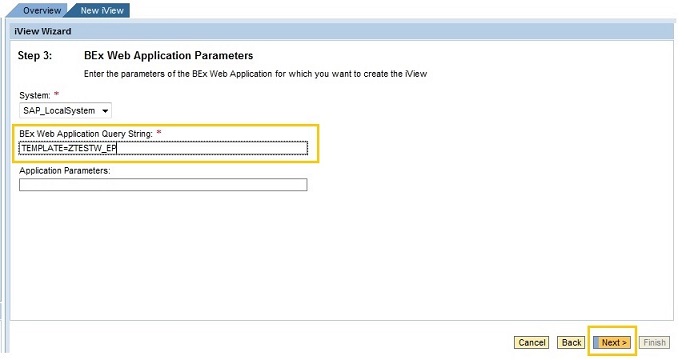 The details of the iView are displayed as below. Click ‘Finish’ to complete the iView creation. Add the iView to the workset created. The properties of the workset can be observed in the property editor on the right hand side.

Add workset to pre-existing role ‘Activite’ as shown in below screenshot. 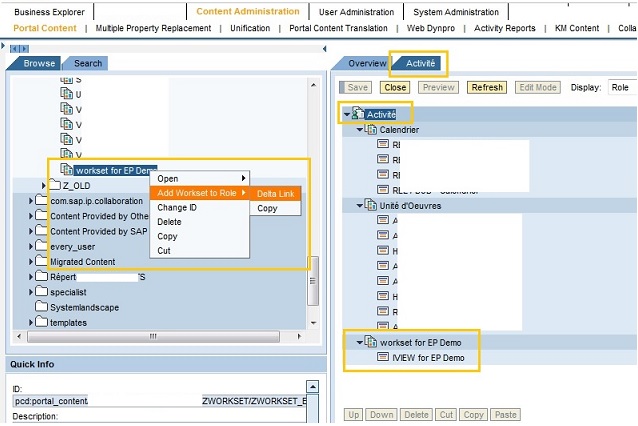 In the below screenshot, it can be observed that role ‘activite’ is pre-existing under role ‘Pole A’. Hence the created iView and corresponding workset also become part of role ‘Pole A’.

Note: In this example, two pre-existing role levels are considered, where role ‘Pole A’ is an immediate higher level to the role ‘activite’. 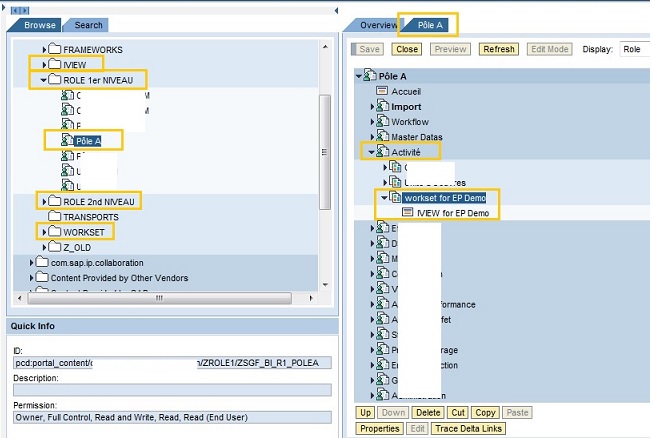 Click on first level role ‘Pole A’ on the right hand side top corner. Then select second level role ‘activite’.

All the worksets and report iViews will be displayed on under detailed navigation. Find the iView you created and double click to display the report results.

Save As, variable selection,Export XLS, Filters and Free characteristics options can be used as and when required.