There are several new important features in HANA 1.0 SPS7 with regard to SQLScript.  Over the last several support packages, we’ve seen the SQLScript tooling change quite a bit, and we will continue to enhance the editors, debuggers, and SQLScript language in future support packages as well. 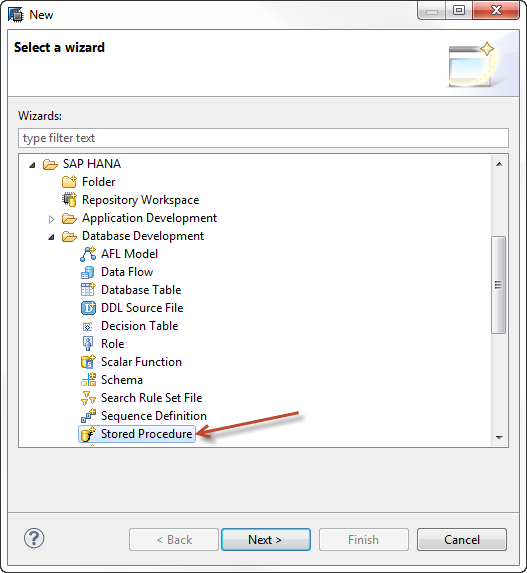 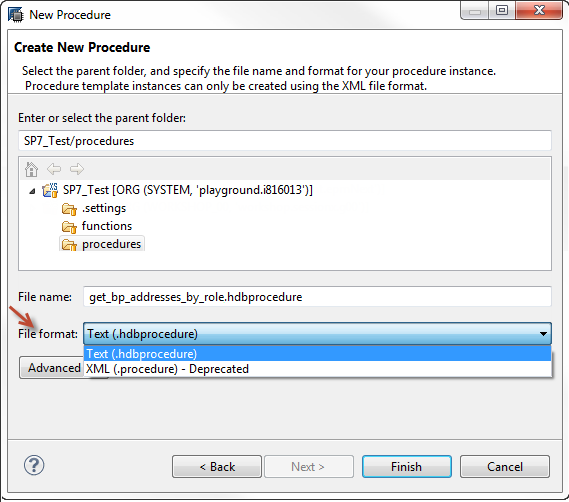 You may notice some differences between the two file formats.  For example, the CREATE keyword has been removed from this syntax.  The procedure definition simply starts with the word PROCEDURE.  You will notice the ability to define the specific schema in which the runtime version is to be created, directly in-line with the name of the procedure.  The entire package hierarchy is also shown here. Also, the separator between the package hierarchy and the procedure name has changed from slash(/) to double colon(::). Finally, you will notice the “Local Table Types” tab is not present. In the .procedure editor, the local table types tab is used to define a table type which can then be referenced by the input/output parameters of the procedure.  As these generated table types were not really local anyway, we felt it better to not support it in the new format and instead recommend to create global table types via  CDS(.hdbdd files).

Another new feature in SPS7 is the support for scalar and table user defined functions(UDFs) as repository artifacts.  Previously, it was only possible to create these functions in the catalog via the SQLConsole.   You can now create the .hdbscalarfunction and .hdbtablefunction aritifacts via the associated wizards in the same way that we create procedures. 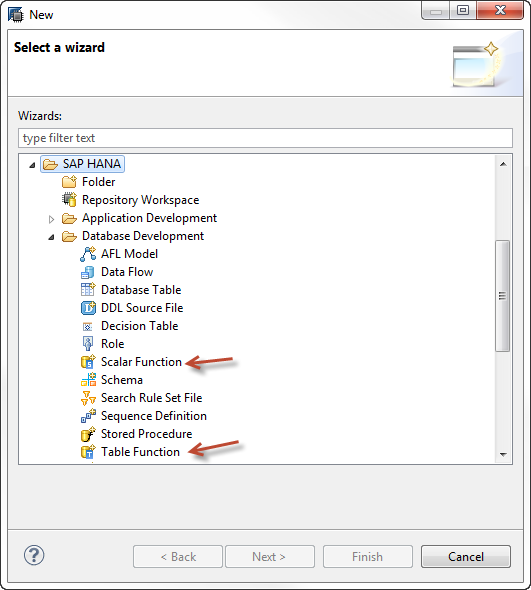 During activation, the run-time object is then created in the catalog.  This is an important feature as we can now leverage functions in our applications and deliver the code via delivery units.  Currently, the function editors are only text editors without any client side checking or formatting.  Of course, we plan to add code highlighting, and syntax checking in a future support package. 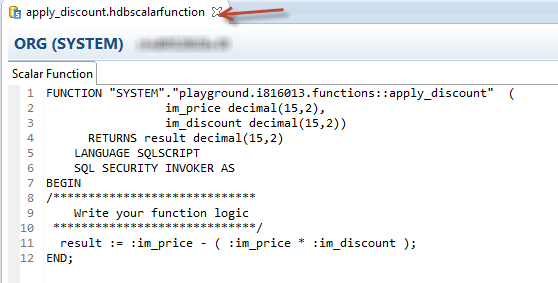 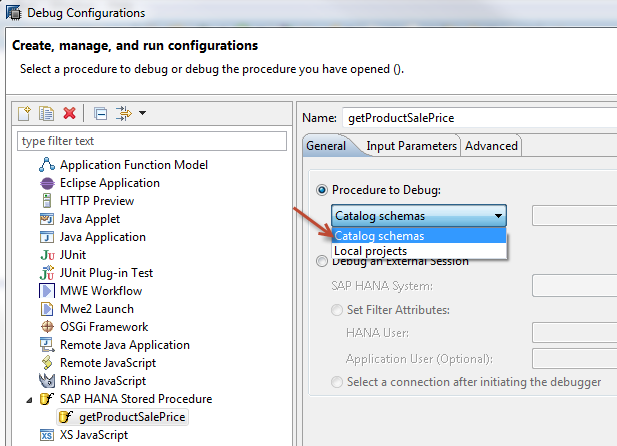 grant DEBUG on <procedure> to <user>

In most systems, users will not have authorization to grant these privileges directly using the GRANT statements, but can still do so by executing the repository wrapper procedures listed below.

Of course it is recommended to grant these authorizations via a repository role(.hdbrole), in which the code might look something similar to this. 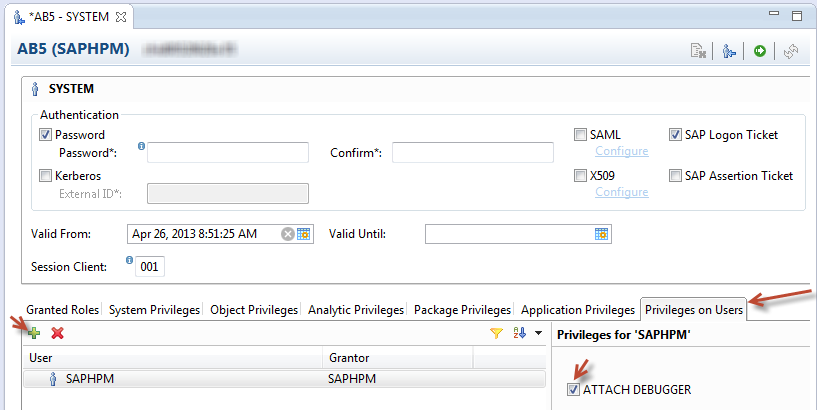 Any new/updated features, not tooling-related, specific to SQL or SQLScript (such as the oft-mentioned concatenation(aggregation) function)? 🙂

Thanks a lot, Is there any new features on ABAP in SPS7.

Thanks for sharing the information on new features, is there any possibility to debug scripted & CE based calculation views also along with SPS7 or it is expected in next version.

Yes, you should be able to debug scripted calculation views with no problem since a script calculation view generates a procedure underneath anyway.  You would simply debug this generated procedure which resides in _SYS_BIC schema.

Thanks a lot Rich for sharing information on new features 🙂

Good to see UDFs as a part of repository objects

thanks for your sharing. I have a question here:

how can we grant privilege on table function  to a role?

I can grant privilege on a scalar function but cannot do the same thing on the table function.

SELECT 'HELLO' AS EMPLOYEEID FROM DUMMY;

when I activating this role, I get following error:

Could you help to have a look at this? thanks in advance.

I am facing issue in editing .HDB Procedure in dev ,Kindly help me on this ,I am getting error you can create read only procedure on this server 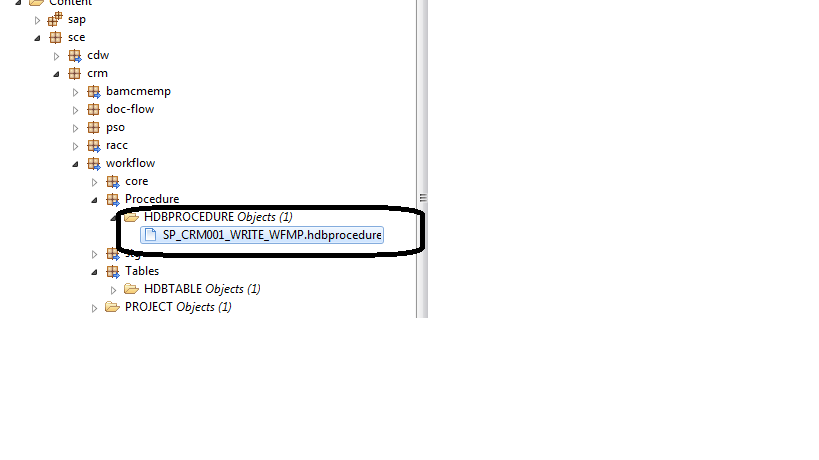 You need to configure read/write procedures in your system.  See this thread, specifically the posts about setting the sqlscript_mode to UNSECURE.

just wondering if you have any information as to when R will be supported in .hdbprocedure files? I'm keen to start writing some inline R.

This has been reported to development, and I"m told that the fix is in a pre-SP10 branch, so I am hoping it will be there for SP10 release at the end of June.

Hope your are fine !

Is it possible to debug scalar functions created with  .hdbscalarfunction repository file ?
Currently my development system are at HANA REV11.

No you can not debug these today in SPS11.

which one is the right way for create procedures in HANA - in Modeler Mode or in Development mode?