Giving Thanks for Mobile and Its Constant Change 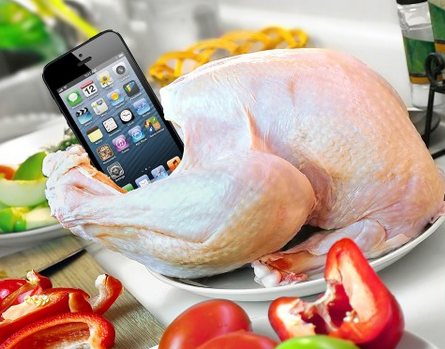 For those of you in the United States, this is a special week. Thanksgiving is on Thursday and is a time for family, food, and self-reflection. It could just be that I’m overly anxious to enjoy this holiday, but I thought I’d get a jump start on giving thanks even if it’s only Monday (a day otherwise not known for giving its patrons a disposition of thankfulness, am I right?). The truth is — Monday or not — there is so much to be thankful for.

It’s easy to get caught up in the minutiae of the every day, especially for those of us in the mobile space. In fact, let me get it out of my system, did you see that Samsung today revealed the Galaxy Grand 2? It looks to be a promising, powerful mid-range device and has an intriguing 5.25-inch display, which lands it between the flagship Galaxy S4 smartphone and the flagship Galaxy Note 3 phablet. But I digress…

But that’s just it, there is something for everyone. And the new normal is that most everyone has or wants powerful, portable devices that are constantly changing. In fact, consider that in 2009 there were already 2.5 billion connected devices in the world. But a new projection out suggests that there will be 30 billion connected devices, of a much greater variety, by 2020. Wow.

And while Android is currently the front runner with 81 percent of the world smartphone market with Samsung as the leader, many are suggesting that we shouldn’t get too comfortable. There has been a dramatic increase in “phablet” shipments as of late (devices with screens between 5 and 7 inches), and the pending Microsoft/Nokia merger seems to have Nokia releasing even more in this category. Last but not least in recent news, Lenovo just became the number 3 worldwide smartphone vendor for the first time.

While keeping up with this constant state of change may be daunting, it is precisely that characteristic which has allowed mobile to become so ubiquitous and enabling. And for that, I am thankful. Thankful to be involved with a technology — in my pocket — that enables me to be a consumer or a worker anywhere and at anytime. I am grateful for never being bored. Sure, it’s a first world problem, but a problem solved nonetheless. How can anyone be bored with such power right at their fingertips?

And I’m also grateful to be working with such a great team that strives to take the complexity out of mobile’s constant change. We here on the Mobile Rapid Deployment Solutions team really do want to replace mobile “constant change” fears out there in the enterprise with thoughts of mobile “predictability” unicorns and rainbows. Ok, so perhaps that metaphor isn’t my finest, but you get the idea: constant change and predictability are not mutually exclusive.

But most importantly, Happy Thanksgiving to all! Warm wishes and happy holidays.

The mobile requirements are evolving so fast! This blog was helpful. I also found information on the mobile RDS in this book that just came out a few weeks ago: