On occasion of the Grand Opening of the second building of the SAP Labs in Latin America, in the first week of December 2013 an event will take place where customers, partners and start-ups, Universities and Research Institutions and also the Government are gladly invited to celebrate in Sao Leopoldo, Brazil. On December 3, Professors from Latin America have the opportunity to participate at the Academic Forum to get informed about SAP latest technologies and do some networking, apart from making the most of the agenda put together here below, where SAP top executives will give a keynote, hold executive sessions for SAP employees, among others. In this respect we count with the presence of Dr. Bernd Welz, Executive Vice President, Solution and Knowledge Packaging, the business unit that pertains to SAP University Alliances. Ann Rosenberg, SAP University Alliances Head will be also participating together with Martin Gollogly, the freshly new appointed SAP University Regional Director for Latin America.

The top hit of the event is the Signing Ceremony of UNISINOS (Universidade do Vale do Rio dos Sinos) to be full member of SAP University Alliances. UNISINOS is among the largest private universities in Brazil. With about 30,000 students in undergraduate, graduate and extension courses, and with approximately 72. 000 students who have graduated over the last 44 years, Unisinos values the ability to be innovative. That is the perfect match, since over 40% of UNISINOS students are hired by SAP Labs Sao Leopoldo. Last but not least SAP Sao Leopoldo is located at UNISINOS Campus, a Jesuit Institution. 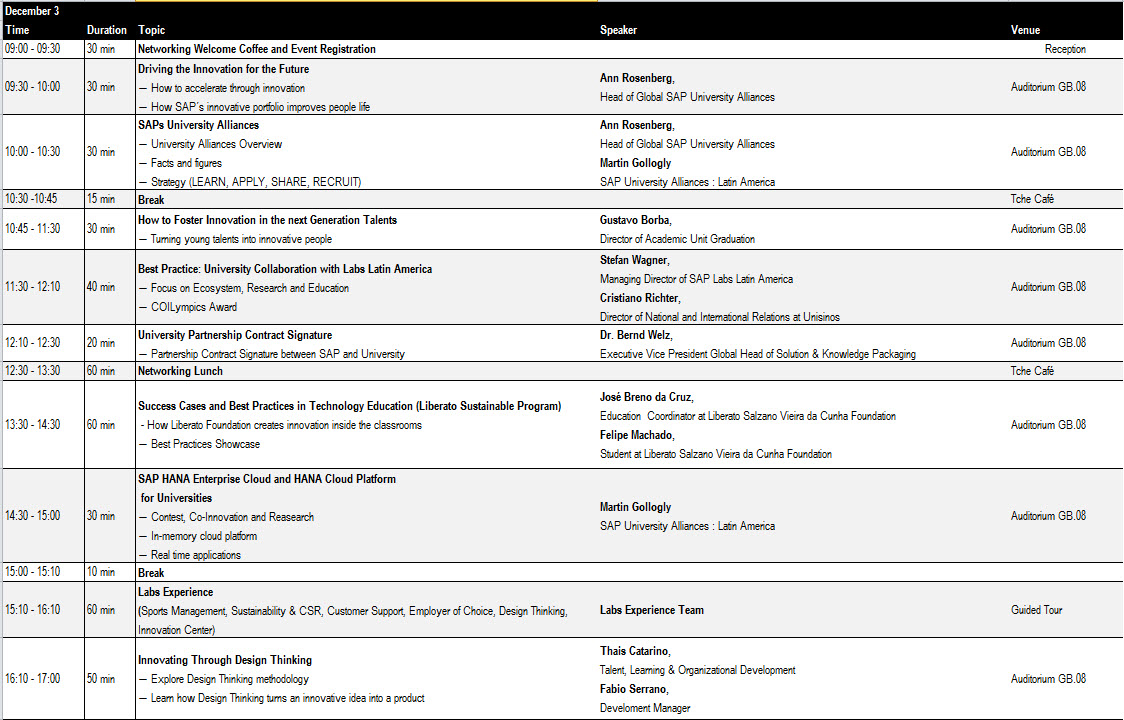