Today was the last day of Reporting 2013 in Orlando.  This event is a collaboration between SAP and SAP Insider.

When checking into the hotel, we all got wearable wristbands, that we could use to open our hotel room door, and pay for purchases.  Just imagine what Disney (also an SAP customer) could do with all that big data. 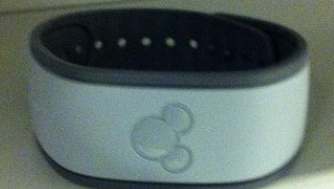 My name was also inscribed on the bracelet.  At first, I didn’t think I would use it but then I was using it all the time.

Reporting 2013 was co-located with Enterprise Mobility, Projects 2013, I met many people from the business side, and not so many from IT.  They were looking at the best way to use the tools in their business.

It started Wednesday with a keynote from SAP’s Christian Rodatus. 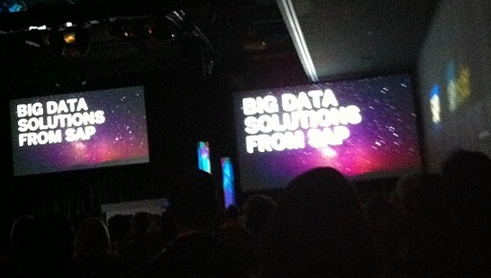 It covered topics such as mobility, predictive, enterprise BI and more. 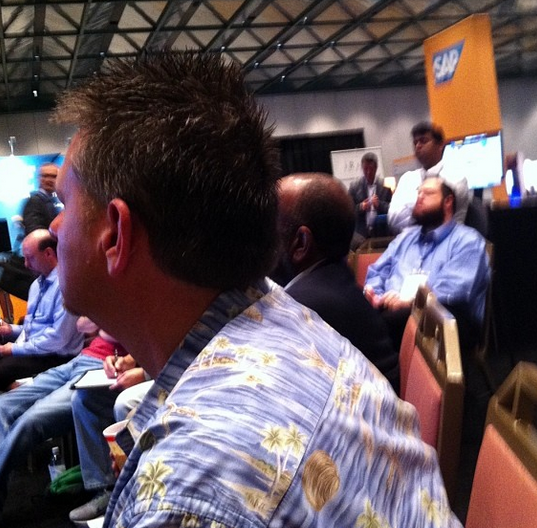 In addition to the several education sessions, SAP Experts offered special 45 minute sessions in the theater where they would have one of their experts speak.  Attendees received free articles from SAP Experts for attending.

Can BPC 7.5 use SAP BusinessObjects Design Studio ?  The answer was no, not so much from the BEx query side but the additional things BPC brings.

Some attendees at the Analysis hands-on sessions were interested in Analysis OLAP.  What is nice about the hands-on sessions at this event is each person gets their own terminal to do the exercises – there is no requirement or expectation to share a machine. With Design Studio 1.2 going GA during this event, SAP’s Ingo Hilgefort clarified that Design Studio supports single-source, relational, BI4 universes.  It was a full house for his Design Studio demo the last day of the event, and attendees showed interest in the Graphomate SDK – an older version is shown hereVideo: How to create charts using the Design Studio SDK

Some scenes from Reporting 2013:

Special thanks to SAP and SAP Insider’s Graceanne Bowe and Bridget Kotelly for a great event.  Join SAP Insider for the next event, BI2014

Thanks for sharing Tammy!