To be able to freely select the changes and transports, that shall be imported into a system or with using Additional Variant you can do intelligent pre-selection based approach.

Before we should proceed with any further discussion and how-to approach will be nice to know how Selective Import (SI) feature will support us in CHARM project. First of all it is part of the flexibility options for ChaRM (available from SP8) but Selective import itself (part of flex consulting solution for ChaRM) is available from SP10 onwards in standard.

For the better understanding of complete CHARM Import Strategy SAP provided us with the below matrix.

To get the above matrix more clear for subject of Selective Import I will summarize the above table just in two sentence:

Status Dependent Import IMPORT_STA – important parameter ,  is not part of the Selective import feature but it is part of CHARM’s global Import Strategy. This parameter is important if you like to prevents imports of the ZMHF TR in the PRD buffer while you are performing Go-Live of the corresponding project.

For an example :  ZMHF can be in process of testing  (still UNTESTED but TR is present in the PRD buffer)!! With this parameter you can control which of the available ZMHF’s transports in PRD buffer  should not go to PRD when you are performing Go Live import from the Task list!

First you should go to the SPRO 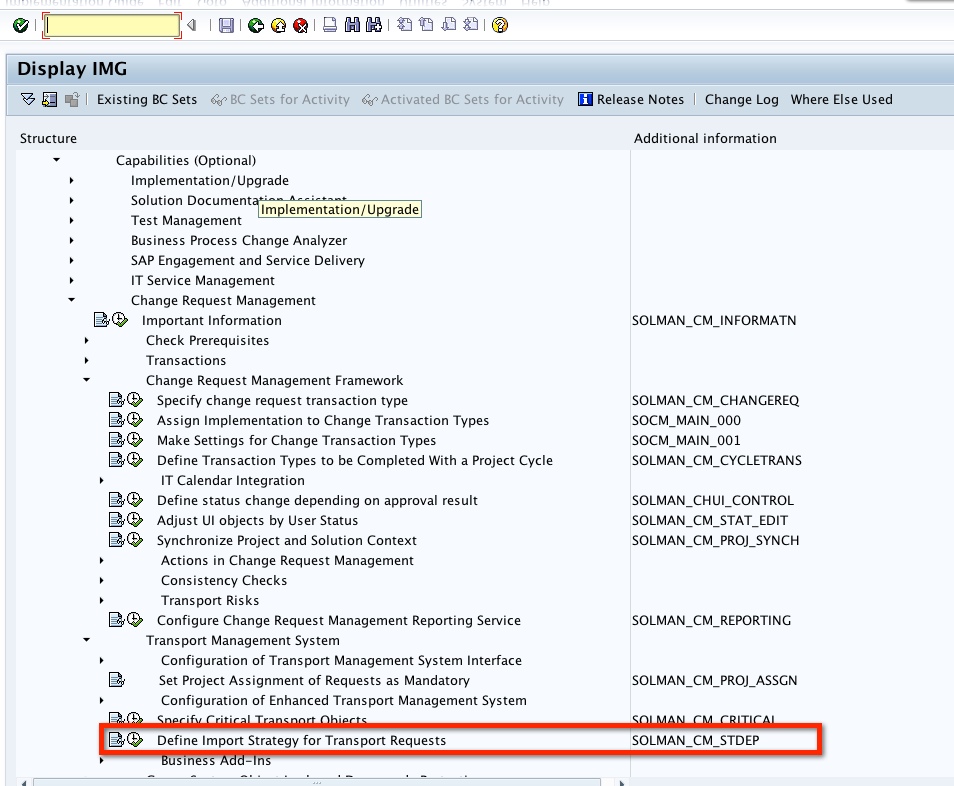 in the next screen we should activate Select import feature just for one specific project (e.g. SP10TEST project name) and it will not be active for all others project in your solman landscape. You also have possibility to restrict it to the specific client and system in your logical component , also you can restrict via System Role specifications like we did: Just for the system role Production!!

You should get possibility to add it via New Entry button. For the Import Strategy please select IMPORT_SEL !

To test above scenario we should create an example ZMMJ document type where we should get Selective import popup screen for each ZMMJ User Status related to  PRD  environment!

Later in the text you can see all this in action.

To activate this feature you should in your customizing activate following Import Strategy IM_STA_SEL:

the you should add New Entry in the Status-Dependent Import section:

Your customizing part is over : now you can test it on your SOLMAN system!!

Corresponding SMMN  is in the Go- Live phase and follow the below screenshots:

ZMMJ in E0014 Released for Import

Next action is Operator will log in your solman system and he will start import to the production system from the corresponding Task List. During his process you will get Selective Import popup Screen for import in to PRD system 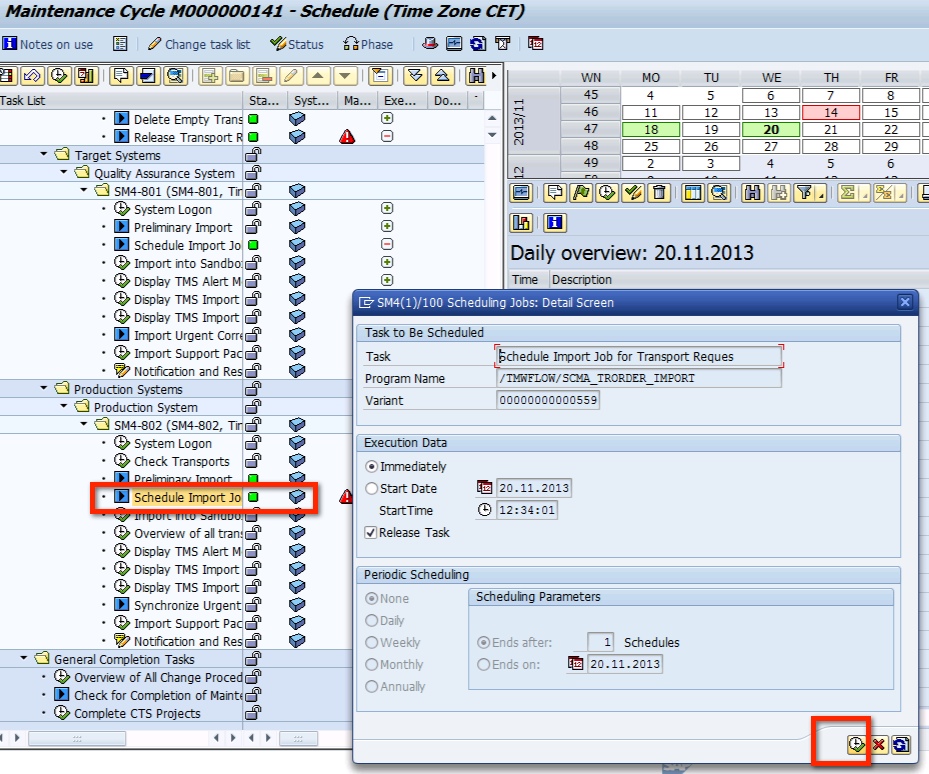 when your confirm this scheduled job you should get Selective Import Popup Screen like is presented in the below picture: 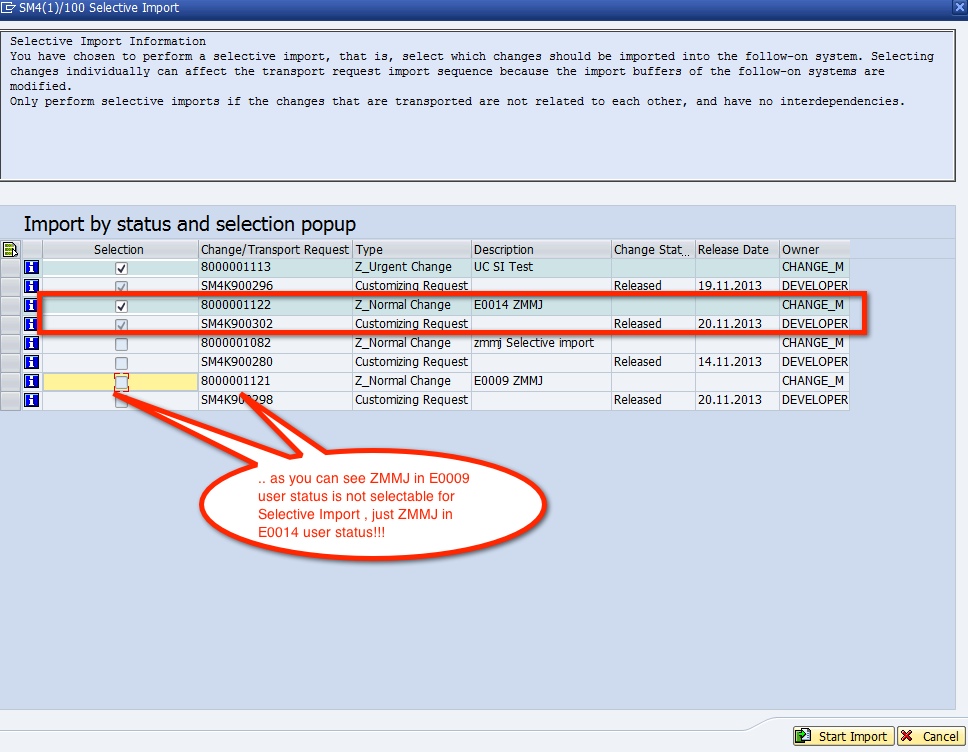 There is new blog from Frank Jungmann with the special hints on this subject (especially for the SMHF – Urgent Change customizing and fine  tuning ) that will help you in better understanding this subject   Some Hints to Status Dependent Import Control!

All suggestion and questions are more then welcomed 🙂