Should We Be Paying People for Their Data? 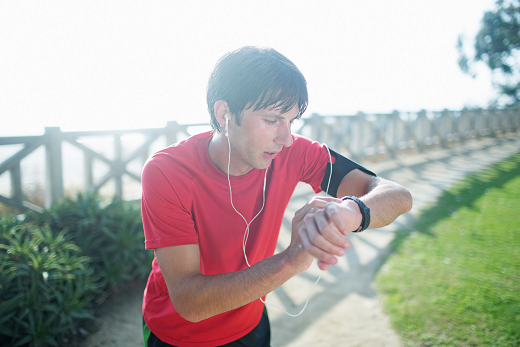 The Santa Fe Institute (SFI) is a research institute which encourages thinking outside the mainstream to solve complex problems and research complex systems such as ‘big data’. The institute’s Business Network is comprised of companies who become members to participate and to learn about research which is underway – to get closer to the great minds and deep thinking around scientific problems – and to gain from that knowledge within their own organizations.

I was fortunate to be invited to SFI’s Annual Symposium: titled ‘Big Data Meets Big Theory’ earlier this month.   I’d like to hone in on a thread that developed during the symposium, which was the efficacy and the feasibility of paying people, subjects, customers, and communities for their personal information and data.

So why ‘big data’ at this year’s SFI Symposium, and why now?

With Edward Snowden and the NSA in the news and with recent mayoral elections which took place in the USA, the complexity of big data was a perfect theme to explore.  In tackling a big topic like big data – I was curious to really get down to the ‘molecular level’ and deconstruct what is already quite a phenomenon in science and in business.   Hearing about big data from theoretic physicists like Geoffrey West of SFI, writers such as Kenneth Cukier of The Economist, and business executives: Graham Spencer of Google Ventures, Nathan Eagle of Jana, Dan Wagner of Civis Analytics, and Sean Gourley of Quid, among others, gave a wider perspective and offered up many points of view.

Even James Bamford, author and journalist who broke a big piece of the NSA story in WIRED back in 2012, gave his perspectives about the ways in which our “personal” big data is revealed, collected, and stored.

Jaron Lanier, a keynoter at the conference spoke about his new book “Who Owns the Future?” in which he posits: Facebook ‘likes’ and Twitter commentary -even your iPhone’s locations and other sensor-based data pieces are earning certain technology companies a whole lot of money.  Why shouldn’t people get a piece of the action?

But of all of the minds contemplating this topic, Noah Eagle of Jana had the most practical remedy for simplifying how to compensate individuals for big data – even in lesser developed countries struggling in some cases to get onto the net in the first place.  Jana is active in over 100 countries across Asia, Latin America and Africa.  Jana rewards consumers for sales, registrations, app installs, video views, and social engagement with mobile airtime payback or discounts through 237 mobile carriers.  Rather than deliver a prize in the mail, marketers can send a reward to customers that is immediately credited to their mobile phones.

Here’s an example of how Jana works. A marketer wants to run a promotion in a 3rd world country, let’s say Danone in Indonesia. Danone runs a promotion in Carrefour stores across Jakarta.  They promote purchase of multi-pack Activia and Milkuat yogurts, and drive bundled purchases of two or more products. The incentive for consumers was straightforward: purchase two or more Milkuat or Activia multipacks and receive a 5,000 Indonesia rupiah (IDR) rebate in airtime directly on the mobile. With Jana’s Instant Airtime, consumers click on a link, register, and earn airtime.

Although Eagle refers to his company’s business as “Small Data in Growth Markets“, this still remains to be the world’s largest compensation platform covering half of our species!  And for people who otherwise possess very little means to earn extra money, the compensation they receive for ‘opting-in’ to selling their data can mean an up to 5% raise in their salaries, considering the payback mechanics.

And by the way, most of these phones are not ‘smart’!  But from so-called dumb phones, much can be learned.  And this harkens back to the “Big Data Meets Big Theory” topic of the symposium.  Companies like Jana are enabling the collection and analysis of big data and information from simple cell phones; and can provide surprising insights into how people move about and behave.  And as MIT Review said in their “10 Breakthrough Technologies of 2013” issue, the use of people’s data in such a way as Jana has developed, can do more than just market products.

“[A similar use of] big data might be harnessed to build tools that health-care workers, governments, and others can use to detect and monitor epidemics, manage disasters, and optimize transportation systems and even help us understand the spread of diseases.”

For more on big data and marketing Check out: “Connecting With the Digital Customer” by industry guru Don Peppers and thought leader Julie Roehm.