How does Positive Pay work? 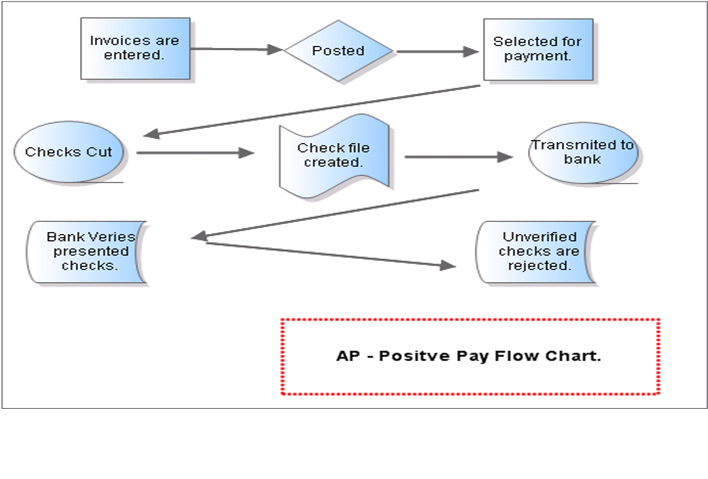 Positive pay file structure is specific to the banks. Each bank has its own format. We need to get information from the bank about their file format with details of header, record count, amounts etc., A customized program to map these fields is required. After the automatic payment run, if this program is executed, it will generate the positive pay file in the bank’s required format..

How do we execute Positive Pay?

Step-2:  Create Z T-code (Ex:-ZFCHX). We need to take the help of ABAPer to create the Positive pay file as per the format specified by the Bank.

Step-3: After issuing the checks (Manual checks issue or through APP), we have to execute T-code ZFCHX.

Step-4: Once the T-code ZFCHX has been executed, the program ZRFCHKE00 will extract the data in to a Positive Pay file which we have mapped      with the help of ABAPer as per the format specified by the bank.

Step-5:  The file which has got generated in Step-4 will be stored in SAP Directories (T-code AL11) or as per the file path we specify.

Step-6:  Positive Pay information can be transmitted to Bank through processes like FTP, EDI (IDOCs) as these are secure more sophisticated than others

Thank you very much vor sharing.

Nice document. Thanks for sharing your knowledge.

Can you please provide more information on the following point:

From where do we copy the program and create a custom program?

Thank you very much for sharing.