In mid-nineteenth century New York, a social reformer named Loring Brace had the radical idea of giving children in poverty the chance to become self-reliant members of society. In 1853 he established the Children’s Aid Society, creating the first industrial school for poor children, initiating the first free school lunch program, and sending thousands of New York City orphans to the homes of farm families out West. For the past 160 years Children’s Aid has continued to help New York’s low-income children strive for the American Dream. 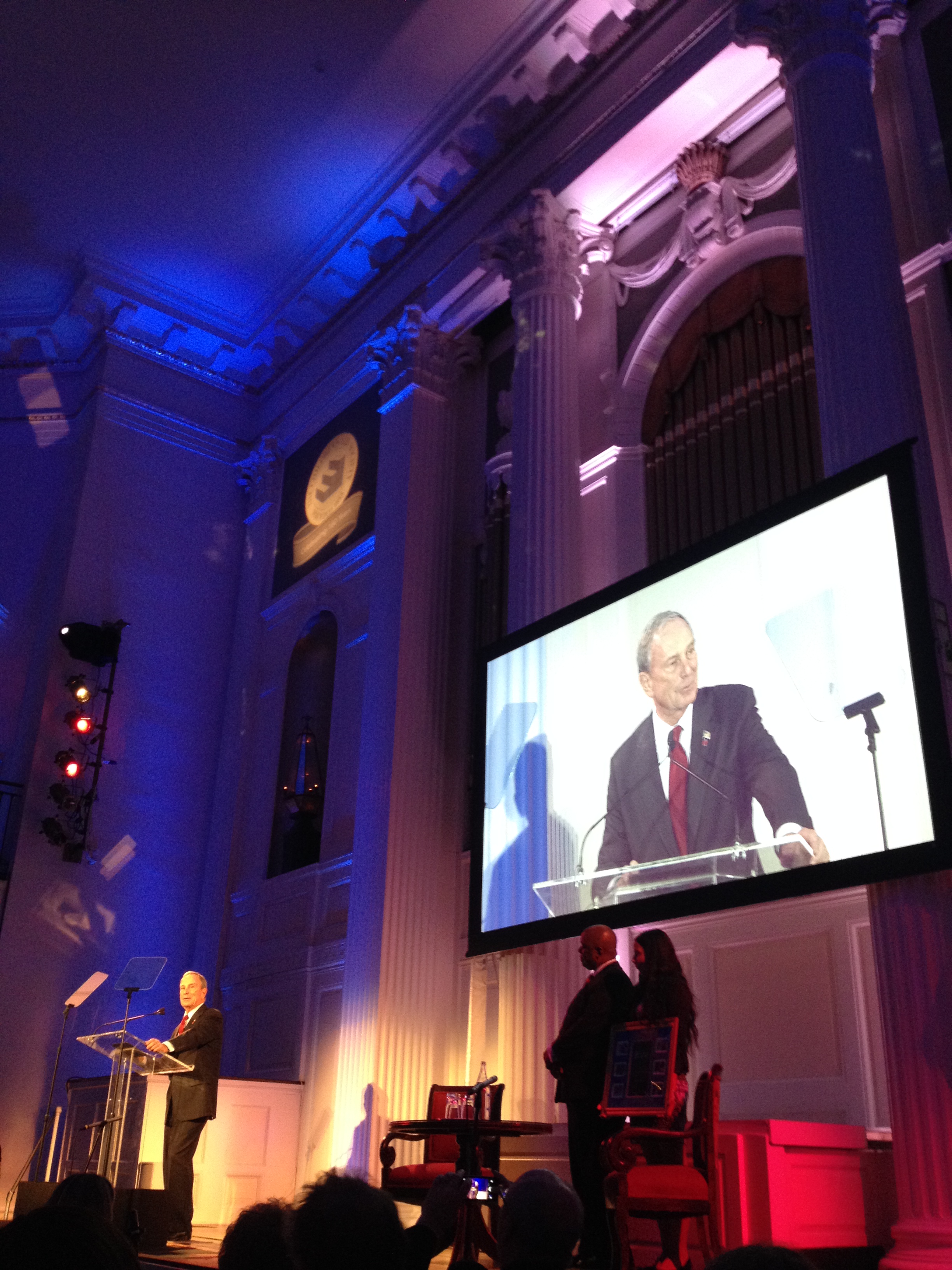 Last Thursday 450 supporters gathered for the 3rd Annual Children’s Aid Society “Keeping the Promise” Gala in Manhattan, raising $1.6 million to support the education, empowerment, and health of the city’s neediest children. SAP was one of the event’s four Anniversary Sponsors—along with Edelman, JPMorgan Chase, and BNY Mellon—with a particular focus on the sponsorship of educational services.

The gala featured both live and silent auctions, and also honored impactful corporate and community partnerships. Mayor Michael Bloomberg received the Public Leadership Award and Richard Edelman was honored with the Promise Award— a recognition that SAP’s own Bill McDermott received last year.

But the evening was definitely highlighted by the children themselves. Dinner began and ended with beautiful performances by the Children’s Aid Chorus, the MC was a current Children’s Aid participant, and the tables were adorned with centerpieces made by kids at the East Harlem Center. The event’s two young hosts were also Children’s Aid beneficiaries: Karina Melendez, a cancer survivor and sophomore at Columbia who entered Children’s Aid’s foster care program at 15, and General Washington, whose involvement with Children’s Aid began as a toddler and culminated with help securing scholarships to CUNY College of Staten Island.

“I was pleased to see how businesses in New York care about the children of our city,” said Diana Abroskina, an SAP communications intern who attended the gala. “Children are our future. Watching these young boys and girls perform on stage and share their personal stories was priceless. Their lives are the results of their strong will and the much-needed support of Children’s Aid.  As representatives of SAP, I think we all felt like we were an important part in these children’s lives.”

The impact of Children’s Aid throughout the years has been immeasurable and far-reaching. Brace’s “Orphan Train Movement” is considered the first foster care program, and Children’s Aid has since established the first day care program for working mothers and the first visiting nurse service. Today, Children’s Aid serves 70,000 children and their families from birth through high school, providing academic support, health care, athletic and art programs, and a range of services for parents. It continues to change with the times, and although many of today’s programs are much different than the Children’s Aid Society of 1853, it still has the same mission: to help children in poverty succeed and thrive.