Time flies, the SAP TechEd Las Vegas and Amsterdam are now behind us. During those 2 weeks in Vegas and Amsterdam, the NetWeaver Gateway Product Management team had put together a social media campaign to promote the Gateway-related sessions as well as engage with our partners and customers in both conferences.

The team was no stranger in taking advantage of social media to connect with the TechEd attendees. This year was the second year for us to launch this campaign. With that experience under our belt, the sentiment on the Twitter world was very positive. We can tell from the tweets that our sessions and products were well received by the developer community. In the rest of the blog, let me share with you some of the tweets by the attendees, our partners as well as our customers.

During the week in Las Vegas, we launched the new Gateway consumption tool called SAP NetWeaver Gateway productivity accelerator for Microsoft and received some very good feedback from the attendees. 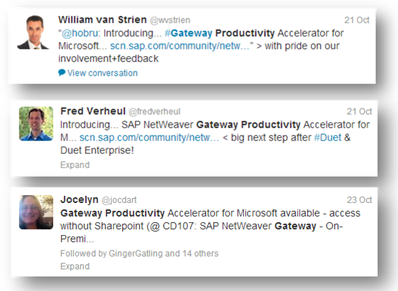 In the SAP NetWeaver Gateway session given on both locations, the attendees gave positive feedback and comment about the product. 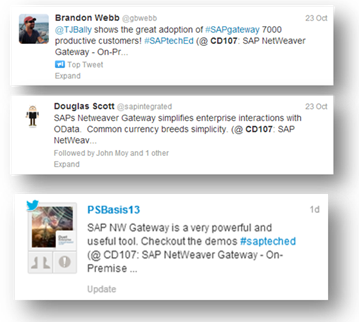 The hands-on sessions again were full and jam packed with excited developers to try to get their hands dirty to test drive the latest version of the product. 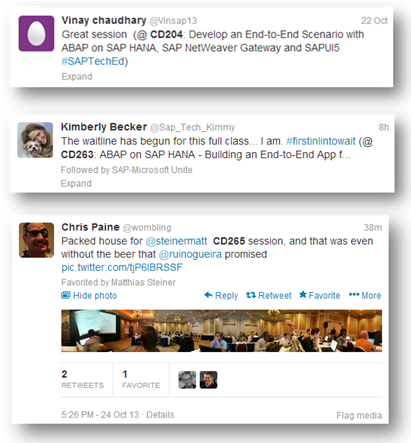 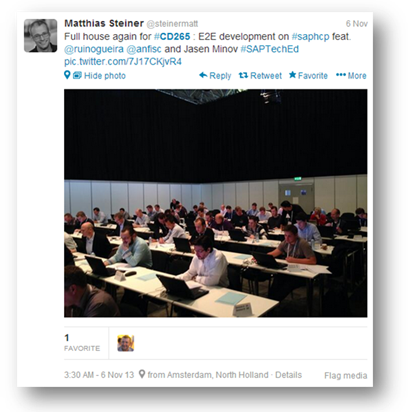 During the speakers networking session, especially the one given out by our colleague, Holger Bruchelt (@hobru), echoed the same level of positive sentiment and engagement from the attendees. 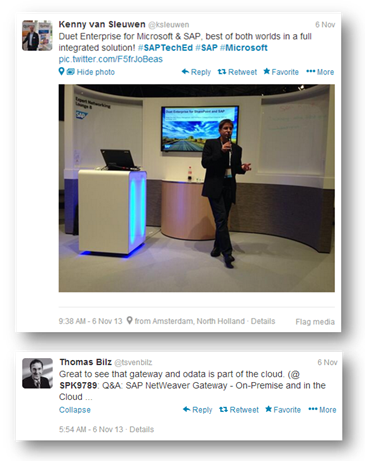 Last but not least, our partners and customers also tweet about the event. Special thanks to Nick Mikhailov of American Airlines spending time with us in an interview. If you have missed that, you can find the reply here. 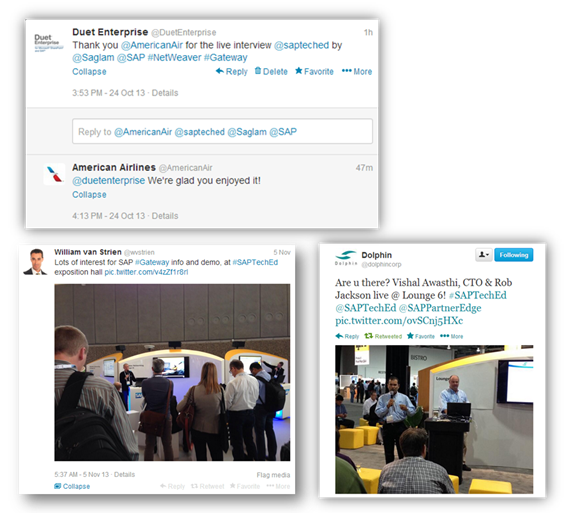 All in all, this effort was worthwhile when we read all these tweets coming to us. A BIG THANK YOU to all of you who have followed us on the social media channels and the postings, the tweets!