How to create BEx transport Request

This Request is used for queries, workbook and web application objects. If you have Bex transport then you need not collect Bex objects individually.

Important thing is that all the modification to Bex objects are collected into this request for all the users. It is not user specific. 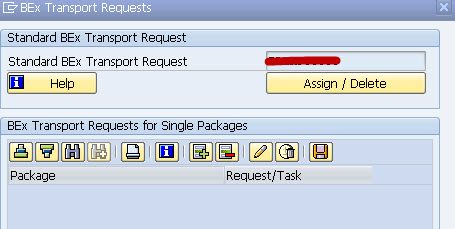 A new request has to be created immediately after you release a BEx transport request. For this reason, either an administrator or project coordinator must create the requests centrally.

6) Select the task you want to release then the request.

Depend on your project requirement you should be decide to this package option.

There are possible reasons for this

1)      Your project is large and you want to divide Bex objects in different areas.

2)      You want to send Bex objects to different production systems.

Note: If a package has no specific request, the object is written to the standard BEx transport request.  Like below screen. 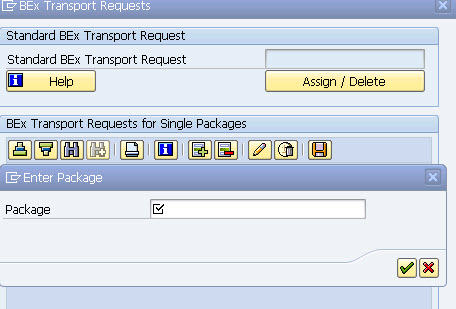 4) Mention development class for your project(Package) for Example ZBW.

5) Here you will create request for this package.

In this way you can create multiple packages and requests for them.

You can edit request for these packages also using edit.

Hopes it will Help.

Thanks for your feedback 🙂 .