This document explains step by step process on how to link two reports .i.e., opening one report from other report in SAP Business Explorer –> Analyzer. 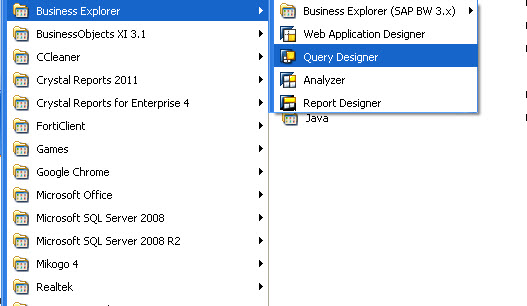 The below screen gives the snapshot of my first query where Plant and Actual Sales are my Dimension and Key Figures. 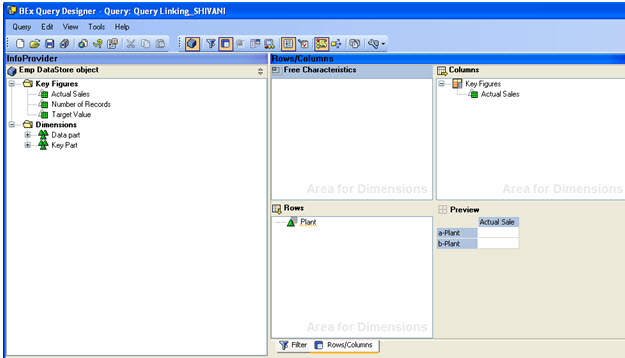 The below screen gives the snapshot of the Second query where Plant and Target Sales are my Dimension and Key Figures.

Note: In this case Plant is my common object in both the queries to link from one report to other 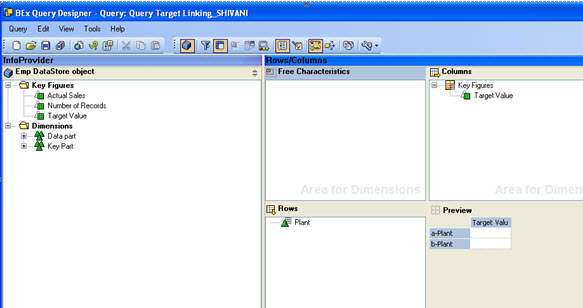 Step 3: Go to SAP Front End –> SAP Logon as shown in below screen

Step 4 : Pass on the Logon Credentials to connect to the BW System

Step 5: Enter the Tcode rsbbs  as shown below and press Enter.

Step 6:  The below screen is the Sender/ Receiver Assignment window where linking of two BEx queries can be done.

Enter  or select the query from the drop-down list as shown below.

Note:  Sender:    In this case my first BEx query .i.e.,  Query Linking is the sender as it sends the parameter.

Receiver: Second Query as it receives parameter from the first query. 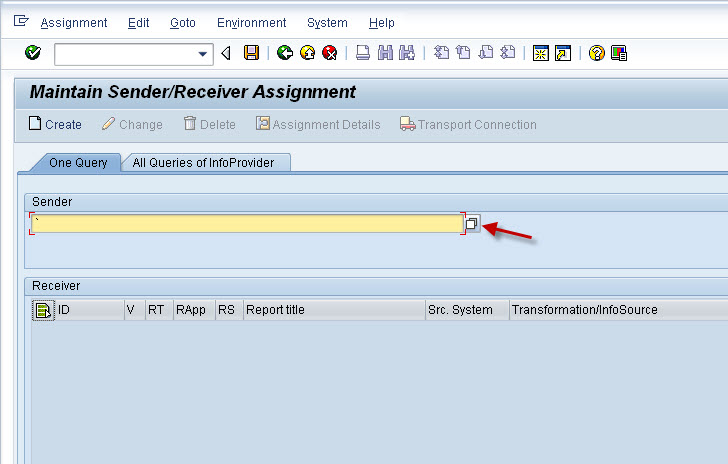 Step 7: After selecting the Sender, click on Create as shown below.

Step 8: The below screen shows how to assign the Receiver.

In this case, my Target System is Local and Report Type is BW Query and Receiver is the Second query i.e., Query Target Linking . 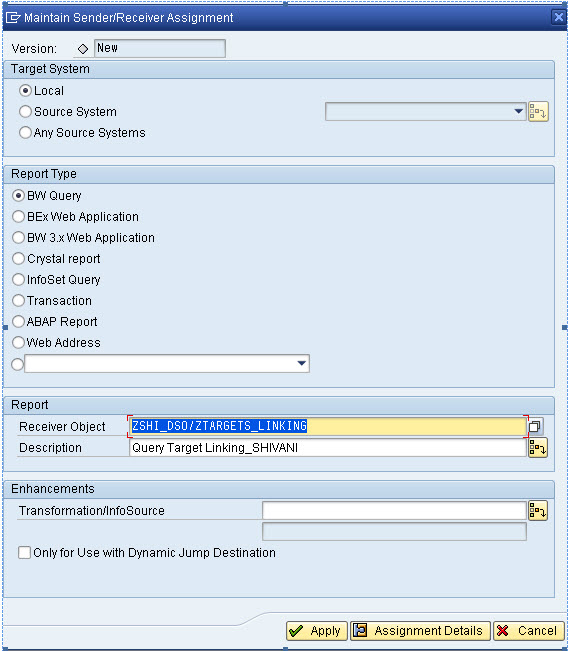 Step 10: Select Type as InfoObject (as it is InfoObject in the BW) and Field Name as Plant.

The below screens shows the Receiver objects Assignment.

Step 11: Now Go to Business Explorer –> Analyzer as shown in below screen.

Step 14: As per the selection of the plant in the first query, it opens the second query report.

(Plant 5 is the selection in this case)

Hence I can see my Plant wise Actual Sales in the first report and when I click on  any particular Plant, I can see my Target Sales for the selected Plant.

Good job and useful information. Thanks for sharing

Thanks for for your effort on this.