Today we had an ASUG webcast on Design Studio 1.2.  The usual disclaimer applies that this is subject to change and any forward looking statements should not be looked on as a commitment by SAP (subject to change).  Some of this is already covered World Premiere of Design Studio 1.2 – Sharing the Knowledge from SAP TechEd so I won’t repeat that content here.

Design Studio 1.2 planned to be released November 29 (subject to change) 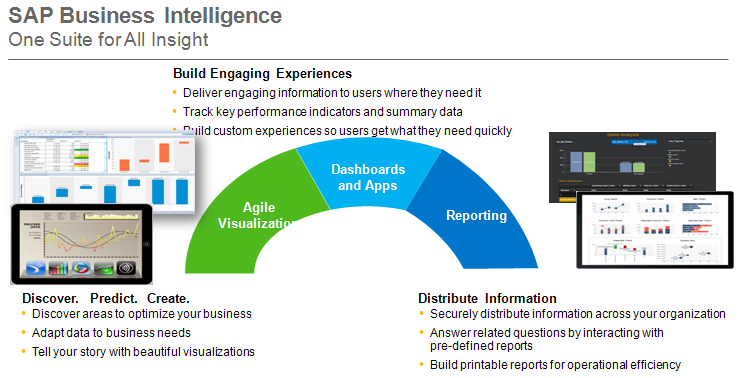 How does Design Studio fit in client portfolio?  Developing in three streams / areas:

Agile visualization is self service for more business users such as Lumira.

Design Studio is developed for design environment for those developing analytical applications for mobile and desktop usage. 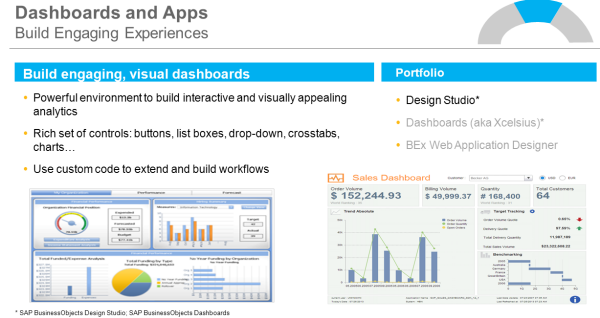 The strategy for dashboarding and analytical applications is converging development efforts on Design Studio.

BEx Web Application Designer is in maintenance mode with no new innovations and capabilities.

Dashboards (formerly known as XCelsius) will be shipped with every platform version – new development has been ramped down.  Focus of development teams is on Design Studio. 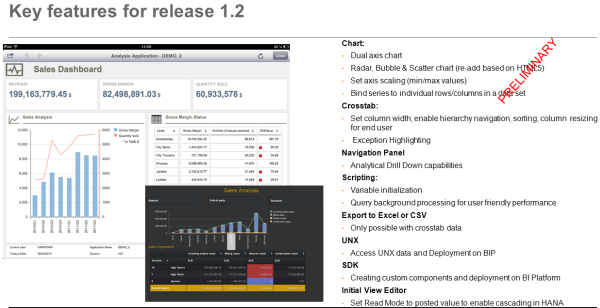 Design analytical dashboards for others to consume for mass deployment scenarios.

A forward looking statement is to bring in CVOM SDK that is used in Lumira will be in the Design Studio 1.3 timeframe – Design Studio will have a specific SDK and leverage CVOM SDK for extensions in both DS and Lumira.

Mobile app support is built in and will provide libraries for mobile devices. 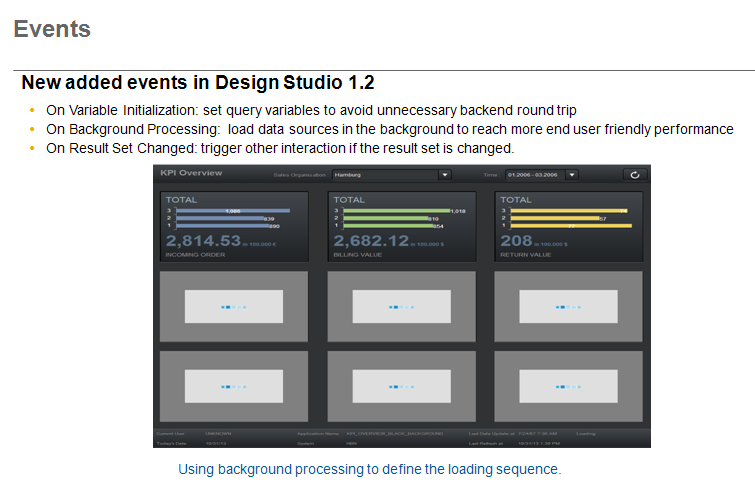 Figure 4 shows three queries.  First query run – at the top – user can interact with that data while the next set of queries are run.

Design Studio 1.3 release will have Lumira integration where you take a Lumira board and turn that into a Design Studio application.

With the new background processing in Figure 4, it is not faking a delayed load and you can use it as a generic event

Design Studio also “steal views from Analysis Office” with Smart Copy, which copies a new object to clipboard.  The object registers with clipboard and use this to transport queries with navigation states to Design Studio – Design Studio recognizes it from the clipboard – no logon prompt with a connection.

With Design Studio, sorting and set hierarchy not enabled by default.  There are no loops in Design Studio, no wait command and no color coding for Waterfall for positive/negative drivers

First Delivery Note (not released yet):

Q:  Until when are Dashboards ( Xcelsius) are supported?

A:  mainstream maintenance and then extended maintenance – will be shipped with every BI Platform release

Q:  Have we already seen the last ever release of Dashboards/Xcelsius?

A:  See previous question – will be shipped with ever BI Platform release – good question for tomorrow’s BI roadmap webcast

A:  Covered in the slides and also go to service.sap.com/PAM

Q:  Are there any tools to convert Bex Wad dashboard templates to design studio

A:  Net yet, though migration tools for both XCelcius and WAD are  planned for on the long term roadmap.

Q:  Do we  have any options for Static data like in Xcelsius for Design Studio?

A:  If you mean Excel, not in this release

A:  Depending on what kind of local data you are using, global variables may be able to fill that role

Q:  Will v1.2 have functionality to convert &/or import Dashboard files to Design Studio format.

A:  Not in this release

Q:  Can we deploy Design Apps onto SAP Portal?

A:  Yes this is one of the deployment options but check the PAM for releases

Q:  How about SharePoint portal?

A:  This is not currently available or planned

Q:  Does SDK allow us to include Standard Client Side JavaScript?

Q:  I see that Design Studio offer export to excel. Does it export the charts to Power point?

A:  At TechEd they said this is planned for 1.3 release

Q:  Will Design Studio have the ability to use R scripts for statistics and charting?

A:  not currently; may be possible with the HANA XS engine in version 1.3

A:  this is being answered in the roadmap slide

A:  For this, I would use Analysis OLAP for this (variants) and then send to Design Studio

A:  not in Design Studio.  That is a query or universe design issue

Q:  Is BW HANA only way to connect Design studio in current relase?

A:  Universe support in 1.2 release

Q:  Is there going to be integration with Web Intelligence?

A:  not at this time

Q:  How is the licensing on DS? Do we get it automatically if we have a license for BOBJ 4.1?

Q:  Will the license keys we have for Xcelsius work with DS if we download it now?

A:  No license keys are needed in Design Studio

Q:  Are all the components set going to be brought over in DS in long term?

A:  what do you mean by component sets?

Q:  In 1.2 is the listbox corrected to selected multiple items

Q:  Is there a plan for this in the future?

A:  If there is it is long-term

Q:  From which version of Office Analysis smart copy is suported?

Q:  Is Custom Components a separate download? which is supplement to standard components?

A:  Yes; come to the ASUG November 25th SDK webcast

Q:  Can output of the DS be seen only via server? or a local file is available?

A:  Local is available with Excel export…

Q:  Will there be a way to perform calculations n the data coming from source ( lie we do in excel in Xcelsius)

A:  Do with script commands or with upcoming custom components

Exciting news to hear about Lumira and DS integration points in 1.3. Thanks for the summary, Tammy!  Still watching SWDC for 1.2 to pop up in the mean time!