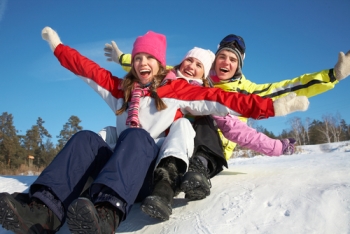 Smiling for the camera is a relatively new phenomenon that began at the dawn of the 20th century, and seems to have reached its latest apogee with social media in the 21st. We have never been more open to sharing our lives with friends, sporting more smiles than perhaps at any other time in history.

But it wasn’t always this way. Early daguerreotypes typically depict a grim sea of faces despite burgeoning demand for family portraiture in the 19th century. Getting your photo in those days was serious business and for most, smiling literally wasn’t in the picture. The rise of modern photography changed all that. Indeed, photography is a classic study in how the consumerization of technology transforms industries and people’s lives. Initially the exclusive domain of professionals with mysterious black boxes to capture and print images under a hood and behind closed doors, photography gradually became accessible to anyone with a few dollars to purchase a camera. In the 20th century, Kodachrome, a color reversal film introduced by Eastman Kodak in 1935, ushered in a new era of color, making images more lifelike. But it was really digitization, invented at AT&T Bell Laboratories in 1969 that transformed everything.

Somewhat paradoxically, digital photography followed by social media has brought an immediacy to images unfathomable in centuries before. Of course the inevitable backlash has already begun. A recent University of Michigan study that aired on National Public Radio found that the more people used Facebook, they worse they felt. Could it be that looking at all those smiling faces of friends whooping it up on vacation makes us feel bad because we’re NOT THERE?

I’m not convinced that social media is the causal factor here. Smiling is good. There’s physiological evidence that the act of smiling actually changes the brain. Not only does it make you feel better, but also can boost good feelings of those around you. Cognitive behaviorists have long advocated smiling for people who feel down. Their optimistic reasoning is that eventually your actual mood might just catch up with the expression on your face.

In the context of the smile, the story of photography has been one long, inexorable march to intimacy, fueled by technology. The results are nothing short of phenomenal; at any moment in time, we can see more people smiling than inventors Joseph Nicéphore Niépce and Louis Degeurre could ever have imagined. And that’s just one more reason to smile today.