In my first blog, I gave an introduction to SAP Social Sabbatical, but really didn’t provide much details on the projects.  As promised in this blog, I will use the analogy of SimCity to describe SAP’s role and mission in Brazil.

For those of who have played SimCity, you’ll know that it’s a game that requires strategy, planning and a quite bit of experimentation.  The goal of SimCity is build a city from scratch while balancing a budget and maintaining the happiness of your citizens.  The game has a fair degree of complexity as you need to develop all of public services and infrastructure that you would have in a normal city such as power, water, garbage collection, roads, transportation links, parks, hospitals and schools etc… 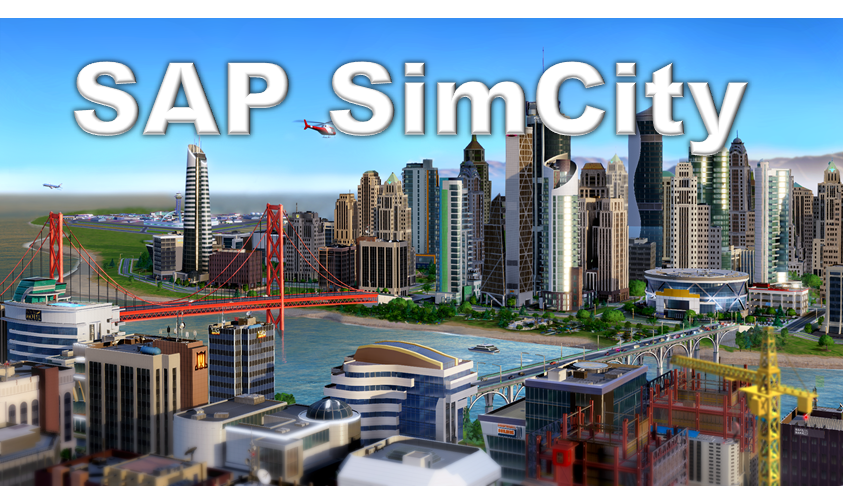 In the case of Brazil, the citizens of different cities have nowhere to go so instead they are protesting.  In June 2013, millions of citizens took to the streets in protest against high taxes, rising inflation, poor public services, and political corruption.  Billions of dollars are being spent on stadiums in preparation for next year’s World Cup and yet there is little improvement in public infrastructure such as roads and buses. 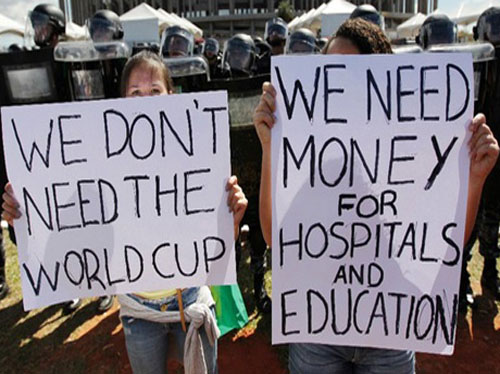 I can certainly attest to this as a group of us went to Football match on October 23rd.  The stadium was magnificently state of the art, but the roads leading to and from the stadium are a recipe for disaster if nothing is done for World Cup next year. Two unforgettable memories of the evening were 1) the prominent display of Brazilian Football passion and talent 2) Bumper to bumper traffic, honking horns, and overcrowed / antiquated buses.

The strategic importance of Brazil to SAP

So why am I using the Analogy of SimCity in this Blog?  The reason is because SAP is making an investment in Brazil and specifically into the city of Porto Alegre by sending a team of 12 people to work on projects that focus on improving public services, enhancing youth education, urban renewal, and solving business challenges for social enterprises and entrepreneurs.

Despite the recent political and social turmoil, Brazil is one of the fastest growing major economies in the world and 6th largest in the world. For SAP, Brazil is especially important as it represents the 3rd largest software market in terms of revenue.  According to Stefan Wagner, Managing Director of SAP Labs Latin America “If Brazil has a bad quarter, the whole of SAP will be impacted.”

As an emerging market economy, Brazil is ripe with opportunities as companies begin to scale and look to make investments in software to improve their competitive advantage.  But as we’ve witnessed many times in history, too many social challenges will also hinder the economic growth of a country.  It is for these reasons that the SAP Social Sabbatical plays an important role in the social-economic development of Brazil. Specifically for the city of Porto Alegre, our team of 12 people was assigned to these 4 projects:

Call Center Madness and the City of Porto Alegre

Going back to my analogy now of SimCity, the goal of any city is to have to effective public services. To keep your Sim’s Happiness index up, you’ll want to provide essential services such as water, power, sanitation etc… In the case of the city of Porto Alegre, they provide essential services, but they don’t do an adequate job responding to their Citizen’s requests to fix things.

For example, if a Sewer Pipe breaks open in some neighborhood, it’s the City’s responsible to repair the pipe.  Currently, the city has a backlog of 10,000+ of such service Citizen’s requests.  For the team of Jason Tissera, Martin Tielsen, and MK Grueneberg, they were assigned to the City of Porto Alegre to investigate innovations in CRM software and mobile technologies and come up with a set of recommendations to improve the City’s system of tracking, and resolving Citizens’ requests. 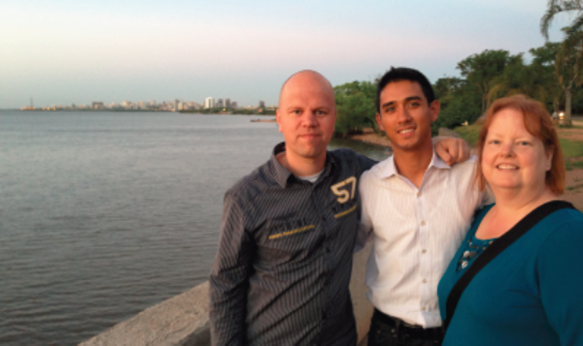 Reducing Crime and revitalizing the 4th District of Porto Alegre

In SimCity, the calculus of Happiness is pretty simple.  Sims live need a place to live (ie Residential zones), they need places to work (i.e. Industrial Zones), and they need places to spend their money (i.e. Commercial Zones).  As you progress through the game, you add schools to the Residential zones to increase the likelihood that your Sim’s will get good jobs, and you also add nearby parks and hospitals ensures they will stay healthy.

With that said the element of Crime in SimCity isn’t some random event, it occurs when a neighborhood has low education, bad pollution, poor health and no jobs.  The 4th District of Porto Alegre fits exactly this description being a former dumping ground for the city’s waste, and also an area marked by local Drug Lords, Pimps and Prostitutes.  Despite the dire situation, a collective of urban entrepreneurs called Nos Coworking have teamed together to explore ways of creating a better future for the 4th District. For the team of Sarah Larson, Senta Belay and Peter Miskiewicz, they were presented with a unique opportunity to partner with Nos Coworking and come up with a concept proposal for a revitalized 4th district. 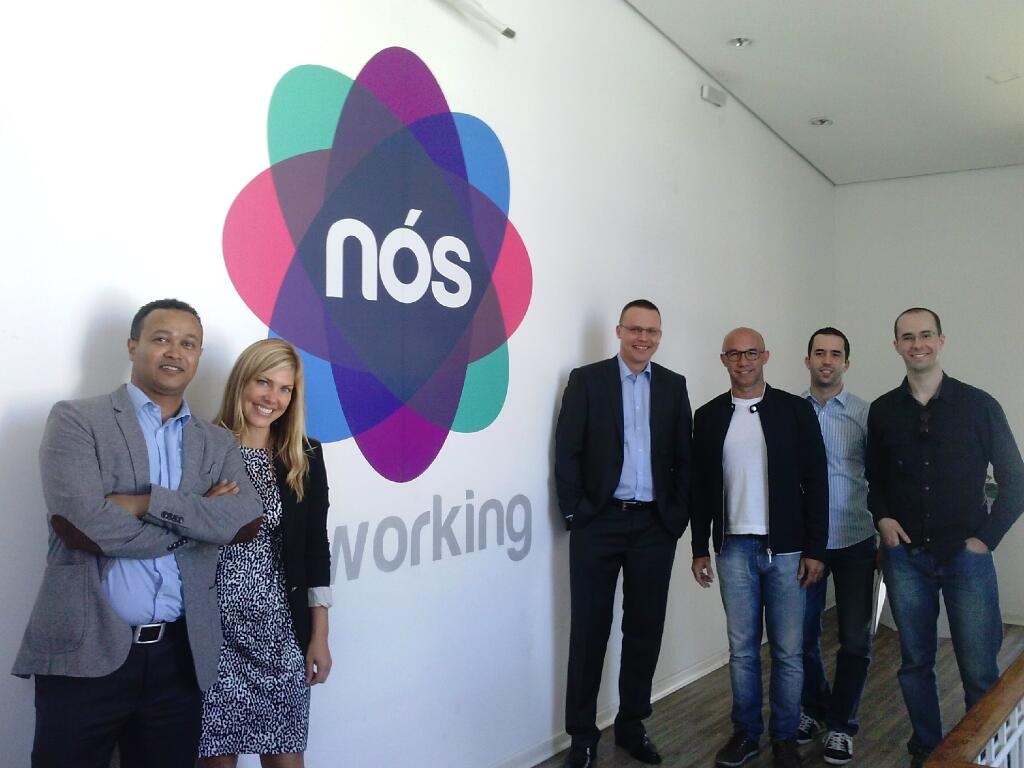 The concept of creating jobs in SimCity is pretty simple – build schools to create skilled workforce, and keep your taxes low to incentivize job creation by large companies and entrepreneurs. In the case of latter, entrepreneurship plays a more important role in Brazil’s economic and social future.  Small and medium size companies are responsible 96% all of jobs in Brazil.  However despite being a BRIC country, many challenges still exist for entrepreneurs.  New business startups face a complicated tax system, a lengthy startup time (120 days vs. 13 days for OECD countries), and a lack of entrepreneurship training.

On the latter most point, Less than 10% of Brazilians aged 18–64 received any type of entrepreneurship education, and without sufficient knowledge in how to get started, the majority of would-be entrepreneurs don’t develop the confidence to put their ideas into action. That picture is starting to improve with the help of entrepreneurial incubator’s like Semente Negócios whose mission is support entrepreneurs by helping them to map and model their ideas into real businesses through business tools, best practices and knowledge sharing. For the SAP team of Nabil Al-Azem, Francois Silvain, and Amy Hammond, they had an exciting opportunity to work with Semente and  meet with several entrepreneurs to gain a better understanding of the their current challenges and create an educational program to help early stage ventures and new entrepreneurs. 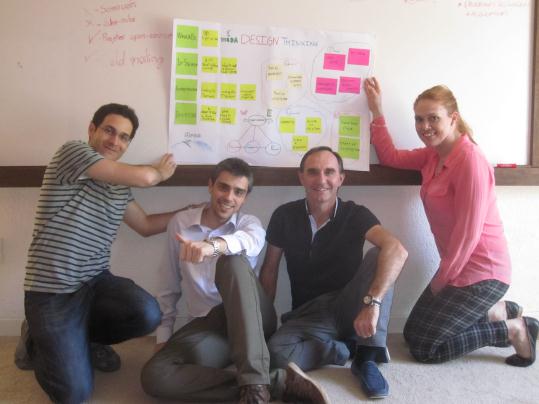 SAP SimCity and the Social Sabbatical

Hopefully with my analogy of using SimCity, you can better understand and appreciate the rationale for each of the Social Sabbatical projects.  While Brazil represents a key software market for SAP, we also have to recognize that this country is at a critical junction where economic progress is tied to social and civic improvements. As an SAP employee, I’m proud to say that we are taking a long term view and making the socially responsible investments now in order to help Brazil run better for the future.

Well that’s it for my second blog post.  In my next blog post, I will talk about my project with Junior Achievement, and educating Brazil youth and future leaders.

That's an excellent blog Darren. Thanks for capturing and sharing all these great ideas and analysis.

Darren; when you talk of the "unforgettable moments" there in Brazil .... reminded me of Bangalore!  Except you replace the "football" passion with "cricket".   Ditto on the "Bumper to bumper traffic, honking horns, and overcrowded / antiquated buses"....  and add rickshaws.   😉

Hi Darren.  Great article.  Thank you for sharing your experience with the rest of us.  It allows all of us to benefit from what you are doing/learning.

Great post Darren, thanks for sharing your insight and experiences from Brazil. Look forward to the next one.