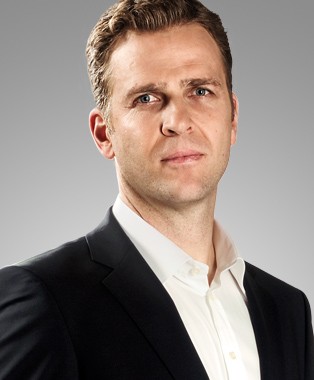 Clutch… Heroic… Superstar… Three words that describe Oliver, who holds a prestigious place in history as the first player to score a “Golden Goal” in the 1996 European Fußball Championship. Surely one of those cherished moments filled with pure joy for German fußball fans who will never forget where they were, who they were with, and how this overtime win made them feel at that magnificent moment.

In 2004, he was appointed the title of general manager for the German National Team and as one of the most influential men in German fußball, Oliver strives to bring Germany its fourth World Cup this year in Brazil. Of course he knows this won’t be an easy task, as no European team has ever won in North or South America, but Germany is certainly amongst the favorites.

Today SAP is proud to announce Oliver as the newest SAP Ambassador; joining the team already consisting of many sports greats:

“I am honored to work with SAP as one of their ambassadors,” said Bierhoff. “SAP is at the cutting edge of technology, transforming sports both in Germany and across the globe. I am always looking for new ways to help the team improve, and expect SAP will help me gain further insights into our team performance and see German football run like never before.”

But becoming an SAP Ambassador requires more than just sheer athletic ability. It takes a commitment to excellence, sustainability, and a passion to give back. All part of SAP’s vision to help the world run better by improving people’s lives. Oliver’s eagerness to serve the community and his hunger for innovative technology, make him the perfect fit for this partnership.

Please join me in welcoming Oliver to the SAP Team and wishing him the best moving forward.