Why Demo Jam ROCKS – from a losers perspective ;)

Follow RSS feed Like
14 Likes 2,533 Views 15 Comments
It was Tuesday night sometime back in 2009 at my first TechEd where I was sitting in the audience and really wishing I was standing up on stage, presenting something inspiring and innovative which would encourage the votes of the demanding audience of Demojam. Well, it took 4 years to creep over personal hurdles, family time and to gain an ounce of courage which persuaded me to post an entry in 2013, this blog gives some insight into what I did, what I would have done differently, and also why Demojam really needs people like YOU!

A couple of months ago (May through July) I went through the openSAP HANA course and was really impressed, not only by the DB, but more the HANA XS Engine as an Web/App server. Being a “learn by doing” kinda person I struggled to get the most out of the course content since it really didn’t apply to anything I was currently working on, until I realized the opportunity… As I described in my demojam presentation, I drank the HANA coolaid 🙂 Personally, it was not so much of the big data aspect that intrigued me, but rather this concept of the DB and the app server really being a single entity from a platform, as well as infrastructure perspective. Simple. I spent a couple weeks learning a lot more, since I had something to apply it against and started developing an app called Metric²

“I realized that while there are a lot of applications which are using HANA, there were very few for HANA.”

My goal with Metric² was to build a web based realtime platform for showing how your HANA instance was performing, and subsequently, how your business was actually benefiting from having this type system and helping your business run better. The concept was to try and correlate performance with user impact.

Around the end of August, Metric² was doing what I had intended and I decided to submit the app for Demojam, although, my original anticipation was to build something far more purpose built and “crowd” pleasing. However, I was really hoping that the free perspective, something useful – realtime dashboards – and a good use case – audience involvement – would hopefully win the votes and hearts of a couple techies in crowd. I created a submission video and a couple days after submissions closed, I got a welcoming, but equally nerve wracking acceptance email. Graham Robinson was actually the one who sparked the idea of a Demojam submission with his comment on a small Mac app I developed for HANA called xSync. I both cursed and thanked him for about 2 months straight when I was wondering what I had gotten myself into 🙂

After getting accepted, I had a couple interesting challenges, my 1st priority and goal was to deliver the app at Teched, which meant between the acceptance email (around the 20th of September) and October 20th (TechEd) I needed a fully function product. I also needed to put together, and have a solid presentation nailed down. I subsequently neglected the last point and as always, focused more on adding features and functionality to the app. I had conceptual ideas about what I was going to present, and set out to do something a little different by getting the audience involved by using the actual system I built to show its purpose and functionality, but also to make them feel a part of the demo.

Shortly after being accepted you also have the opportunity to have a online session with Tobias Queck and Sebastian Steinhauer, 2 really great guys and coaches who listen to your demojam pitch and provide some really solid feedback on what their thoughts and suggestions are. After speaking with them, it really calmed my nerves and gave me a certain reassurance that I was going to be OK. A great and well needed confidence boost, especially for a first timer.

Well the 30 days between the above mentioned dates just flew by, and before I knew it, it was TechEd time. The first two days of TechEd for me, included the awesome Innojam event – I thoroughly enjoyed myself, but ended up spending considerably more time helping out than I anticipated and did not get as much coding done as possible. Yes, I was still writing code 2 days before the presentation. Adding features, optimizing things and getting the website finished. Innojam wrapped up on Monday evening, I skipped the keynote to do additional coding and practicing my pitch, the Tuesday of the event unfortunately came pretty quickly and my nerves were starting to get the better of me. I was super stressed to go up on stage, especially knowing it was going to be tough to beat the other participants. I was optimistic and pressed on … on Tuesday the demojam rehearsals start around midday. You get to run through your presentation twice, with others watching and the stage/event crew helping you out with monitor setup, displays, etc. You get to meet the funny and friendly Ian Kimbell, and also Tobias and Sebastian who coach you through your pitch once again, providing some really helpful feedback.  This really helps ensuring that your demo goes  smoothly.

A word of praise – The events team are amazing people, they will literally do anything to make are you are comfortable and happy and EVERYTHING you need to be successful. I do not have enough praise for them. They really go above and beyond, and this image should give you an idea of just how far they go. 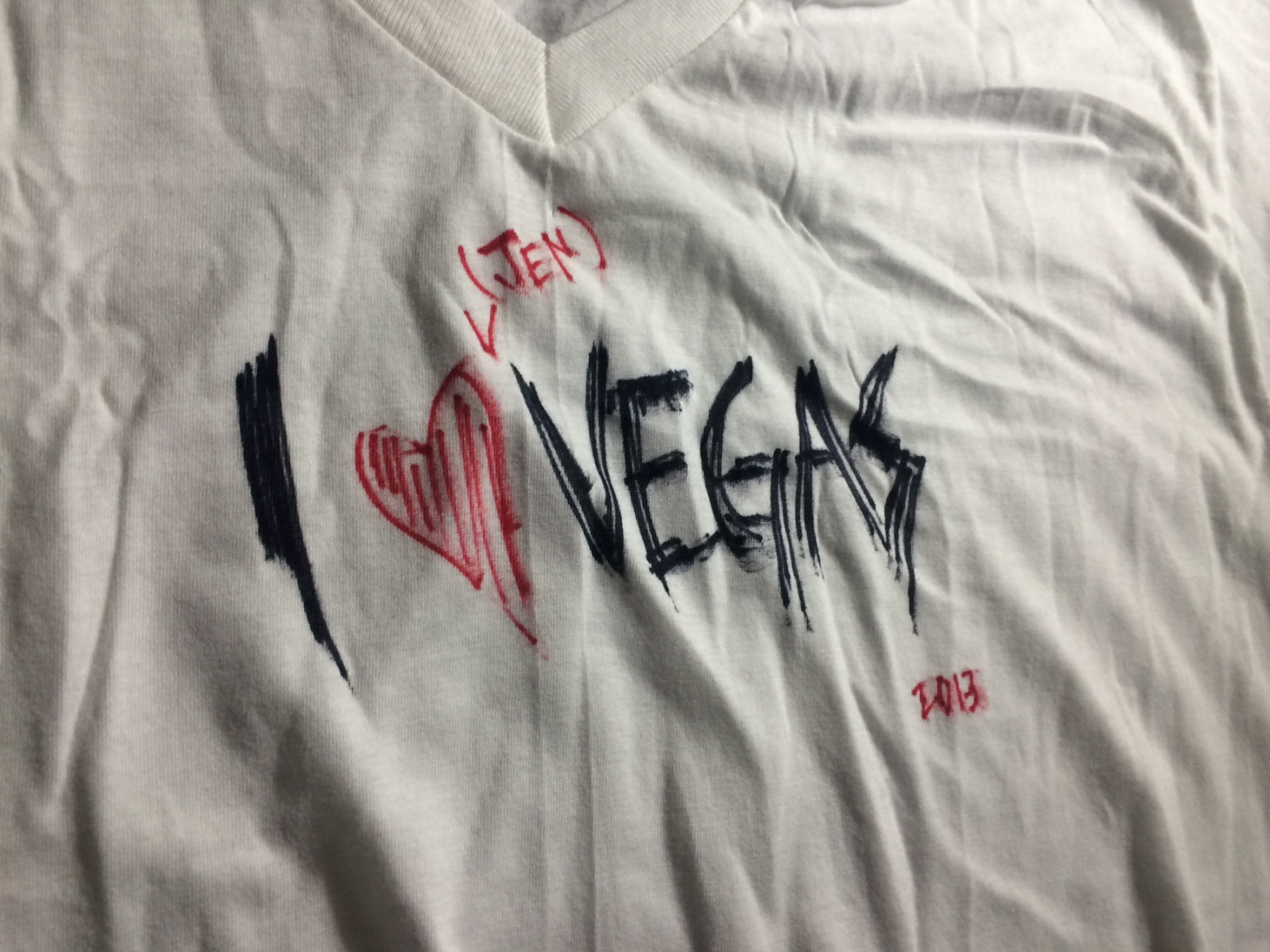 Jen Abrahamson (part of the talented events team) gave me this shirt just before the event!

While going through my 1st rehearsal I was so nervous I left out close to 40% of the pitch/demo and still had 2 minutes on the clock, at that stage, i realized I needed more practice and I spent the rest of the afternoon going through my talk over and over again to engrain it as best I could. In between that – as you can guess, I was also doing last minute code changes making some small modifications. Having the audience involved proved to add its own set of challenges, since I didnt have a full time HANA system and using the developer image on AWS, it was far from a very powerful machine, I spent quite a lot of time running load tests, but was never 100% sure who and how users were going to influence the performance and subsequently the outcome of the demo … major stress factor 🙂

Around 8pm the event started and I got my time on stage, I went through my presentation and felt it really went pretty well. It was reasonably well received, with the exception of me forgetting to mention that the app has support for gestures using the Leap Motion. During the demo I walked over to the large monitor to show this functionality, it did not work – making me look like i was swatting or catching flies 🙂 Boo. 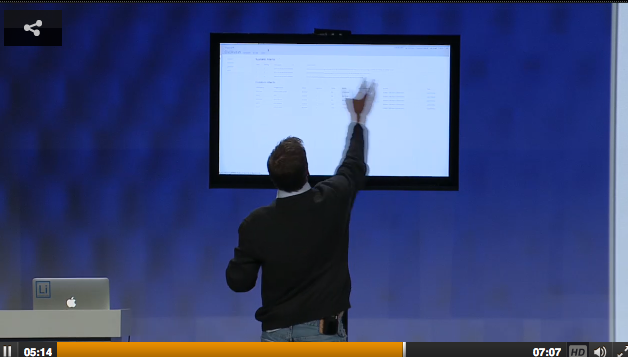 “Tell people what you are doing and why, that way when it does not work,

people at least understand what you were attempting to do….”

With around 2 minutes left I asked the audience to open up the demo website on their mobile device and they got to pick which pill they wanted to purchase from my online store (running on HANA) which was being monitored by Metric². Up on the screen you could see the orders being completed in realtime and how the system was reacting to the new load. In the end around 700 orders were completed which was great, and to me, is what made the demo a success. 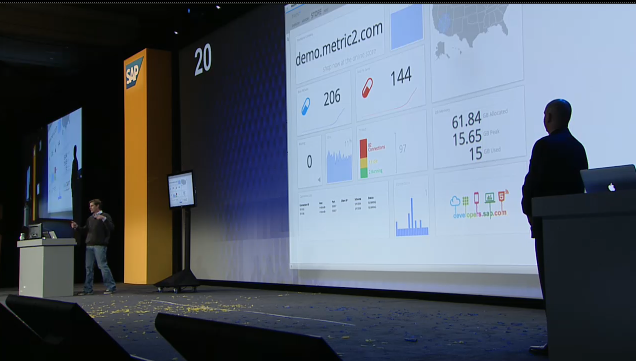 Link to my Demojam presentation

I was subsequently voted off the stage in round 1, I walked off the stage pretty disappointed … all I could think about was what I would need to do to win it next year. Its official, I am hooked. I now understand why John Astill has done this for so many years over and over again.

In the end, I *really* want to win. I already have around 5 ideas about what I could potentially do next year and I really hope i get the chance to redeem myself and write a sequel to this blog post, but from a winners perspective 🙂

Thinking of submitting an entry? Here are a couple tips which I learned:

The Demojam event needs some changes …

I noticed a couple of tweets a couple of days ago about changing rules, and doing things differently, having now participated in an event, here is are my feedback/comments to the demo jam organizers:

Demojam ROCKS, I am truly grateful for an opportunity to participate. It was a great feeling to have completed a life long dream of mine. I got 6 minutes of fame up on the same stage as the greats of Vishal Sikka and Hasso Platner. Here’s the best part – YOU can too. All of us have done something outstanding, something creative and something I/WE/YOU/SCN/Attendees want to hear about. I encourage you to create or share a concept, a dream or just a downright outrageous idea for next years demo jam, and hopefully join me in showing your peers, friends and family that you are a dedicated and a creative innovator of awesome enterprise technology.

For those of you who would like to download/check out Metric² – its coming! I had a huge amount of great feedback at TechEd and I am in the process of making some of the suggested changes to make it a little better before throwing it into the wild. (I developed the entire app on the concept of polling due to the XS Engine limitation of not supporting Web Sockets in SPS6 = not perfect.) You can stay up to date using the website here: http://www.metric2.com