This is my second blog post for the Data Geek Challenge. I found various data sets describing demographics and some other aspects of Serbia. Some data sets are from Census 2011 and other are from different statistical research projects. Altogether, they give one interesting statistical picture of my country.

On the first graphic we can see population structure by age groups and gender. We may notice that the most numerous groups are people from 50 to 65 years of age. In Serbia, one of the national issues is low natality rate, so we can say that the population is aging. 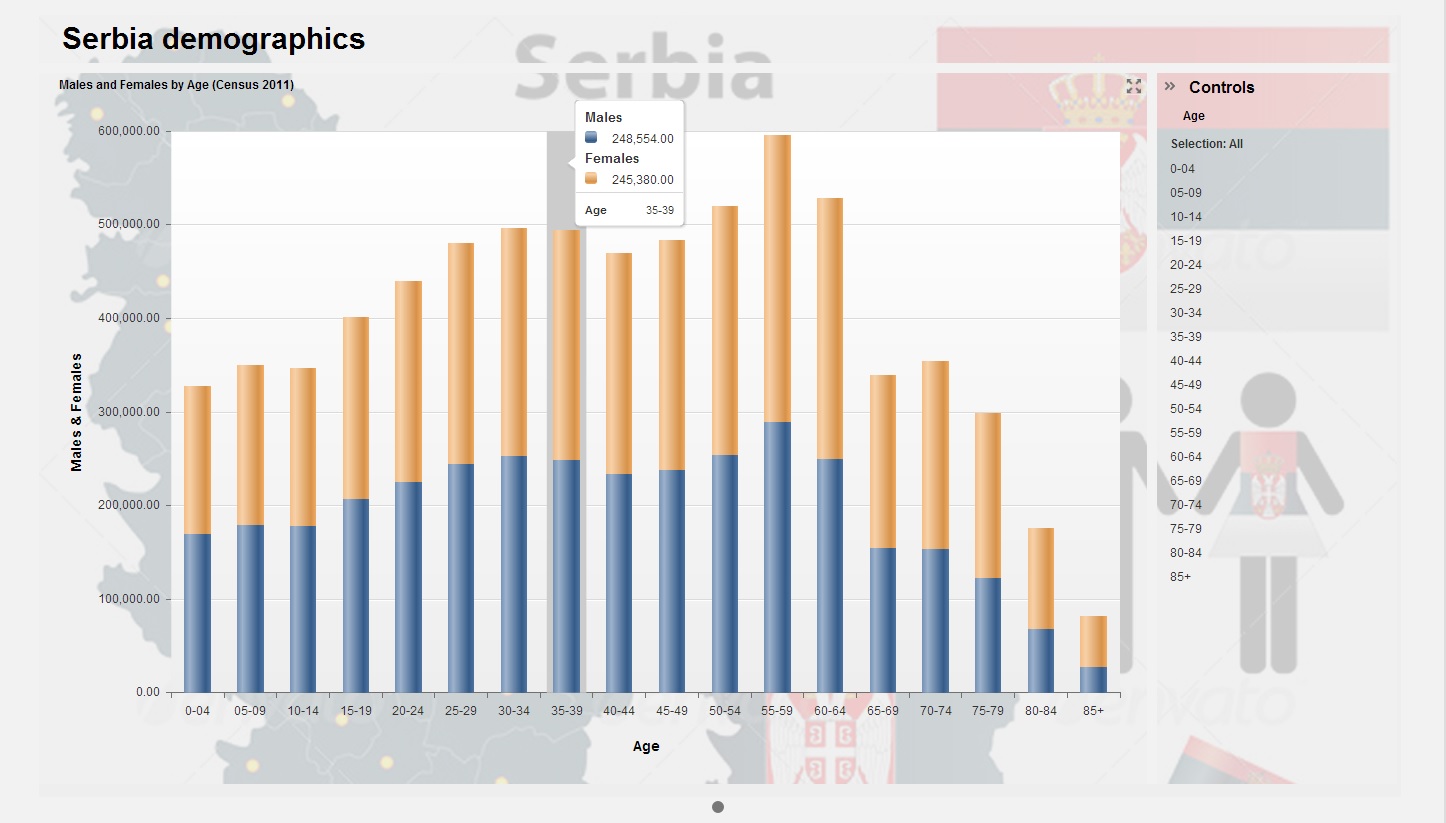 Serbia is multicultural country. On the second graphic is population structure by nationality or ethnicity. 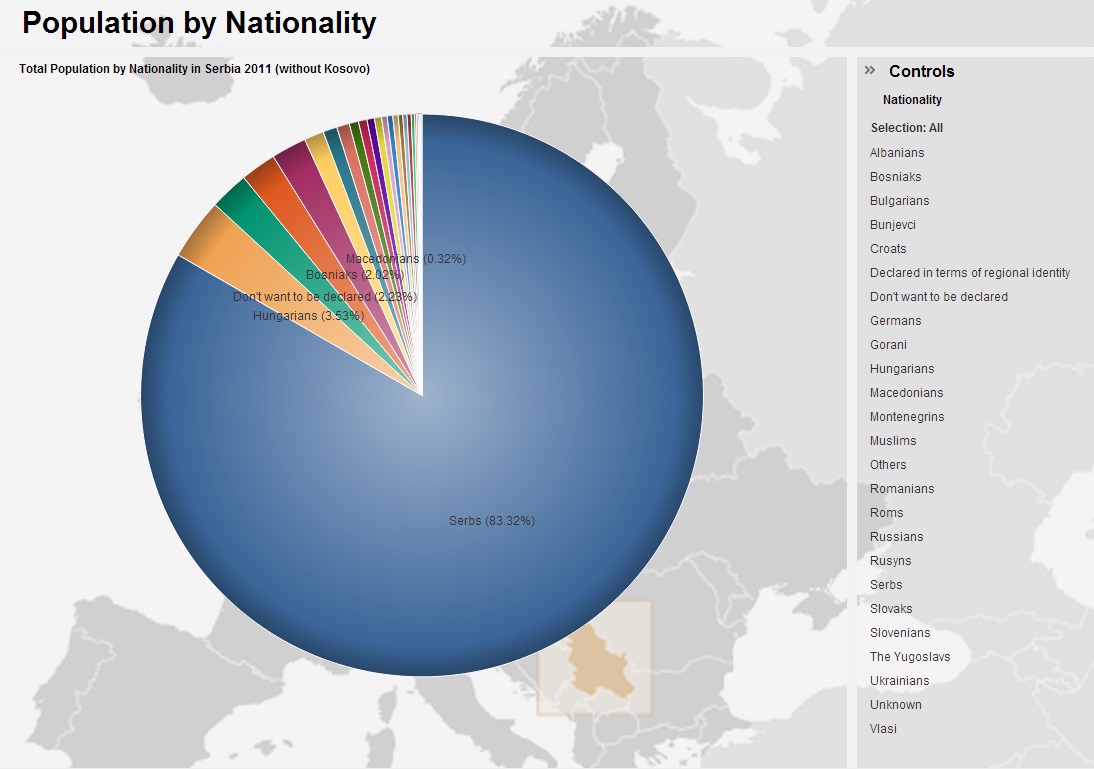 Next we look at basic demographic indicators for Serbia. These are: 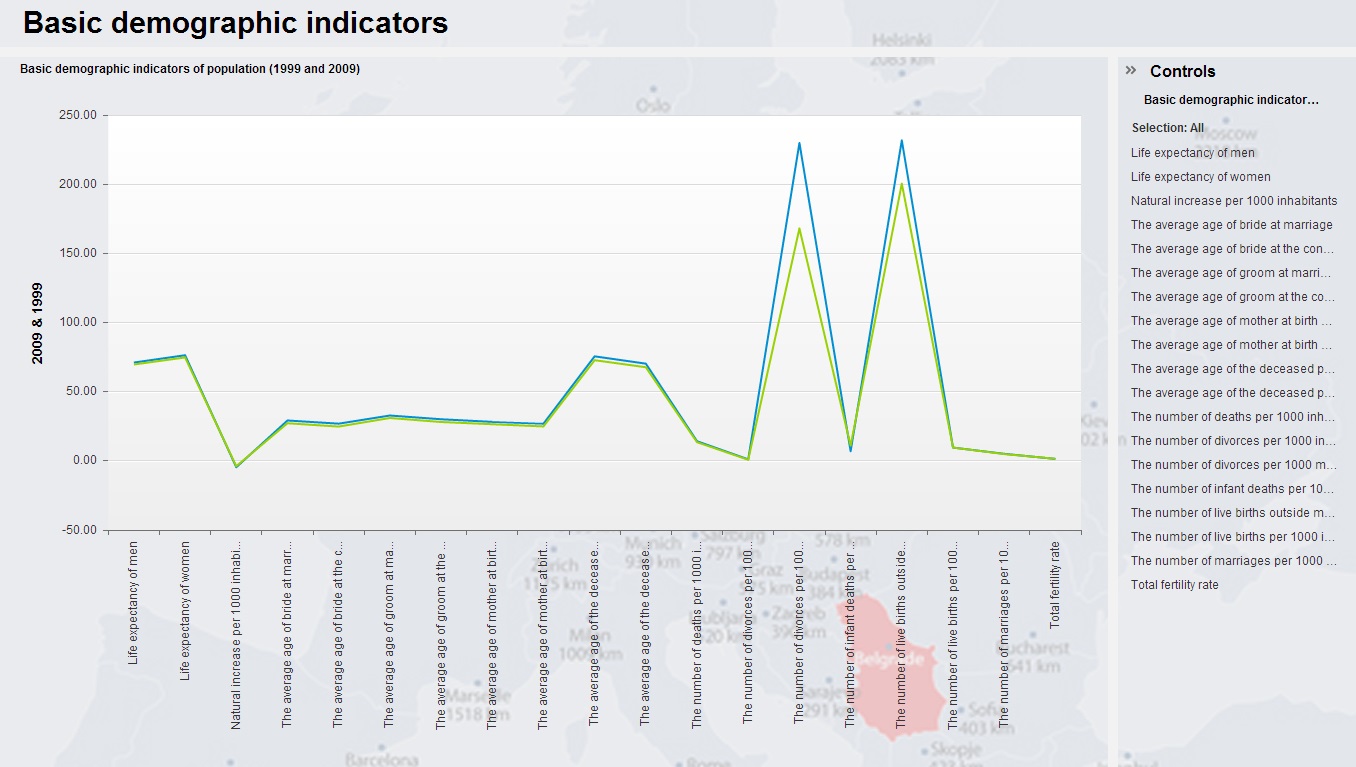 Number of Serbs living abroad is very high. Because of earlier wars, sanctions, and the poor economic situation, many Serbs left to live in foreign countries. On the next graphic we can see Serbian diaspora. 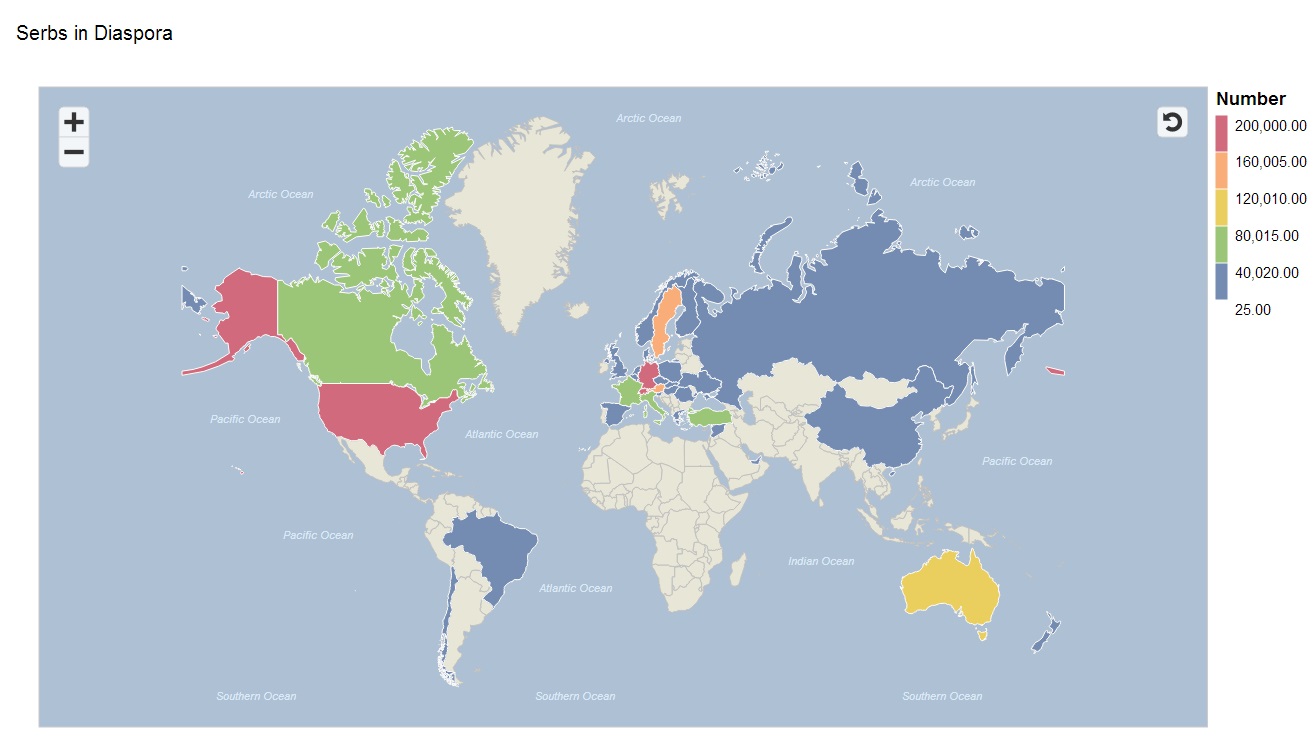 Unemployment rate is very high in Serbia and that is one more of burning national issues. 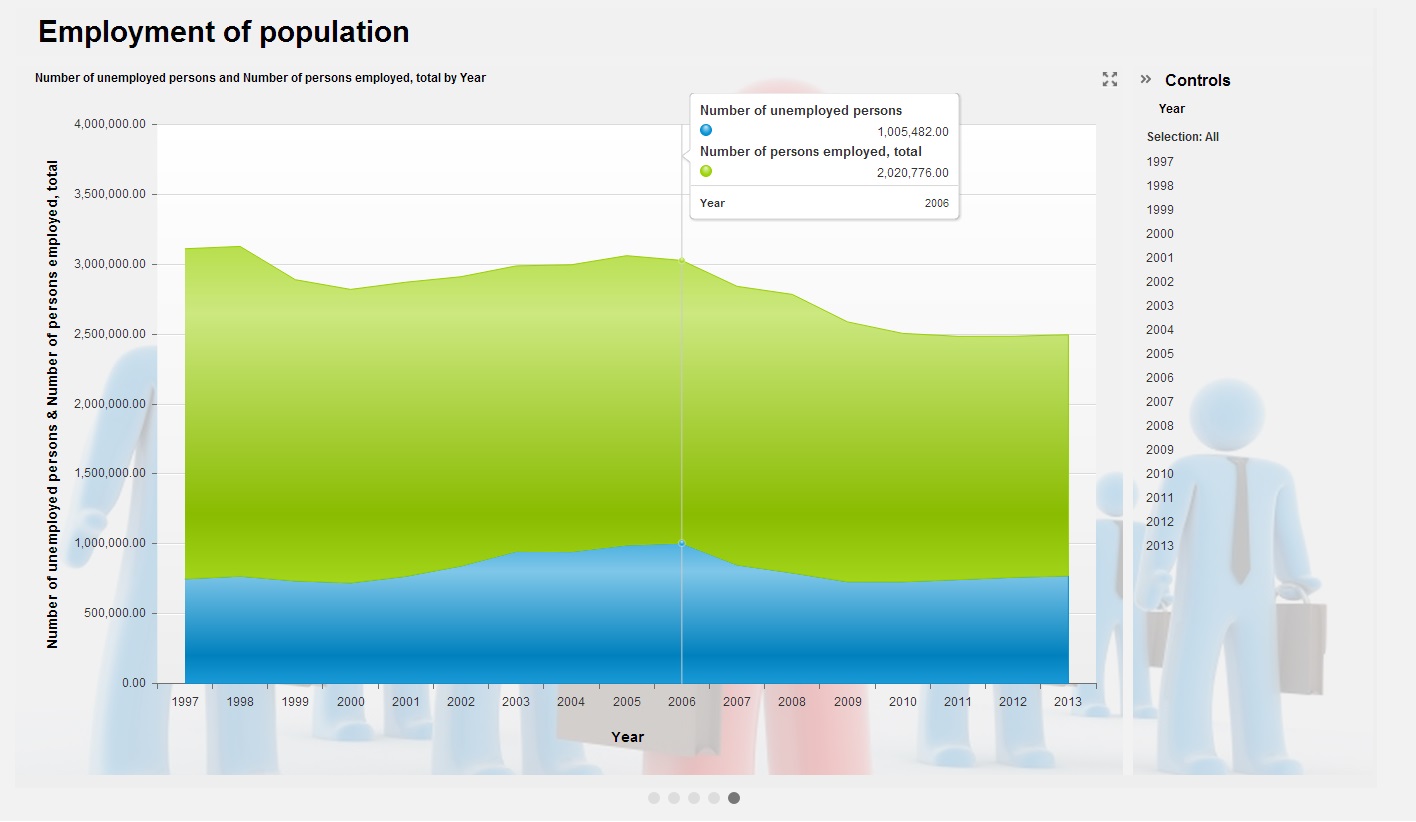 Average wages are even now very low compared to European standards but that is nothing comparing how it was in the 90’s. I can remember that we could buy just a few products in market for whole month salary. It was the time of hyperinflation. Today, economic situation of the country is stable and on the rise. 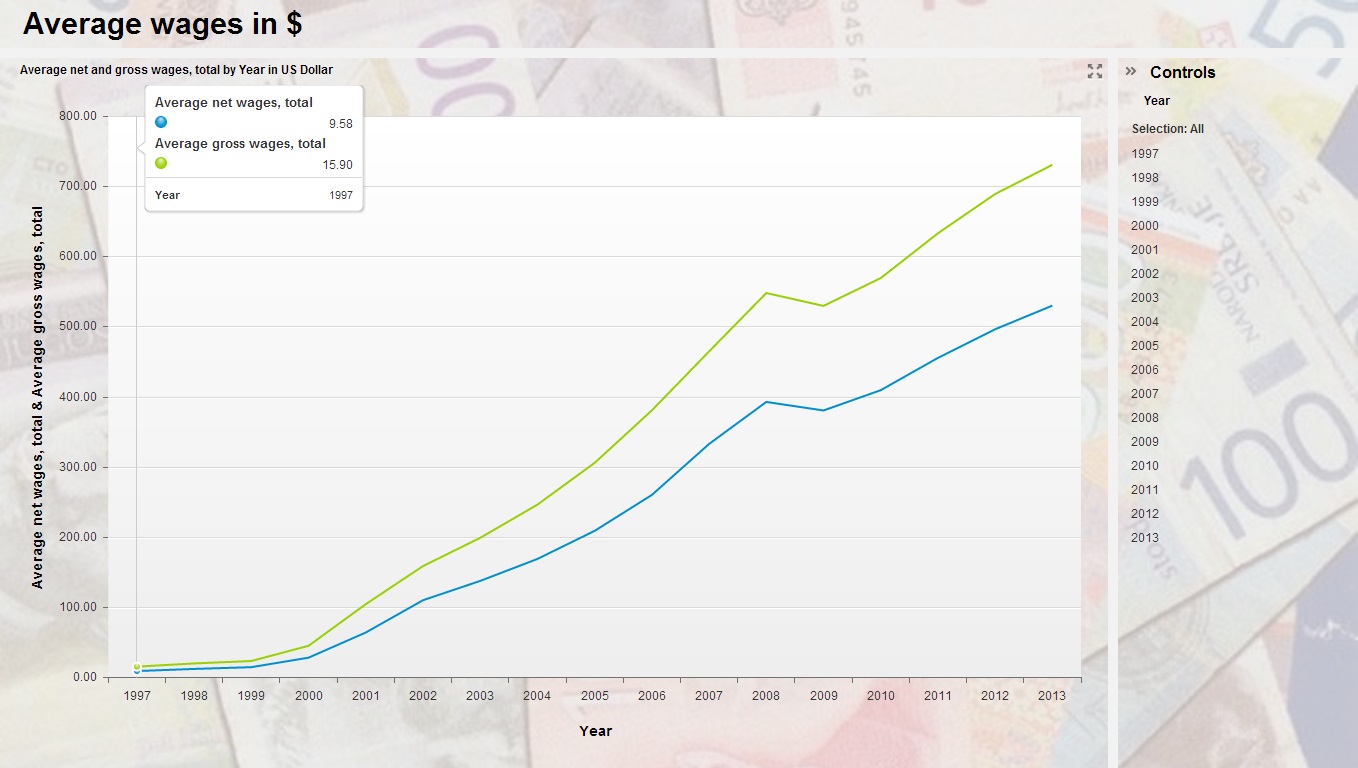 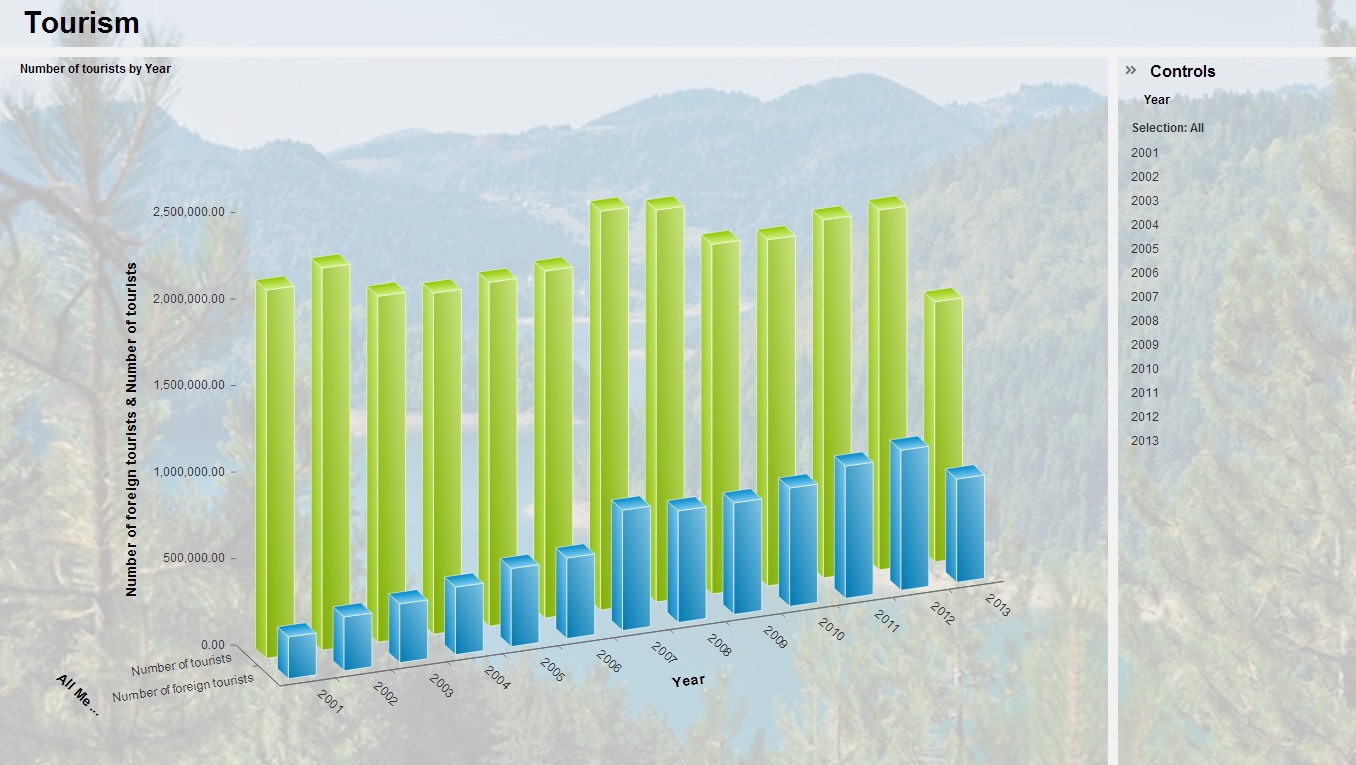 Belgrade is the capital of Serbia and the largest Serbian city with 1.65 million people live within the administrative limits. I live in the second largest and by me the most beautiful city in Serbia, Novi Sad. At the end, I wish you to come to Serbia and meet my people and culture. You will have a good time, guaranteed!

Thanks for reading and have a nice day!

Wonderful analysis! Great Work. Thank you for sharing this info.

Yes. You are perfect. It is very very addictive. 😆

This is an excellent use of the SAP Lumira!

Did you end up using some of those resources we shared with you last time?

How long did this project take you?!

I have used these:

and maybe some other. I downloaded many xls ..

It took me couple of days to find everything and about five hours to prepare data and visualize in Lumira.