Another Teched ends and now it is time to look back at all the things i learned and the people I have met. I was able to visit the venue on tuesday and thursday and on those days I went to a lot of sessions. Tuesday started with the Keynote as it probably did for everybody. A huge stage was set up giving the impression you were entering a rock concert!

The keynote’s focus of attention were Fiori and HANA. In the introduction Bernd Leukert compared building your reports directly from detailed data to the painting style pointillism to point out how detailed data can function to build an image if you stand back and look at it. 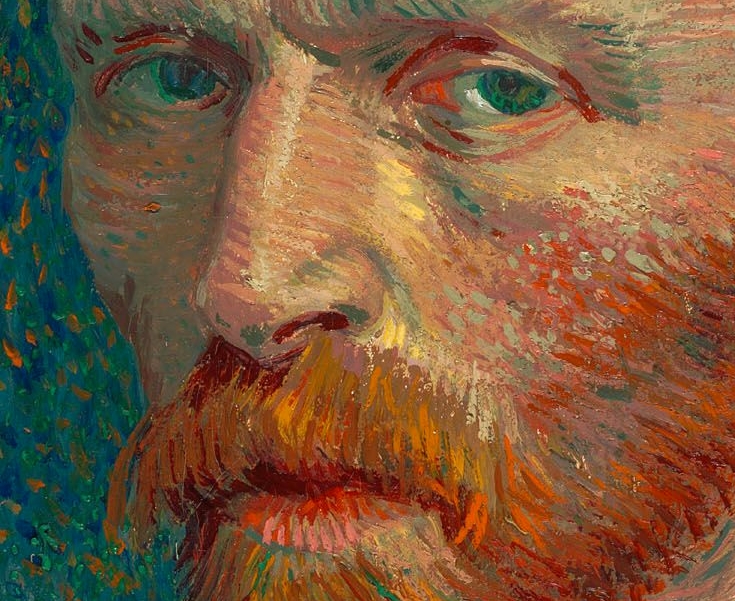 A lot of examples were shown about the speed of HANA and the kinds of user interfaces that are possible with Fiori.  Fiori can basically put an user interface layer over your system landscape to create an user experience independent of which system delivers what part of the functionality.

SAP products They started working with SAP BW  already in 1999 using the 1.2 version. What impressed me was their wish list for the 1.2 version. The fact that they could show such an extensive list proved to me that they really did use Design Studio extensively. It also became clear that 95% of their wishes were being addressed in the 1.2 version. Only drag&drop and planning were still lacking.

In other sessions I was introducted to the new features in 1.2 in more detail. A lot of components have been improved and it seems there is a lot more we can do now with Design Studio. I am particurarly excited about the SDK as it sets up a way to insert a number of visualizatons into the applications. I had a discussion with one of the presenters and we talked about the implementation philosophy of Design Studio. The presenter told that it was a strategic choice by the developer team to first aim for stability and then start adding features. This off course could result in disappointed reactions from the customers but on the other side you immediately can use the software tool in an production environment without too many problems.

In retrospect I think the Teched is really THE platform for these kind of discussions were you hear more of the inside stories instead of marketing / sales talk. For me this discussion was one of the highlights of the day.

At the end of the day I went to a network session from Sjoerd van Middelkoop. He showed how he was able to perform a what-if analysis in Design Studio. That should normally be very tricky as there is no planning function as yet and thus writing data to a back-end system needs a little sorcery. Luckily they knew the right spells and showed us how they triggered an application in the XS layer in HANA using the opennewwindow method of the design studio application with parameters.

On the Thursday I first went to the inno jam coding to play around with HANA studio. The Innojam guys were very welcoming, even though I could not bring much experience into the mix. Craig Cmehil told us the basics and from there we could just try out things. Craig took some additional time to tell us what innojam is all about and how they are dedicated to bring an inspiring coding environment to any place that provides them with a roof and an internet connection.

After the innojam coding session i went to a  predictive analysis Q&A session by Mark Hefferman. Mark also did the Hands on session on wednesday but unfortunately I was unable to visit that session. 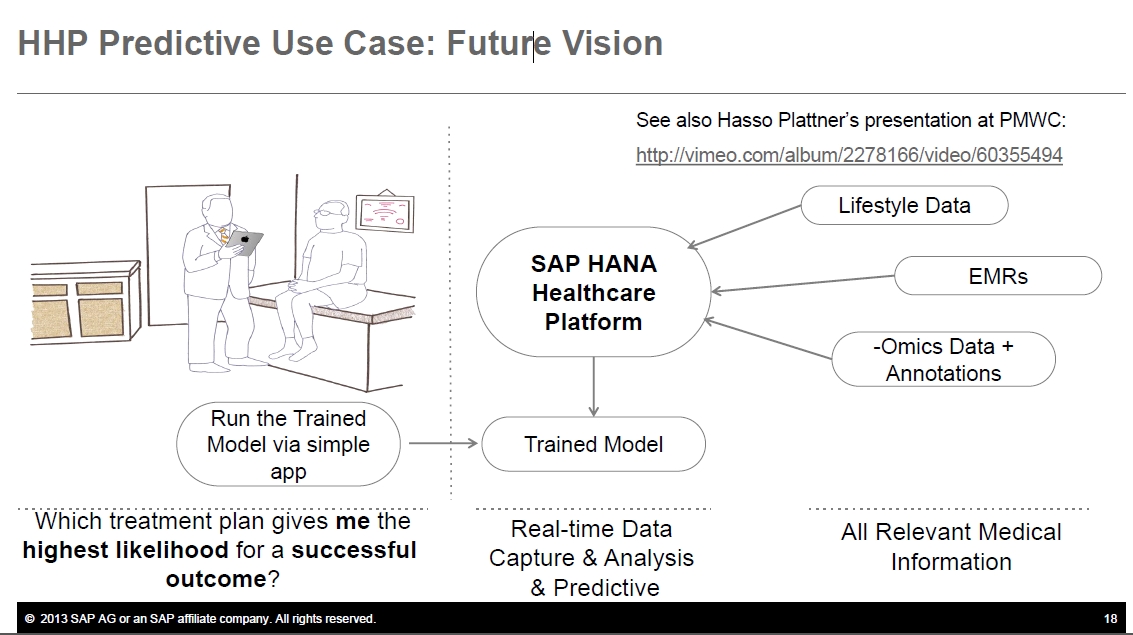 It was a shame there were only five spectators for the Q&A session so Mark decided to just take another seat and make a conversation out of the Q&A session. The more intimate setting resulting from this setup,  the subject itself and the enthusiasm Mark showed made it a great session.

He told us how they were collecting data for the German cancer institute and were building models on this data that will be able to predict which therapy would lead to the best survival rate % after 5 years.

Mark explained how they collected data from many source systems (hospitals etc) and how they cleansed the data and were building models. For each patient they recorded 21 variables and additionally were using smart phones.

With smart phones they now are able to record how the patients were doing outside of the hospital environment. As this data never was being registered on this level they expect valuable data from this additional source.

I really got a boost from this session and I will be sure to look for Mark Heffernan in future sessions because I will visit any session he is lecturing!.

Then onto another subject. Visualization. Ethan Jewett, a sap mentor, gave a lecture on visualization in the the data browser. We looked at the new possibilities such as the d3 library and had a discussion about how we could use this for building visualization in our own applications.

The demo had some hitches but I only could relate too well because when I tried these things at home I noticed it is very easy to get into syntax issues with javascript like code.

Then it was my turn to be on stage. Together with Wouter Goslinga, Xavier Hacking,  and under the supervision of Ronald Konijnenburg we did the first NL BI podcast for a live audience. We suspected that a lot of the audience would be not able to understand Dutch so we decided to do an English NL podcast  to keep everyone who was attending involved. It was a very fun session with a lively discussion about BW, HANA, Design Studio, Fiori, Predictive analysis and anything that came to mind. At the end of the show we gave a book away about design studio (http://www.sap-press.com/products/Getting-Started-with-SAP-BusinessObjects-Design-Studio.html)

The question was which keys of your keyboard are being used the most in Design Studio would earn a book about Design Studio. The first contestant had a quite skeptical view of Design studio and thought the <DELETE> button was a prime candidate, however the second candidate got the price however providing the right answer <CTRL>  <SPACE>.

After the podcast session we uploaded our broadcast as fast as possible (www.denederlandsebipodcast.nl)

That also concluded my teched experience for Amsterdam 2013. I learned a lot, met a lot of people and had a great experience.

Going forward my  personal objectives are to continue building stuff in Design Studio, using the SDK. Learning HANA (open.sap.com), learning predictive analysis and getting the hang of the D3 library. That’s quite a list coming from one Tech Ed!

thanks for sharing your impressions of the TechEd.