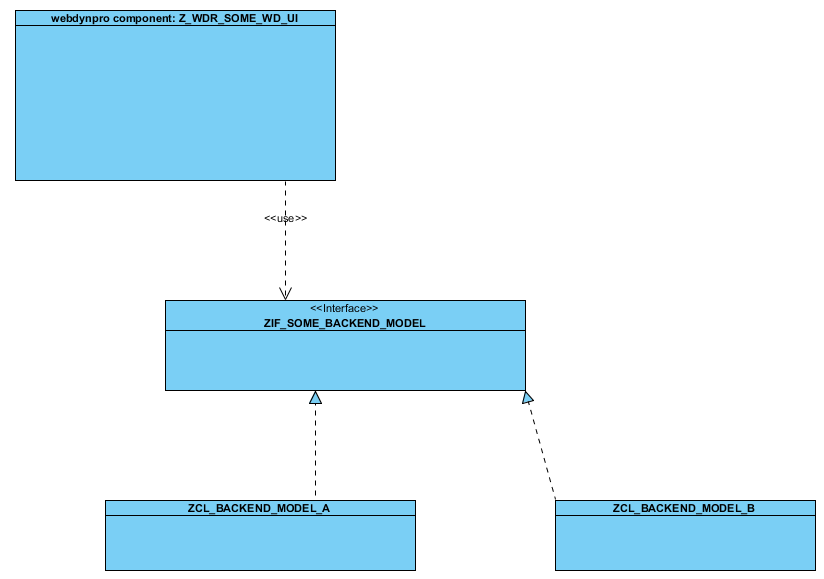 Model A and B may be switched depending on some constraints which can be defined by the user but which we are not discussing here.

But: In case ZCL_BACKEND_MODEL_B does its work, an output stating e.g. that the backend data is derived by an external system should be shown as an info message in webdynpro.

The first approach is to apply specific methods which allow the UI to get some kind of a message from the backend. 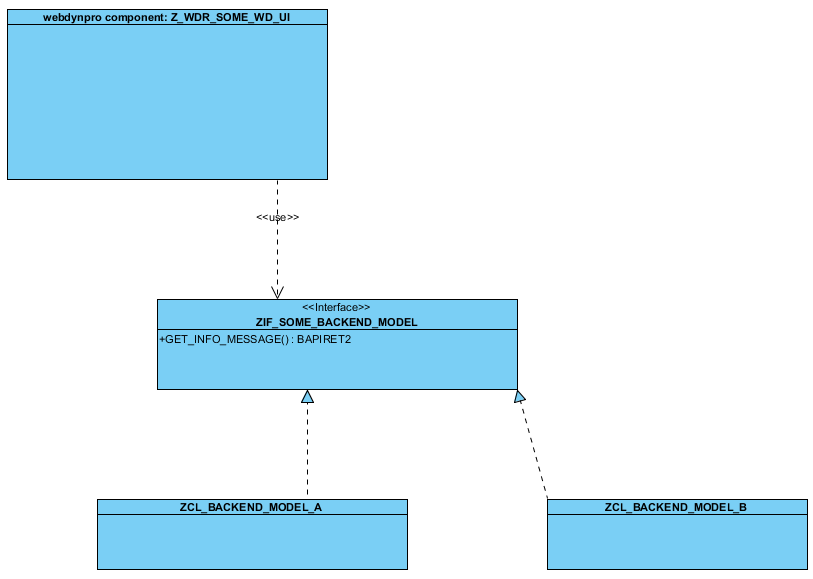 This means, method GET_INFO_MESSAGE ( ) needs to be called by the UI and depending on wether or not some message has been specified, the message has to be displayed.

This is a quite simple approach.

But there is also a disadvantage to this approach: By extended the interface with the GET_INFO_MESSAGE-method, we introduce a new concern to the application, which is completely useless for backend model A. Only backend model B will ever provide some messages to its caller (which is, the UI).

Even worse: Every implementer of ZIF_SOME_BACKEND_MODEL will have to implement at least an empty implementation of that method to avoid runtime exceptions when a not implemented method is called.

The second approach makes use of the Inversion of Control principle. Instead of asking the backend something, the UI tells it to tell its message manager what it thinks is newsworthy to tell.

How does it work? The most crucial difference is the existence of a new interface ZIF_I_AM_COMMUNICATIVE.
It is implemented only by Backend Model B. 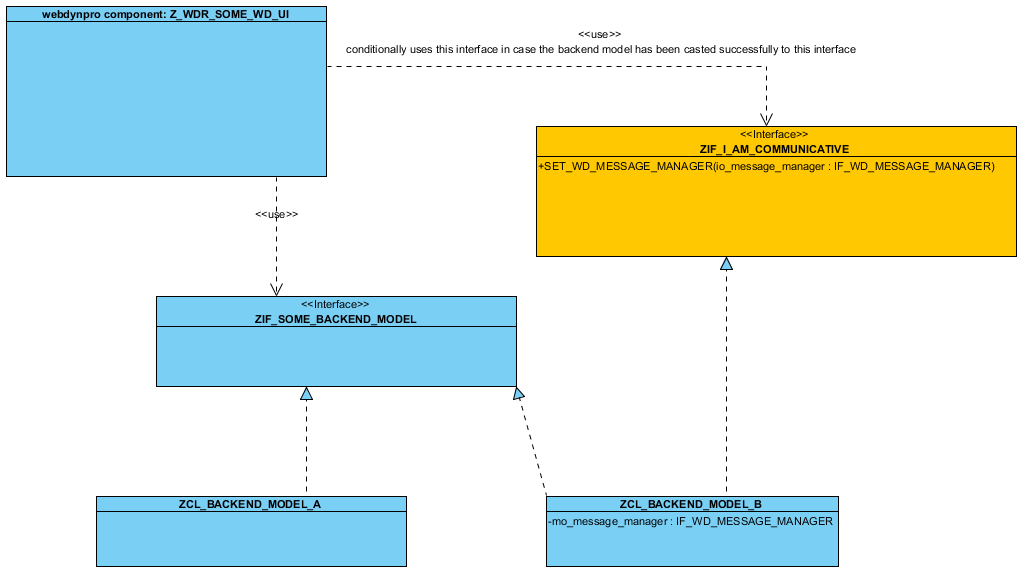 In case the downcast succeeds, the webdynpro message manager of the UI component will be transferred to the backend model.

This gives backend model B the opportunity to show a warning / info message to the UI informing the user that backend model B is active. This could happen at a time point of time which can be controlled by the backend, not by the UI.

Usually you should avoid having such kind of dependencies as they might imply problems when working with dependency tracking techniques such as IoC Containers.

Also, the coupling between backend model B and the webdynpro  runtime is increased by introducing the interface IF_WD_MESSAGE_MANAGER to the backend class.

To avoid these issues you might consider to wrap IF_WD_MESSAGE_MANAGER inside another, more abstract class, e.g. a generic message manager interface whose implementers may work also with classic dynpro screens. Instead of the webdynpro message manager, this wrapper class instance would then be injected to the backend. However such an approach might be kind of over-engineering in the first step.

We decided to go for approach #2 as it was the least invasive and the most flexible one. We might consider implementing the refactoring mentioned in the disadvantages section of approach #2 in the future. However, the approach works like a charm right now.